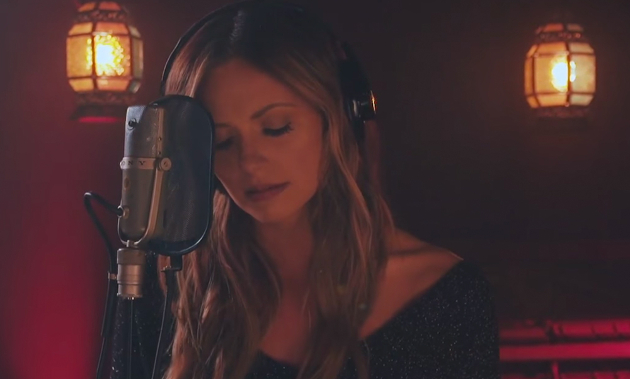 You may have never heard of Carly Pearce or her debut single “Every Little Thing,” but you soon will. As the latest benefactor of iHeartMedia’s “On The Verge” radio program that puts a shot of adrenaline behind the single from an emerging star, it’s virtually guaranteed to rocket to the top of the charts, even as iHeartMedia itself teeters on the bring of bankruptcy. With the dreadful prospectus for any female on radio these days, any unfair advantage should be unflinchingly seized upon and used without the specter of guilt.

Signed to Big Machine Records, Carly Pearce has the authenticity an act like Big Machine’s Americana-flavored Midland craves. Born in Taylor Mill, Kentucky in the northern tip of the state, Pearce was playing bluegrass at 11, and dropped out of school at 16 to move to Dolly Parton’s Pigeon Forge. There she landed a job playing bluegrass music six times a day, five days a week, and performed on a few bluegrass compilations albums as well. Carly Pearce’s musical acumen was formed deep in the roots of country music.

But of course when she moved to Nashville some eight years ago, she got gobbled up by the machine, signing the always circumspect “development deal” with Sony Music Nashville to ultimately be spit back out on the street. At times she’s been put in opening slots for Kelsea Ballerini and Hunter Hayes—not exactly in the same vein as Pigeon Forge bluegrass. But she soldiered through, showed up as a duet partner on Josh Abbott Band’s “Wasn’t That Drunk,” signed the deal with Big Machine, and after “Every Little Thing” became a favored track on SiriusXM, here she is as the latest to attempt to solve the female dilemma on country radio.

You can picture Carly Pearce in the Alison Krauss mold if you desire. She’s played some 30 times at the Grand Ole Opry over the last few years. And though her foundation is bluegrass, we all know what the commercial prospects of that discipline are. So at 27-years-old she’s emerging with a more singer-songwriter/R&B style, with a sedated and acoustic arrangement behind a breakup song produced by the sniveling, pop-turned-country producer “busbee,” who also absconds spuriously with a songwriting credit.

“Every Little Thing” isn’t just acoustic and rootsy in the window dressing, it features a by God dobro solo, and relies very much on the “less is more” approach throughout. The chorus doesn’t take that stupid, predictable rising action of most country pop compositions, yet Pearce’s ear for melody allows the song to peak on a heart-cracking note that drives the emotional pull of the song both accessibly, and intelligently. This is far afield from bluegrass, but it’s fair to call it a quality song in writing and arrangement, with wet signals and a moody vibe, even if the song has a fairly saccharine, radio-friendly disposition.

The problem with “Every Little Thing” is the problem with a lot of mainstream radio singles going into the summer of 2017, which is they’re just these slow, stripped, and sort of depressing offerings that make you wonder what the frat boys are going to listen to while they’re vomiting into the floorboards of their full size trucks? From the Maren Morris single “I Could Use A Love Song,” to Chris Stapleton’s acoustic only “Either Way,” country radio is all of a sudden becoming a bit sleepy. At least Stapleton’s track has a little umph in the performance. “Every Little Thing” feels a little too Adult Contemporary to get your pulse elevated above resting pace.

Carly Pearce is certainly a promising name. Perhaps she could be an Alison Krauss-style star for the future, releasing a few #1’s to radio to pay the mortgage and pull attention to some badass bluegrass projects with superpickers that won’t sell 50K. Or she could get sucked up into the machine and become just another overproduced pop country star. “Every Little Thing” seems to leave open the possibility for both.