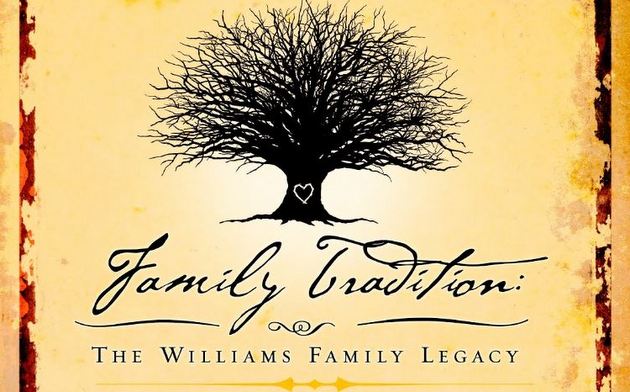 Family Tradition: The Williams Family Legacy was one of the Country Music Hall of Fame and Museum’s most successful exhibits in the institution’s history. The temporary exhibit drew scores of fans, and its run was extended due to popular demand. The display was originally unveiled in March of 2008, not only covering the lives and careers of Hank Williams and Hank Williams Jr., but Jett Williams, and Hank’s grandchildren Hilary, Holly, and Hank Williams III. The exhibit was originally scheduled to close in December of 2009, but was expanded and kept open until December 31st, 2011.

‘Family Tradition’ has been the most popular and critically acclaimed exhibition in this museum’s history because of the participation of the members of the Williams family, each of whom has generously loaned us heirlooms and artifacts, and helped us to tell the truest and most complete story about their family to date,” said museum director Kyle Young at the time.

Now the Country Music Hall of Fame and Museum has partnered with Google to bring the Family Tradition exhibit to life once again, and do so online so anyone in the world with an internet device can explore the lives, legacies, and artifacts of country music’s most recognized family.

Google’s Cultural Institute Project looks to create 60 unique digital experiences from the “world’s foremost cultural institutions,” and picked the Hank exhibit from the Country Music Hall of Fame for the project. Digitizing and displaying the original exhibit in a similar experience to how museum attendees experienced it in person, it’s the foremost digital look into the Hank Williams legacy.

“Our mission is to collect, preserve and interpret the evolving history of country music,” says museum CEO Kyle Young. “The Hank Williams story is a multi-layered saga of triumph and tragedy, set in the hardscrabble South over several generations. Partnering with Google allows us to tell that story around the world, beyond the life of the ‘Family Tradition’ exhibit. This collaboration is a game-changer.”

Google is also highlighting Carnegie Hall, the John F. Kennedy Center for the Performing Arts, the Lincoln Center for the Performing Arts, and the Metropolitan Opera as part of the project. “Our goal is to open up performing arts to all, to catch the eye of the curious and offer access to details that even die-hard fans have never seen before,” says Amit Sood, the director of Google’s Culture Institute Project.