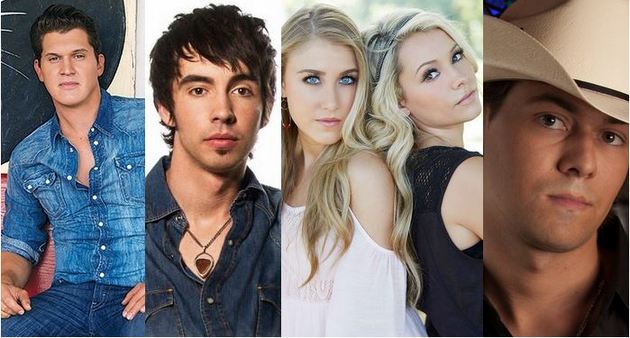 Whether it will actually happen or not remains to be seen, but if country music in the mainstream decides to swing back more towards the traditional side, many of Music Row’s major labels will be ready to take advantage with a new generation of young, fresh, and traditionally-leaning talent already signed to contracts, already getting experience on the road and on big stages, and even finding some success with singles that in previous years few would have never been given a chance.

Chris Stapleton’s recent success may have opened the door to new possibilities in the mainstream that were closed off during the last few years due to the permeation of Bro-Country and a general writing off of traditional-leaning talent, but if any movement is going to take hold, it will be from a new wave of names that many have never heard before, not just one. 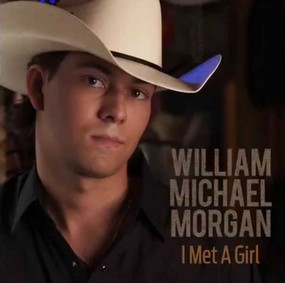 On December 3rd, Pandora released a list of artists that according to their data insights will be the ones to watch in 2016. At #18 on that list, which includes emerging talent from all genres, was William Michael Morgan—a Warner Bros. Nashville signee and a staunch traditionalist from Vicksburg, Mississippi whose song “I Met A Girl” has found some traction on country radio, reaching #43 on the charts. Though the chart showing may not be impressive, what is impressive is that Warner Bros. would take a chance on a young traditionalist, and put the effort out to promote him to a format that’s not particularly open to new, traditional artists.

Warner Bros. recently released a new video for Morgan’s “I Met A Girl,” and the song re-entered the radio charts this week. Meanwhile the single itself is selling quite strong for a virtually unknown artist even without radio play, speaking to the grassroots that can build under new traditional talent compared to contemporary radio talent. A very well-received rendition of “I Met A Girl” at the Grand Ole Opry also helped spread the word about Morgan. A new album potentially next year could put Morgan’s career, and his more traditional approach on a firm footing.

Speaking of the Opry, one of the show’s most beloved new performers recently has been the Curb Record’s-signed Mo Pitney. A down-to-earth, likable, traditional-leaning songwriter that has a natural penchant for performance and some well-known champions like Bill Anderson, he could be poised to be like the Randy Travis of a new revival if one begins to brew. With just his voice and an acoustic guitar, Pitney can do what many performers in country can only dream of, and the roots of country are firmly ensconced in his music. 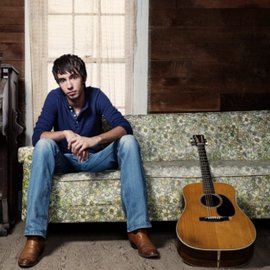 Just like William Michael Morgan, Pitney has been able to etch out a slight foothold at country radio, with his singles grading in the 40’s, but a breakout single has alluded him. Yet Mo continues to gain name recognition, and is poised to do well once he releases his first LP. Of course with Curb Records, the concern is always if and when they may release his record. The labels has become notorious over the last few years for letting too much time pass between releasing new music from their artists, and there’s still no word on when a debut Mo Pitney record might be expected.

One of the advantages to more traditional-leaning artists is they don’t necessarily need country radio to be successful. Kacey Musgraves, and to an extent, Chris Stapleton are excellent examples of that. So are Brandy Clark and Sturgill Simpson—two traditional-leaning stars who are more established in their careers, yet recently signed to non-Nashville wings of major label Atlantic Records. They prove that grassroots support can lead to album sales that sometimes rival, or even surpass the sales of new and established mainstream artists who do enjoy radio play.

Any attention from radio for upstarts like Mo Pitney and William Michael Morgan, especially considering their old school sound, has to be considered a sum positive, or even extra credit. At the same time, if there is a paradigm shift at country radio, artists like Sturgill Simpson and Brandy Clark could benefit since they now have major label backing. And recently, independent label Thirty Tigers has decided to get into the radio business, and this could spell better radio exposure for its roster moving forward. 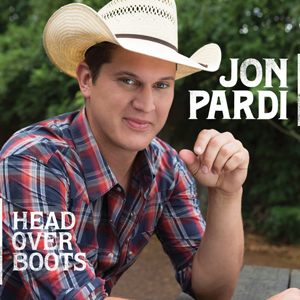 As a slightly more established artist, and one who has experienced some radio success in the past, the Capitol Nashville-signed Jon Pardi is another name that could be part of a traditional country resurgence. The Dixon, CA native already has a Top 10 hit under his belt with “Up All Night” from 2013, and a slew of other showings inside the Top 40. Earlier this year it looked like Pardi may be parting with Capitol. There just wasn’t a place for a more traditional-sounding 30-year-old on the roster who was unlikely to deliver a super hit.

But as 2015 wore on, the calculus appeared to change. It’s not just that these more traditional-leaning artists are able to sustain their major label contracts; it’s the signs of clear commitments from the labels to trying to keep their careers going that hint that a shift in the winds towards a more traditional sound could be on the horizon. Or at the least, major labels are hedging their bets, and diversifying their talent portfolio with traditionalists just in case.

While all of Jon Pardi’s peers appear to be jumping on country’s R&B craze, he released “Heads Over Boots” as the lead single to an upcoming sophomore album. Though the song isn’t exactly shooting up the charts (or super traditional), it’s holding steady, and even climbing, sitting at #35 in airplay at the moment, and was one of the greatest gainers the last week of November. Capitol Nashville is putting big money behind “Head Over Boots,” pushing it aggressively to radio, and wanting Jon Pardi to succeed and stay on the roster.

And it’s not just guys who may be part of an old school resurgence in Nashville. Big Machine’s Valory Music Group has a new artists named Tara Thompson with a more traditional sound looking to make waves soon, and even though they may not be traditional enough for some, Maddie & Tae are more traditional than most, and continue to find favorable and surprising  traction for their singles. That Pandora study that William Michael Morgan did so well in cited above? Cam, whose “Burning House” continues to do well, came in at #4 as an artist to watch in 2016.

A traditional country resurgence in the mainstream may just be pie in the sky, but if the pie of choice in the coming months or years becomes the one that’s homemade and home grown, Music Row’s major labels want to make sure they have a piece of it. The only constant in music is change, and traditionally, right when country goes so out-of-bounds and it appears all hope is lost, that’s the moment things begin to swing back to the traditional side. Some would argue it’s already begun now that Chris Stapleton walked away with major hardware at the 2015 CMA Awards and has his own single doing surprisingly well on the radio charts. Meanwhile Sturgill Simpson, and many of the new names listed above could have new albums coming out in 2016, while musical pundits are wondering where a band like Florida Georgia Line goes from here.

We won’t know for sure until it happens, but if country is ready to swing back to its roots, many of country music’s major labels are making sure they don’t get caught flat footed. Meanwhile many talented artists not signed to major labels will be there to ride the wave if it occurs as well. And even if it doesn’t, they will be perfectly content to continue to make the music they believe in regardless if Music Row pays attention.