Kane Brown’s “For My Daughter” Is Calculating, But High Quality 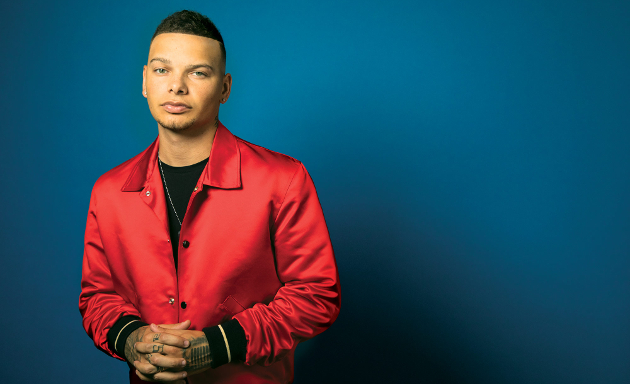 One of the worst things about modern “country” music and the way it is covered by the media is how it’s basically become nothing more than a real life soap opera, where fans rabidly follow the personal lives of their favorite music celebrities and buy 100% into their cult of personalities. Music is simply the excuse to sheepishly ingest their celebrity lifestyle, and the quality of the music (or lack thereof) is inconsequential.

Baby news, baby gender reveals, engagements and weddings, and the deaths of relatives or even pets are arguably more important moments for the popularity of many mainstream country performers than the release of a new record or single. Publicists push this information out to the media, the public laps it up, and labels plan important things like tour announcements and video releases around these personal moments shared with the public.

So when you heard Kane Brown had written and recorded a song to directly coincide with the birth of his first child, you couldn’t help but roll your eyes a little bit unless you’re a dues paying member of his fan club. Hey, good for him. He’s now the father of a happy and healthy baby girl and gets to look forward to getting screwed out of a good night’s sleep for the next 18 months like the rest of us schmucks. Oh but who are we kidding. Kane’s got enough cash for an army of nannys and wet nurses if need be.

Another annoying, if not alarming thing about Kane releasing his new song “For My Daughter” is that once again his team and label have added the track to his last album Experiment as opposed to releasing it as either a standalone track, or perhaps a track to include on an upcoming record, or on a bonus or deluxe edition of his current release.

Just like they did in July, the Kane Brown team has figured out how to change the official release date for the entire Experiment record on Spotify to November 1st, 2019—the day “For My Daughter” was released. This is opposed to the actual release date of Experiment, which is November 9th, 2018—nearly a year ago. Kane Brown & Co. previously changed the release date of the record to July 12th when they added another new song called “Like A Rodeo.” Why is this such a big deal? Because changing the release date sends the entire Kane Brown record through Spotify’s “New Release” promotion cycle as opposed to just the new track, giving the record an unfair boost in the streaming market by gaming the loose regulations of the system.

The release of “For My Daughter” is just all part of the smarmy way much of mainstream music does its business, which is gaming streaming markets and the gossip-thirsty media apparatus for attention and revenue. But when it comes to the song itself, Kane Brown deserves credit.

“For My Daughter” very well might be the most country, and the most quality track Kane Brown has ever written and recorded. Of course to many, Kane Brown is the biggest persona non grata in all of country music, right up there with Florida Georgia Line, Sam Hunt, Luke Bryan, and a select few others directly held responsible for ruining modern country, and for fair reasons. Simply mentioning Kane Brown in a favorable tone will be seen as nothing short of treasonous by many a country music online purist. And setting this song off against the rest of the Kane Brown catalog as the “best” isn’t exactly saying much.

But if country music is ever going to improve in the mainstream, credit must be given whenever it’s due, and especially if it’s for someone like Kane Brown. Tons of fiddle, and even the presence of some steel guitar make “For My Daughter” an inviting and compelling composition. But it’s the personal nature of the writing that makes this song something remarkable. Kane Brown’s father was incarcerated when he was growing up, and he never knew him. So when he delivers lines like, “They say history repeats itself, well, I guess that’s up to me. I grew up without a dad, I’m gonna be the best one I can be…,” you can’t help but feel it.

Sure, it’s sort of low hanging fruit to write a song like this and get tugging on everyone’s heartstrings. The approach to “For My Daughter” is less poetic, and more direct in a way that touches you, especially if you’re a father or a daughter, or grew up in a fatherless home, but it’s too overt to touch especially deeply. And the calculated feel of this whole thing is hard to ignore. But give Kane Brown credit for doing something bold with this song, being personal and revealing, and setting a career best mark.

One of the frustrating things about Kane Brown is the fact that he was strongly influenced by guys like George Strait and Randy Travis. It just doesn’t always translate into his songs. He should be collaborating more with folks who have fiddles tucked under their chins, not Marshmallows on top of their heads. Because as he proves here, he’s got the knack, talent, and voice for it.

Perhaps the birth of his daughter will reset Kane Brown’s priorities in life, make him reflect more on his upbringing and the country music that was playing in the kitchens and back porches of his formative years, bring him back to his roots, and compel him to record more songs like “For My Daughter.” Because if it did, it would be a massive improvement and turnaround in his career, and lend a helping hand to country music in the process.

For My Daughter, Kane Brown