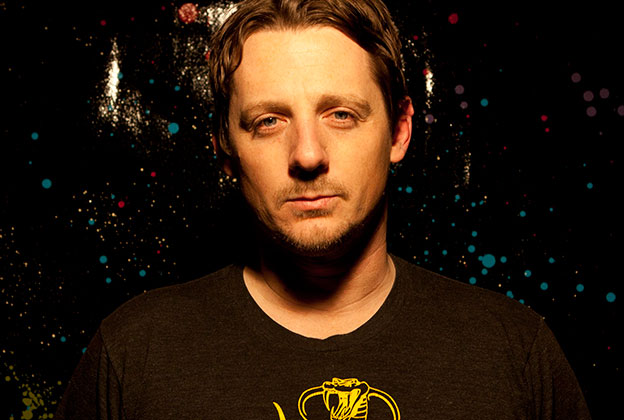 The hope of fans of any independent music artist is that they will be able to achieve a sustainable career, and that their music will find wider appeal amongst the listening public. In the last couple of years, we’ve seen this hope be achieved in big ways for artists like Shovels & Rope, Jason Isbell, Shakey Graves, and now Sturgill Simpson. When an independent artist succeeds, it’s important that we pay attention to what lent to that success so hopefully more worthy artists can achieve similar results, and to ask what that success might mean for music at large to understand where the trends in music are going.

Here are a few observations about what the rousing success of Sturgill Simpson means.

Blake Shelton once famously said, “Nobody wants to listen to their grandpa’s music.” Well apparently he was wrong, and in a big way. And what has been so remarkable about the appeal of Sturgill’s music is the breadth of demographics with which it resonates. As Sturgill Simpson has said many times, he’s regularly complimented by fans who say, “I don’t like country music, but I like you.” Sturgill Simpson is appealing to traditional country fans, to Americana and alt. country fans, to Texas country fans, to indie rock fans, to mainstream fans who are not afraid to dabble in independent music, and to music fans who don’t like country music at all, or at least they didn’t until they heard Sturgill Simpson. In a world of reactionary diametric opposition, especially in music, Sturgill Simpson is a curious consensus builder because he’s classic country, but still fresh and cool. Even the people who don’t like him, they don’t actively hate him. Metamodern Sounds in Country Music was the true embodiment of the “country music must evolve” mantra we hear mainstream artists use to justify their transgressions, but in the true meaning of the phrase. Sturgill Simpson took the old, and made it new again.

Independent Artists Can Make A Huge Impact, Even in Country

Forget that Sturgill Simpson isn’t signed to a major label and isn’t receiving any mainstream radio play, he’s still selling out venues and received a nomination from the Grammy Awards, while independent radio stations and national outlets like NPR keep the Sturgill love pouring in. The next big decision for Sturgill might be whether to sign with one of the major labels who’ve come courting after counting him amongst the fastest-rising stars in country music. Unlike many artists who move to Nashville ripe with talent but unproven in the marketplace, Sturgill should be in a position where he can negotiate his own terms, and even play labels off of each other until he gets the deal he wants. As Sturgill has said in the past, staying in control of his own publishing and creative control would be an imperative no matter who he works with. A major label could help propel Sturgill into the future and may even help him focus more on the music.

But as Sturgill has proven with Metamodern Sounds, he doesn’t need a major label. Simply the strength of his music is support enough for him to build a sustainable career. And if Sturgill can, then so can other independent country artists of our time. With big acts like Zac Brown, Jake Owen, and Keith Urban actively touting Sturgill, he’s like the Chris LeDoux of the 2010’s—totally independent, but with mainstream influence.

Impatience, wanting to release music ASAP, and being eager to sign big deals is what gets many artists in trouble. Though Sturgill Simpson may seem like some sort of overnight sensation in the way he’s rocketed to the top of independent music in such a short period, years of planning and uncompromising attention to details and insistence on doing things his way are what we’re now seeing the results of in his success. It was April of 2012 when Sturgill came out as a solo artist. It then took another 14 months before we saw his first album High Top Mountain. Before and during that time Sturgill said “no” to multiple opportunities placed before him until he knew he could move forward in the way he envisioned for himself, including opportunities that arguably would have been more beneficial for him in the short term. Sturgill signs with the wrong record label, makes an album with the wrong producer or players, and he may not be enjoying the same results we see today.

And one thing that’s not given enough credit is how Sturgill was able to capture people’s attention with his first album High Top Mountain, and then follow it up less than a year later with Metamodern Sounds. That quick turnaround is how he was able to keep his momentum rolling.

Management, & The Team Around An Artist Matters

No offense to Sturgill, but there are other artists out there in the independent music world with the talent to be enjoying similar success as he is today, but they don’t have the right team of people around them to help foster that success. An artist or band can’t make it unless they have a good booking agent, and good manager, sometimes a good producer to work with, and a support team around them of friends and family and fans who help facilitate their dreams instead of weighing them down with obligations and expectations.

Just like you can trace back a lot of Jason Isbell’s recent success to his manager Traci Thomas, Sturgill’s success can be traced back to his manager Marc Dottore (also the manager of Marty Stuart, Kathy Mattea), and both Isbell and Sturgill can thank the support structure of Thirty Tigers–a quasi management/distributor/promotions company that acts similarly to a label but with the artists retaining their rights. Just like Jason Isbell, Sturgill Simpson benefited from the services of producer Dave Cobb. And Sturgill Simpson has said many times that it was the nudging of his wife that got him back into music when he’d all but written it off on numerous occasions. In the midst of all of this Sturgill success, he also welcomed a son into the world, and has had to juggle those obligations with all the attention and increased obligations of being a successful music artist.

Be Leery of the Underground

You look at artists like Sturgill Simpson, and even more so with acts like Shakey Graves and Shovels & Rope, and you see artists that take a very underground approach to their music. They’re just as underground, if not more underground than many underground artists. So how did these acts rocket to the top when so many artists that are so similar, or that even influence the sound of these bigger acts, are still stuck playing poorly-attended shows and struggling to eek out a sustainable living? It’s because despite all the talk of the support for the music that exists in the underground—the whole family feel and the positive vibes that everyone touts—the behind-the-scenes back biting, the lack of organization and reach, and the typecasting many underground artists receive—fair or not—for being punks with acoustic instruments, erects a hard and fast ceiling over the careers of these underground artists, while in the greater independent music industry, similar acts thrive and prosper.

Of course the talent and expression must be such that it resonates with the greater public like Sturgill Simpson and Shovels & Rope have, but after finding the initial support a band or artist might need to get off the ground, avoiding the underground is what allows an artist to grow. Though performers like Sturgill Simpson and Jason Isbell enjoy a lot of appeal and even support from the roots and country underground, it was because they didn’t become too intimately involved with the “scene” to where they weren’t limited in their ability to reach the top of the independent industry, or were burdened by trying to keep cliques of fans happy, that they were able to thrive. The underground still can’t point to even one success story where an artist wasn’t just “supported,” but was “launched” like Sturgill has been, while Sturgill was summarily avoided by the underground early in his career.

It Doesn’t Hurt to be Talented and Topical

In the end the reason Sturgill Simpson has done so well is because he’s just really damn good. Nothing can replace or make up for talent. There’s artists for every time—ones who capture the imaginations of fans because they’re offering exactly what the people want to hear at a given moment. Sturgill’s traditional sound mixed with a forward-thinking approach is what music needed right here, right now, and that’s the underlying reason he’s finding such favorable ears.