Lori McKenna is the First Female ACM Songwriter of the Year Winner in 52 Years, But… 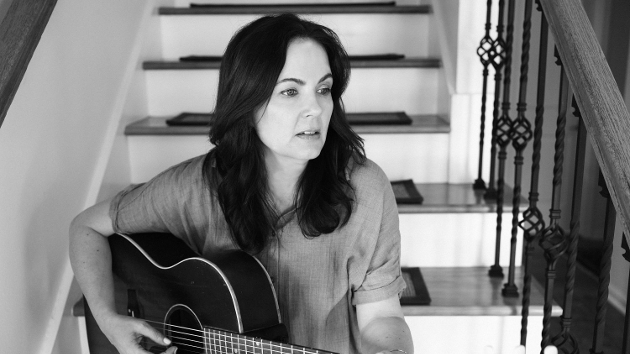 In the entire 52-year history of the Academy of Country Music Awards, there has never been female winner of the organization’s Songwriter of the Year award, until now. Lori McKenna, who has been on one incredible run with her solo-written song “Humble and Kind,” has broken what appears to be a half century-long barrier keeping female songwriters from the distinction. The win was announced Friday evening (3-31) at the ACM’s “Party for a Cause” ahead of Sunday’s ACM Awards.

Along with penning the blockbuster single “Humble and Kind” from Tim McGraw, Lori McKenna released her own critically-acclaimed solo record The Bird & The Rifle in 2016, and has had a hand in penning some of the most important songs in country music in the last half decade, including Little Big Town’s “Girl Crush” which also went on to become heavily decorated.

Of course all of this begs the question of how the Academy of Country Music could go 52 years without naming at least one female Songwriter of the Year before 2017. Is sexism in country music that rampant? And how was this overlooked for so long?

Nonetheless, the distinction speaks to the incredible year Lori McKenna has experienced that may only get better if “Humble and Kind” wins the ACM for Song of the Year.

ACM Songwriter of the Year Winners:

(Note: The ACM archives denote the previous year from when an award is actually awarded, i.e. the eligibility period as opposed to the calendar year it is given out.)