Luke Bryan’s “That’s My Kind Of Night” (A Rant) 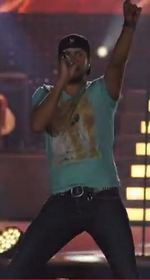 Let’s start this off by dispatching with the 700 lb gorilla in the room and say what everyone is thinking, but few are willing to say publicly: The only reason Luke Bryan’s “That’s My Kind Of Night” is a #1 song is because bored suburban moms and their daughters want to fuck him. Luke Bryan’s music has the nutritional value of notebook paper, and is the clinical result of when an entertainer spreads his arms wide in a submissive pose and relents his entire will to the country music industrial complex, saying “Do your worst.” Luke Bryan has no soul. He is more machine than man. He has the integrity of a Guatemalan mule bridge with a squadron of M1 tanks trying to cross it. “That’s My Kind of Night” is like a diabolically-specialized form of audio diarrhea that marries the ideal ratio of water to solids so when it is sent through an industrial fan it inflicts the widest collateral damage on as many people as possible. 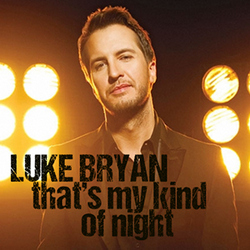 2 1/2 years ago a stupid little blog called Saving Country Music proposed that in due course, we wouldn’t be able to tell the difference between country and rap songs. The hypothesis was generally laughed at or ignored, and even I didn’t know just how far we would come in such short order. And now yet again the #1 song in country music is a country rap featuring an appearance by a prominent hip hop artist. “A little Conway a little T-Pain?” Yep, that pretty much sums up American music in 2013, sans the Conway—replaced by Luke Bryan and his vomit-inducing country rap trend-chasing ilk.

But one of the disappointing things about this song is just how little T Pain there is after this was the big news ahead of the song’s release. Sure, he’s name dropped and appears on the track, but T-Pain is buried in the mix even more than the banjo. If you’re going to have T-Pain or some other washed-up rapper make an appearance on your shitty country song, then own it dammit. Have T-Pain popping out of a birthday cake with his rainbow dreads cascading out from under his top hat while shooting off Roman candles, Auto-tuning the shit out of anything and everything in his hack-ass, no-talent-having path. But T-Pain’s meager appearance is indicative of the approach to this song: round the edges off and take half measures until you have the most candy-assed, milktoast, generic song possible to infect the gullible masses with booty-shaking ear worms in a complete vacuum of artistic value.

The “Uh! Uh!” at the very beginning of “That’s My Kind of Night” is indicative to the kind of submissive role this supposed “country” song takes to its rap and pop influences. The reference to “real good stuff” hidden under the seat may seem risque for country, but this type of pussy-ass drug referencing has been bastardizing pop songs for years. And then here comes the indolent references to rural culture like “big black jacked up trucks” and “diamond-plated tailgates.” At one point Luke Bryan talks about floating down the Flint River with a girl and catching her a catfish dinner. Let me assure you folks, the only thing Luke Bryan could “catch” on a river may smell fishy, but that’s only because it originates from the pussing nethers of some floozy who’d be stupid enough to raft up with a tenderfoot like Luke in the first place.

The live video for this song does it one worse. As you will notice below, only women are shown in the crowd shots, because that is what all of this is geared toward because corporate country females are the last demographic too ditsy to figure out how to steal or stream their music. The submissiveness displayed by some of the young girls in this video is downright scarey, and reminds one of the worshiping of the Golden Calf in Chuck Heston’s The Ten Commandments. Seriously, what the fuck? The glazed over look in some of these girl’s eyes and the servile gesturing is outright cultish. 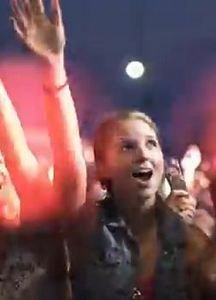 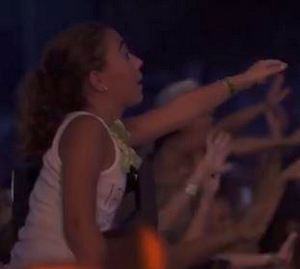 And what’s up with this guy and his monkeyshit green electric banjo? The thing looks like the instrumental equivalent of a bedazzled vagina. Anything whose paint job is characterized as “avocado burst” has no business in country music. 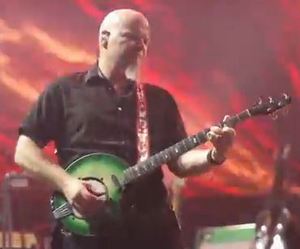 Worst country song ever? I’d have to say no. Jason Aldean’s “1994” is a milestone that may take years to depose, but Luke Bryan’s “That’s My Kind Of Night” is certainly worthy of the type of ridicule reserved for only the absolute worst of quotation mark “country” songs.