Trigger Down with Pop Country 115 Comments 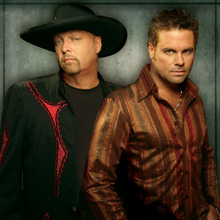 America, my apologies, but yes, this truly does exist.

This isn’t a cry for relevancy folks, this is a blood-curdling scream; a banshee yawp from the innermost depths of holy hell, destined to beset the eardrums of all rationally-minded music listeners with a cursed memory so potent and terrible, it will be well-documented as a clinically-certified precursor to the most acute and debilitating onset of post traumatic stress disorder, terrorizing the very sanity of any semi-intelligent human.

If a truly good country song is represented by a delicate pair of supple female breasts, then Montgomery Gentry’s “Titty’s Beer” would be a rack of cellulose-addled man boobs replete with coarse and graying disheveled chest hair, pock marked with skin Cancer and bisected by a grizzly double bypass scar.

Originally recorded by the Country Music Grimmace Colt Ford, “Titty’s Beer” is an ode to idiocracy and a battle hymn for the forces of misogynistic cultural reduction. The premise doesn’t even make sense, but you can see some oaf going, “Well hell. I like titties, and I like beer, so….” And no folks, this isn’t some buried album cut from the once high flying country duo, this song has its own video and is being pushed hard to the teeming masses.

Oh the poor Troy Gentry, trying to stay hip by squeezing his doughy, middle-aged chub into an extra-shrunk child’s medium Affliction shirt, while the steamy day stimulates beads of Just For Men dye solution to roll down his wrinkled brow buffed over with multiple layers of man-formulated Maybelline. This silly arse is even rocking the wallet chains, just like all of those cool, hip male pop country acts. You know, the ones that actually still sell records?

And what’s up with Eddie Montgomery in this song and video? This dude is doing even less shit than Brian Kelley of Florida Georgia Line does. The video is clearly being shot in the blinding heat of summer, with chicks in bikinis running around everywhere, and yet this dumbass is duded up like he’s ready to take the stagecoach over the Continental Dive in the dead of a Wyoming winter. Eddie Montgomery must have more sweat cascading down his ass crack than the water of the roaring rapids in the wild and scenic Snake River.

And somebody take that stupid microphone stand Eddie’s poking the crowd with away before he punctures a slew of silicone boobs and they have call out the Hazmat unit for a chemical spill. Seriously, there’s more synthetic components embedded in that crowd of floozies than in a semi-truck full of iPhones.

The worst part about “Titty’s Beer” is that the song doesn’t even work on any fundamental level. There’s actually a legacy in country music that uses innuendo and wordplay to veil sexually-charged content that can be both witty and entertaining. But “Titty’s Beer” bears it all, leaving nothing to the imagination.