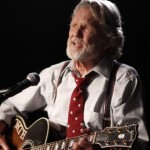 On paper, this movie had so much promise: an all-star country cast, a critically-acclaimed novel Provinces of Night to cull a screenplay from, and the omnipresent T Bone Burnett presiding over the music presentation. However Bloodworth falls into the classic dilemma of the movie adapted from a novel trying to develop characters and deep, intertwined story lines in the time it takes to munch down a jumbo tub of pop corn, and give up on a box of Dots from the unbearable stick tooth.

Trailers and posters imply that the patriarch of the family E.F. Bloodworth (Kris Krisotfferson) is the center figure, but except for a few shots in the very opening, he doesn’t make a solid appearance until 25 minutes in. The movie focuses more on the life of Fleming Bloodworth, E.F.’s grandson, including his courting of Raven Halfacre, played by Hillary Duff. The three sons of E.F., played by Dwight Yoakam, Val Kilmer, and W. Earl Brown (who also wrote the screenplay) are all varying degrees of crazy, with Dwight’s and Val’s story lines being virtually autonomous from any central plot or theme, thus coming across as superfluous by the end of the film.

Holes in the time and content of the story are made up for by predictable dialogue, and it is hard to make an emotional investment in characters whose actions become cliche: Flemming and Raven are the misunderstood youngsters trying to escape the destiny of their dysfunctional families while the adults around them fulfill very recognizable dysfunctional archetypes. Very little time is spent on subtly or substantive character development in this movie beyond Fleming Bloodworth. The time the movie is set in is confusing as well. Provinces the novel was set in the 50’s. Bloodworth could almost be set in modern day if you justified the setting as being a poor, behind-the-times community. Or it could be set in the 80’s or 90’s, it’s hard to tell.

About an hour in, as you’re wondering if any of these misfit characters are going to start giving you any substance as far as a storyline, the plot twists start coming full throttle. Though the twists are not wholly predictable, they still don’t offer any serious substance to enlightening you about the human condition through story, or even entertaining you beyond sustaining your attention. And as a tornado bears down on an unnamed Tennessee town set in an unrecognizable time, all the character’s little dramas resolve in one way or another.

The one element to this movie that deserves much credit is the acting, and the kudos are deserved across the board. Kris, Val, and Dwight turn their lemons of lines into lemonade, and so does W. Earl Brown, who as the screenwriter, may also deserve much of the criticism for the finished product. Hillary Duff might have done the most with the least, as the once Disney star proves she’s evolved out of the trappings of typecasting. The immortal Barry Corbin might have delivered the best performances of the movie as the twitchy bartender named “Itchy”.

Folks hoping for quantities of face time for Hank Williams III will be disappointed. Though his character “Trigger Lopscomb” is referred to a few times in one of the movies many under-developed plot lines as a figure involved in bootlegging liquor, he’s only seen very briefly in a flashback scene. However another music personality Tonya Watts has a very cool cameo playing music at the beginning of the movie. Aside from this and Kris’s stellar original song “You Don’t Tell Me What To Do”, the soundtrack is nondescript.

Under-developed plot lines and characters were the bane of this movie. It could have added a half hour easily to clue you in on the people you were watching, but that might have made it more boring, and absolutely no theme was conveyed, and no real visceral charge either.

Just like with the movie Last Rites of Ransom Pride (co-written by Ray Wylie Hubbard who later distanced from the movie), the pairing of Kris Kristofferson and Dwight Yoakam waste good acting performances on a dud of a movie, though Last Rites had the cinematography and setting and suspense to enthrall the viewer.

I have no doubt the Provinces of Night novel is a winner. One review I read called it “a self-consciously big novel in the Southern tradition that could easily have buckled under the weight of its own ambition.” But it didn’t. Unfortunately, Bloodworth does.