Artist Ownership Could Be Future of Music Business

When you look at the Arab Spring going on right now in the Middle East, it’s hard not to trivialize problems such as the current financial state of the American music industry or the creative freedom of its artists. However it’s not hard to draw parallels between the two as well: repressive regimes unwilling to contemporize continue or escalate the same heavy-handed oligarchical systems that made them outmoded to begin with in an attempt to hold on to power and money, ending in their eventual demise.

Tim McGraw’s court battle with Curb Records might be the best example of this, and may be the first major battle in the war to restructure the music industry, possibly in the artists’ favor. One note struck me from the verbiage coming from the Tim McGraw camp in the countersuit. It requested that, “‘Emotional Traffic’ be deemed Tim’s last album for Curb and to allow him to be “free to begin recording for himself or any other party as of July 23, 2011.”

That’s right, Tim McGraw, after years of working under a repressive label, is hinting at the idea of becoming an independent artist. Two weeks ago, country rocker Zac Brown announced he’s starting his own record label. Travis Tritt started his own label about a year ago. And when you look at the few labels that are actually doing well on Nashville’s Music Row, they stem from artist ownership, chiefly Toby Keith’s Show Dog Universal label. 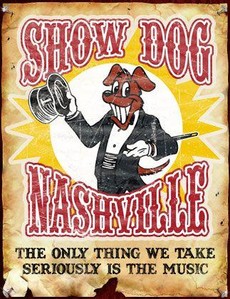 It may not be unrealistic to envision a new music universe where each franchise-level music superstar is the owner of their own label, or works under the loose rules of an artist-run company. The rule of thumb has always been that good artists make bad businessmen. But right now, the businessmen of Music Row make worse businessmen than the musicians. One of the main reasons for this might be the most important element of business: capital.

As old guard record labels continue to hemorrhage money and banks call in loans and parent companies sell or spin off their music divisions, the cult of celebrity has never been stronger, allowing music artists to draw in capital and publicity across multiple media platforms. Take Blake Shelton for example, whose music and pocketbook benefit from his role as a judge on the TV Show “The Voice”. John Rich just won “Celebrity Apprentice”. Carrie Underwood and newcomer Scotty McCreery have built-in audiences from “American Idol”. While traditional record labels must spend money to promote artists, artists can promote themselves while making money doing appearances on cross media. And artist-run labels are more likely to be crafted in models that fit well into the new media and new economy, making them more appealing to venture capital than the dinosaur legacy labels.

For years underground artists and fans have been cheering the demise of the music business, but you might want to be careful what you wish for. Though in theory artist ownership might mean more creative freedom for artists and an opening up of the music, it doesn’t guarantee it. Many big-named artists used to big paydays will likely still delve into a formulaic approach to music making to maximize profit. And artists in charge hasn’t always worked out well. Acuff-Rose Music Publishing co-founded by artist Roy Acuff, along with another artist turned producer Chet Atkins helped develop the assembly line-style approach to music making on Nashville’s Music Row, where songwriters, singers, and studio players all work within a rigid system.

And artists in charge doesn’t solve another music problem: talent development. In fact it might exacerbate it. The stock of “popular” people throughout culture is shrinking while the spotlight on those few select people is increasing. Movie and television actors “go country” to promote their celebrity brand, country artists star in television shows in movies to promote theirs, and the true talent and creativity continues to struggle in the underground. Artist ownership and coagulation of attention around a few mega-star franchises might mean less opportunity for upcoming talent.

The death of the music industry offers and exceptional opportunity to restructure the business of music into a more fair, efficient, intuitive, and productive industry that effectively produces music that offers enjoyment and fulfillment to the masses. The decisions by artists, courts, lawyers, and executives happening right now will have a greater effect on the outcome of music than any time in its past. And it is not unrealistic to think that the faces we see at the top of the ladders are not ones of nameless executives, but ones we see on our television screens or hear on our radios every day.