Music From Season 5 of “The Ranch” on Netflix 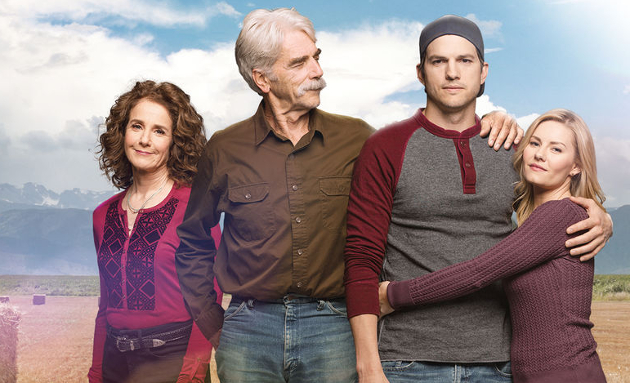 Netflix has released the 5th Season of their hit original series The Ranch, and as per usual, the episodes are textured with lots of great songs from often overlooked and deserving country music artists, hand selected to help set the mood and theme of each scene.

The Ranch stars Ashton Kutcher, Sam Elliott, Debra Winger, and Danny Masterson. Set in Garrison, Colorado, it’s about a washed up football player (Ashton Kutcher) who returns home to find his father (Sam Elliot) struggling to keep the family ranch going. The 30-minute comedy is filmed in front of a studio audience, and feels very much like a network TV sitcom, except there’s no commercials, and the dialogue will find the occasional swear word.

In Season 5, each episode name is taken from a Dolly Parton song. Another important wrinkle is this is the final season for Danny Masterson’s character “Rooster.” Amid claims of sexual assault made against him, Netflix removed him from the show. “As a result of ongoing discussions, Netflix and the producers have written Danny Masterson out of The Ranch,” the company said on December 5th, 2017.  “[Yesterday] was his last day on the show, and production will resume in early 2018 without him.”

The Ranch loves to embed music in scenes under the dialog, sometimes making it hard to pick out or Shazam. Thanks to music supervisor Mandi Collier for helping to supply the master list of The Ranch Season 5 songs below for those who hear a song they like, or hear one they recognize, but are having trouble placing or identifying.

Episode 8 – “Fresh Out of Forgiveness”