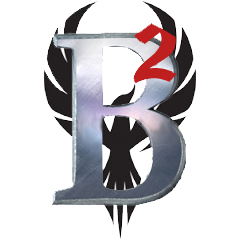 About this time of year the rhetoric heats up about who could be, and who should be the new inductees into the Country Music Hall of Fame. Though there’s no set time when the announcement of new inductees is made (and it seems to get pushed later each year), when spring starts breaking, it’s about time to start looking for announcements from the Nashville-based institution.

Unlike many other music Halls of Fame who throw their doors wide and accept large classes of inductees each year, the Country Music Hall of Fame takes a much more austere approach. With only three candidates inducted each year under the current system, space is very tight for new names in the Hall of Fame’s rotunda.

Like a similar campaign operated by Will James to push for the induction of Gram Parsons into the Country Music Hall of Fame, Adam Sinsel and his Navy buddy Mike Abernathy have started a grassroots campaign to get Hank Williams Jr. into the institution called Bocephus Belongs.

“I grew up in West Virginia, and through the years it’s become clear to me that the Williams family—Senior, Jr., and Hank3—all have impressive followings in the Mountain State,” says Bocephus Belongs founder Adam Sinsel. “Maybe it’s because Sr. was found dead in Oak Hill, WV, or because Junior sings “We came from the West Virginia coal mines.” Or maybe it’s because Hank III appeared in ‘Wild Wonderful Whites of West Virginia’ and wrote a song about Jesco White

“I enlisted in the Navy when I was 17. That choice, and September 11, 2001, has kept me often deployed abroad and moving around throughout the United States over the last 17 years. Hank’s music is one way I’ve found to stay connected to rural American culture.”

Adam Sinsel became an early advocate for Hank Jr.’s music, calling local stations to request the music over the new generation of country stars coming up. As his career in the Navy continued and took him out to sea and stationed in the Middle East for long periods, he used the music of Hank Jr. to help bring him back a little closer to home.

“In August of 2013, after returning from my last deployment to the Middle East, Hank brought Mike Abernathy and me on his bus and thanked us for our service,” says Adam. “Mike and I knew then that we wanted to do something to raise awareness on this issue, but within a few days the Navy transferred me to California to complete a Master’s degree in Cyber Defense, which kept me very busy for the last 18 months. I am only now finishing that assignment, and finally have time to commit to doing this right. Mike really jumped on board. Having met Hank with me, and being a life-long fan, he was excited to help with the website and handle technical details. Later Ben Sigmund joined our team—another Navy buddy. He’s helped with video editing and social media.  Mike, Ben, and I all served together on board the USS BATAAN as young men and deployed multiple times.”

The career stats of Hank Jr. behind the Bocephus Belongs campaign are hard to brush off. 70 millions records sold, 5 total wins for Entertainer of the Year from the CMA and ACM Awards, 6 platinum records and 20 gold ones, 13 #1 albums, and 10 #1 singles. Along with a host of other distinctions, Hank Jr. might be the most decorated artist to not be in the Hall of Fame who has been eligible for an extended period.

Adam Sinsel says the guys that make up Bocephus Belongs are all regular Joes with regular jobs, each has significant others and children, and they all work full time jobs. They fit their Bocephus Belongs duties in between their other life commitments.

“We recognize that it seems insane to dedicate so much time to something that may appear fruitless. However, we all believe that Hank Williams Jr.’s absence from the Country Music Hall of Fame, thus far, is the most obvious oversight in the Hall’s history. Each person we interview has their own explanation as to why it hasn’t happened, but to a person, they all agree Hank should and will be inducted. I’ve always believed that when a man is uniquely qualified to do something that matters to him, he’s obligated to do it. More importantly, we can do it in a way that Hank and his associates cannot because we aren’t tied to the Nashville establishment, and we have nothing to lose. We’ve had insightful conversations with serious Nashville music industry professionals; and received a great deal of positive feedback on our social media efforts. Travis Tritt has been an outspoken supporter, sharing our website details and providing courageous and supportive statements about our mission.”

“Some observers have described what we’re doing as naive and a waste of time,” Adam Sinsel continues. “Maybe. Maybe not. But, we plan to continue carrying out our mission in unique and interesting ways.”

They’re also creating a inspiring story of how normal fans can rally behind a certain cause to do their part in preserving and promoting music that has enriched their lives.