New Music from The Pistol Annies On The Way 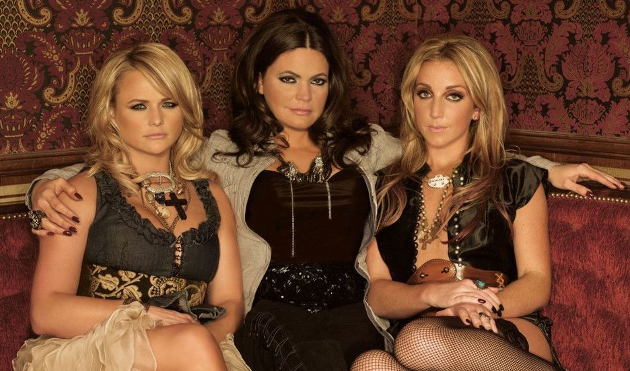 It appears those waiting for a reunion of the country music supergroup The Pistol Annies will not have to wait that much longer. First formed between Miranda Lambert, Ashley Monroe, and Angaleena Presley in 2011, the trio released two records between 2011 and 2013, going #1 and #2 in the charts respectively. Since then fans have waited for a reunification of the group first started when Miranda wanted to collaborate with fellow women in the country business, and all signs are pointing to it happening sooner rather than later.

The Pistol Annies have been appearing together live recently, starting in March when they took the stage as part of Miranda’s Livin’ Like Hippies tour at stops in Knoxville, Cleveland, and Lexington, performing multiple songs together from The Pistol Annies repertoire. Miranda Lambert promised as far back as an August 2017 story in Billboard that new Pistol Annies music would be on the way, and now signs are pointing towards an official announcement and new music being imminent.

On July 17th, the three songwriters posted a picture on The Pistol Annies official Instagram account with the caption, “Sangin’ some songs #staytuned.” They subsequently made some more live appearances together as part of Miranda Lambert’s current Bandwagon Tour with Little Big Town. Then on July 23rd, Angaleena Presley told The Boot, “We just finished our third record. Two weeks ago. So we don’t really have a release date, per se, yet, but the record is there.”

The trio also reunited on Saturday, August 11th in Dallas as part of Miranda’s Bandwagon Tour, where it was also revealed during the performance that Angaleena Presley is pregnant.

The Pistol Annies were never big on the radio or a major arena draw, but they did give fans of women in country music a rallying point with their rambunctious personas “Lonestar Annie” (Miranda Lambert), “Hippie Annie” (Ashley Monroe), and “Holler Annie” (Angaleena Presley). The exposure from The Pistol Annies helped put Ashley Monroe and Angaleena Presley on the map for many, and their first record Hell On Heels has sold more than half a million copies.

More news when it becomes available.