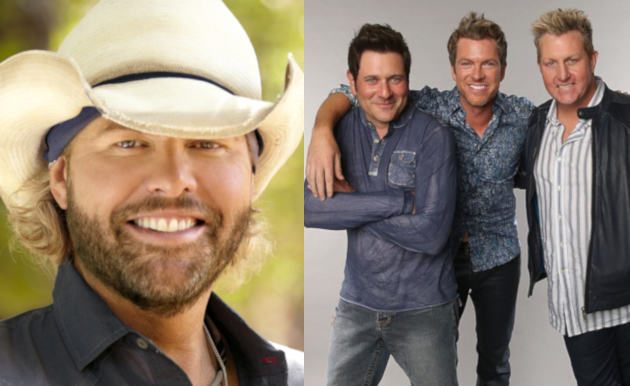 It was an ambitious project, but one that had a solid proof of concept behind it, and a big payoff if everything went well. As a way to bolster their music brand and expand consumer reach, country music trio Rascal Flatts unveiled plans for a restaurant franchise bearing their name that would begin with a sprawling flagship property in Phoenix, and then expand to numerous communities throughout the United States over time. And these locations wouldn’t just be restaurants, but music venues. The Phoenix property would be a grand, 14,000 square foot facility that would include a live entertainment area with a state-of-the-art sound stage, elevated bar, and eating areas both indoors and outdoors.

After opening the flagship location, franchises in Washington, D.C., Columbus, OH, Pittsburgh, PA, Raleigh, NC, Minneapolis, MN and Long Island, NY would be commissioned, with plans for additional locations in Charlotte, Tampa, Boston and Madison, WI, and Canada to come in subsequent years. Rascal Flatts Restaurant Group, a company run by Philip Lama and Eric Soe, would oversee the new business venture, along with Rascal Flatts lending their names and ideas to the concept as it moved forward.

The Rascal Flatts Restaurant Group was first announced in August of 2012, but it took until August of 2016 before any solid plans began to surface for an actual location. The first restaurant wasn’t the sprawling megaplex Phoenix was promised, but a small, 3000 square foot sit down restaurant in the Stamford Town Center Mall in Connecticut adjacent to the food court with a small stage in one corner. In August of 2017, the location finally opened—five years after the restaurant chain was first announced—with impressive decor and decent food according to reviews. “It’s just an American bar and restaurant,” Jay DeMarcus of Rascal Flatts said about the location. “The menu is influenced by the three of us and some of our favorites that our families made over the years.”

When the Stamford location opened, other properties were also in the pipeline with contracts signed on retail spaces at the Flats East Bank development in Cleveland, and locations in Gainesville and Orlando in Florida, with three more Florida locations in the works in Fort Lauderdale, Miami and Tampa. Though the promised Phoenix location still remained a myth, the franchise appeared to finally be getting off the ground.

But trouble was brewing behind-the-scenes, and it was the same trouble that another high profile country music restaurant entrepreneur, Toby Keith, had also encountered. As the namesake of the “I Love This Bar & Grill” franchise, it was Toby Keith’s model that had gone into the planning and implementation of the Rascal Flatts franchise, and in more ways than one.

The first Toby Keith’s I Love This Bar & Grill locations opened in Keith’s home state of Oklahoma in 2005, with locations in Oklahoma City and Tulsa, and later in Thackerville and Las Vegas, NV. The name was derived from the song “I Love This Bar” from Keith’s 2003 record Shock’n Y’all. Featuring live music and bars shaped like guitars, many of the franchises became fixtures of the local community. Soon there were locations all across the country, with high-profile locations near Gillette Stadium in Foxborough, Massachusetts, and at the Destiny USA shopping complex in Syracuse, NY. There were also locations in Ohio, Virginia, California, Minnesota, Florida, Texas, and multiple locations in Arizona among other markets.

But starting in 2014, trouble began brewing with the restaurants. In January 2014, the Dallas, TX location closed abruptly, and with no notification to the employees, vendors, or other local partners. Failure to pay rent was cited as the reason the location was shuttered. Then in March of 2014, the Tucson, AZ location closed without notice due to failure to pay rent. Then Folsom, California closed, Newport News, Virginia at the start of 2015, then Savannah, Oxnard, Syracuse, until like dominoes, 18 franchises were shuttered, all without warning, and all due to failure to pay rent, or other outstanding bill issues. Various vendors for the franchises also went unpaid, while multiple locations across the country—many in malls just like Rascal Flatt’s pilot restaurant—had leases on I Love This Bar locations that never opened, sometimes fleecing local landlords and developers who either held the properties for the restaurants, or offered advances on improvements of the spaces.

It turns out the two restaurant franchises bearing two well-known names in mainstream country had a lot more in common than they knew. Toby Keith’s I Love This Bar & Grill was operated by a company named Boomtown Entertainment. During the death spiral of closing franchises, Boomtown Entertainment shuttered itself in 2015 with millions of dollars in unpaid rent, taxes, and vendor fees still on the books. An Arizona businessman named Frank Capri was the responsible party in the Boomtown Entertainment debacle, and by late 2017—just as the first Rascal Flatts restaurant franchise was opening its doors—Capri owed over $65 million in judgments against him in various courts around the country.

Then it was revealed just exactly who Frank Capri was in an investigation by The Arizona Republic. After much research, it was determined that Capri was actually a third-generation mobster named Frank Gioia Jr., who turned state’s witness in 1999 and entered the Federal Witness Protection Program. According to mafia experts, Gioia Jr. is arguably the most important mafia turncoat in history, with his work with law enforcement resulting in over 70 convictions of major mob figures, and the resolution of several unsolved murders. Frank Gioia Jr. was given the name Frank Capri, issued a new birth certificate and social security number, and moved to Arizona, where he would eventually base his restaurant scheme. Along with the Rascal Flatts and Toby Keith franchises, other restaurant concepts were promised or launched, only to fail eventually. The Arizona Republic also obtained text messages and voicemails corroborating Capri’s involvement, including sometimes threatening local developers, and using his girlfriend as a front person.

For Frank Capri’s part, he claims there was no wrongdoing, and that the restaurants were simply a failed business venture. The Federal Witness Protection Program has yet to comment on the matter. Rascal Flatts has, releasing a statement in mid January before the full extent of the restaurant scheme and Frank Capri’s involvement was uncovered,

You may have noticed our name was associated with a restaurant project. We licensed the use of our name to a restaurant developer a few years back, but never participated in the ownership or development in any way. We were not responsible for any obligations of the developer, RF IP, LLC.

Because we know you have been looking forward to enjoying our themed restaurants, we wanted to let you know that this project is no longer happening. We ended the agreement and do not have a business relationship with the developer. They are not authorized to use our name in any way. We wanted to be transparent to our fans in case there was any confusion related to our involvement in the restaurants. Thank y’all so much for the continued support.

However some question if Rascal Flatts did not know more, especially after what occurred with Toby Keith’s I Love This Bar & Grill during the development of the restaurant franchise bearing their name. Also, Rascal Flatts was sued as far back as January of 2018—a year before they publicly addressed their parting of ways with the Rascal Flatts Restaurant Group, or RF IP, LLC in the above statement. The plantiff in the lawsuit was the owner of retail space at the Hollywood and Highland complex in Los Angeles where the Dolby Theater is located. According to the lawsuit, a lease was signed for a 7,960 square foot space, and the owner agreed to give the Rascal Flatts Restaurant Group $1 million to build the space out into a restaurant, giving the company a $102,000 advance that was never used on improving the location. Pocketing such development advances may have been at the heart of Frank Capri’s restaurant scheme.

As for Toby Keith and I Love This Bar & Grill, the country star has never publicly acknowledged the issues facing the franchise. However there are still multiple locations of the restaurant open in Oklahoma and Texas. These locations are not owned by Frank Capri’s former Boomtown Entertainment, but instead are part of the Hal Smith Restaurant Group, which by all accounts is a reputable business. The location in Foxborough, Massachusetts that had originally opened in 2011 and operated throughout the shuttering of the other franchises also closed abruptly on January 30th, 2019. It was independently owned by a woman named Debbie Corvo, who was forced to close after being unable to come to an agreement with landlords.

What started out as an idea to expand the scope and name recognition of two of country music’s most successful modern franchises ultimately ended up being a money pit and a public relations debacle. Though Toby Keith and Rascal Flatts seem to be just as much victims as anyone, questions linger on if they could have been more proactive in removing their names from the projects, and warning the public about the actions of Frank Capri, Boomtown Entertainment, and the Rascal Flatts Restaurant Group.