Ruby Jane & Bob Schieffer Give Back for Christmas

Yesterday I was sorting through all the amazing pictures on Ruby Jane’s new website, having my mind blown apart by all the big names that she has shared the stage with at one time or another (see some examples below) when lo and behold, a new video came down the pike from CBS News, featuring her sharing a stage with of all people, CBS’s main man in Washington, Bob Schieffer.

A few weeks ago Bob and Ruby joined forces to be the entertainment for an A-list charity benefit for SOME – So Others Might Eat. Believe it or not, Bob is a big country fan and has even written a few songs. Check it out:

Sometimes when I bring up Ruby Jane to people they say “she’s young, she needs to get out there, she will have her day,” but as it points out in that video, Ruby has been performing full time since she was 8, meaning for 8 years, longer than many of the other artists I cover here, and half of her whole life. Ruby already has been out there, and she has more skins on the wall than most artists twice her age.

But since this is Christmas, and the time of giving, I really want to focus in on what musicians give of themselves, and not just during the Holidays.

“The goal is to get out there with my music as much as possible and give the world something I think it needs right now.” is what Ruby said.

Ruby is giving the gift of music, and as you can see by Bob’s reaction to it, she doesn’t just entertain, she touches the people she plays for, and plays with. Bob and Ruby gave through their music, but they also gave their time. I’ve always thought that there is nothing more important that you can give than your time. Not money, not gifts. Time is the true gift of life, and how it is spend is a true measure of a man.

Time has been on the forefront of my mind lately, as Saving Country Music has been growing so fast that it commands the majority of it, but unfortunately it is not big enough yet where it can sustain or even fairly compensate me for the time I put into it. But then I think of all these musicians out there on the road, making financial sacrifices, and sacrifices in their personal lives to bring us the music that we love, and it makes me want to work even harder.

I also think of all of YOU, who come here and help feed my unhealthy obsession my giving me YOUR time, eyes, ears, attention, and opinions. Like I always say, the best thing that happens around here are YOUR comments and participation, I just try to light a spark. What makes us different from pop country fans is we devote out time to the artists we love. We offer up our couches, start podcasts, make videos. They just hand over a big wad of cold cash to see them on a jumbo screen 100 yards away. 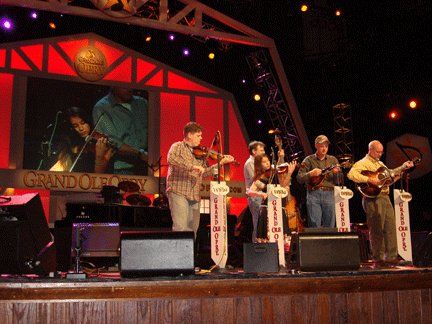 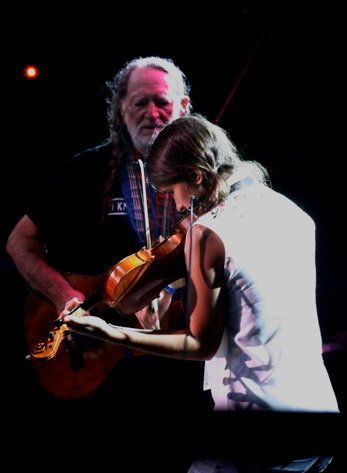 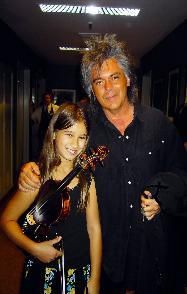 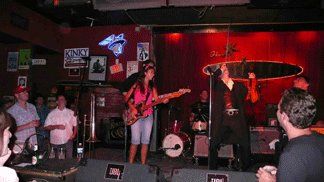 Ray Benson of Asleep at the Wheel: 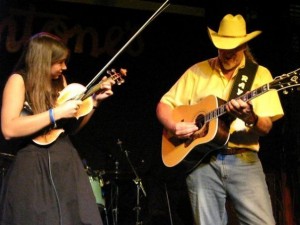 Lyle Lovett (with Ray Benson in back) 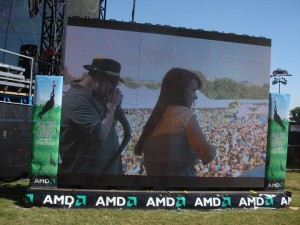 With Robert Plant and Elvis Costello: 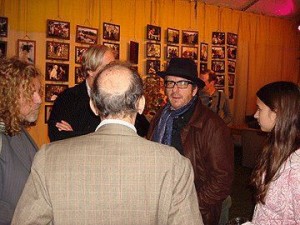