List making either before or after events has become a dubious enterprise of mainstream outlets just looking to troll the fan bases of independent performers to get these performers to dutifully post the coverage to their social network feeds and drive unique views to the outlets while little if any true discovery for said artists by new fans actually occurs. Because of the way these mainstream outlets have handled this exercise for the last few years, I feel dirty for event sharing such things, while most of the attention gets sucked toward folks saying who was left off the list, since music coverage has become more about re-affirming dug-in opinions as opposed to finding something new you might enjoy listening to.

Ultimately, I am only one person, and these are some simple observations of my AmericanFest experience, which will never be good enough for anyone except the artists I mention because I can’t see everything, and refuse to pretend that I did. And that is why true music journalism is dead.

For coverage of the Americana Music Awards, CLICK HERE.

Here are the top five artists I saw during AmericanaFest:

5. Sarah Shook and the Disarmers

In an era when mainstream country music has been overrun by bubblegum pop and much of the underground has forgotten about good songwriting, Sarah Shook and her Disarmers are just what is needed to revitalize the dark side of country without compromising the quality of the music. 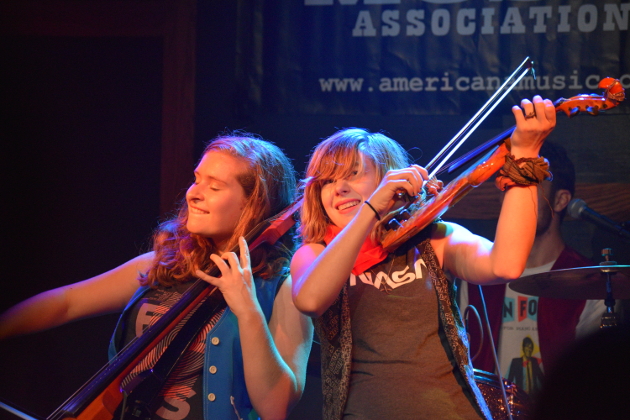 Disclaimer: This is not a country music project per se, just it’s an excellent one with ties to roots music and songwriting that also fosters one of the most brilliant displays of musicianship you can find in a band that still can claim youth as a crutch, but doesn’t.

I first interacted with The Accidentals through a video shot in Austin during the madness that is SXSW. It so poignantly encapsulated how the human element has been forgotten during that event and in the streets of that once mighty city, and showed the incredible songwriting skills of this promising young trio. Their AmericanaFest set was decidedly more prog rock than what I was expecting, but still an excellent display of the incredible musicianship, songwriting, and performance that they’ll undoubtedly be bringing to music for years to come. A band like The Accidentals gives you hope for music in the future. 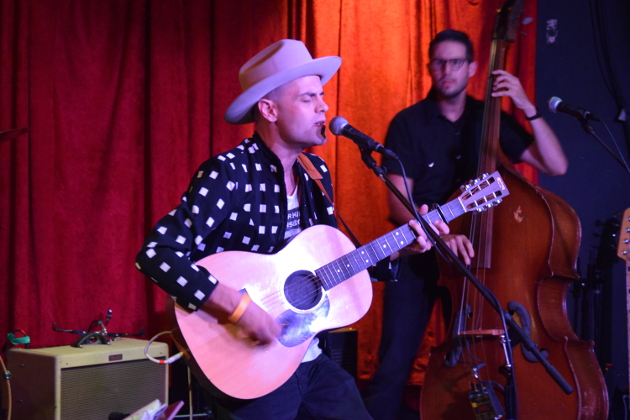 Born in the West Indies to missionary parents, Matt Haeck got his start in music through the hymns of the church. After breaking away from formal religion like many who find themselves in strict upbringings, Matt Haeck fell hard into heavy drugs and a hellish path of addiction and despair, ultimately coming out of the other side with many lessons learned, and the songs from his recently-released album Late Bloomer—a country rock cosmic experience that has earned him much respect in the talent-laden east Nashville scene, indicative by the people he recruited to help make it including Critter Fuqua, Caitlin Rose, and Elizabeth Cook.

What I wasn’t prepared for was the energy Matt Haeck brought to his live performance. Few can bring that level of enthusiasm while still holding on to their authenticity. This is not show; it’s a man possessed by the music. 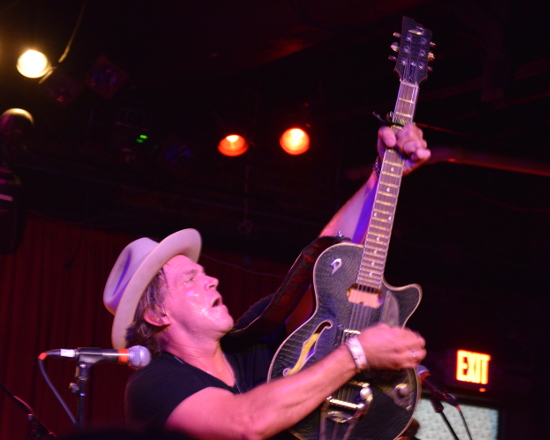 One of the biggest challenges over the last couple of years has been trying to convince the traditional and independent elements of the country music populous to pay attention to new projects from established Texas country artists that the populous thinks they have figured out. Whether it’s the new album from the Randy Rogers Band, Randy’s Hold My Beer collaboration with Wade Bowen, or this incredible transformation we’re witnessing from Jack Ingram, some familiar names in Texas country are pumping out some of the best music to be found that the whole country and world should be paying attention to.

Tami Neilson (see below) was the one artist out of dozens witnessed throughout AmericanaFest that was the biggest takeaway in regards to a true talent that the entire world should be zooming in on. But hands down, Jack Ingram put on the best set during the entirety of the five-day event as witnessed by this set of eyes and ears. In fact I would go on to say it may have been the best set I’ve witnessed in the last two or three years.

I’m not sure if Jack even played more than five or six songs, but each song was like an orgasm of emotions as Ingram sang and played his heart out, sweat pouring from his brow and chest, and in the middle of each song, telling his band to vamp while he testified about how the last seven years of his life was spent regaining control of his music, and control of his life, understanding the true importance of music, and wanting to share it with his fans unfettered and without commercial concerns. What I witnessed during Jack Ingram’s set was every single maxim that governs a site like Saving Country Music incarnated on stage in a brilliant exhale from an artist finally set free to be himself.

Jack Ingram once won the ACM for Top New Male Vocalist of the Year and had a #1 single. But now he’s just Jack Ingram again, and it is the most blistering, entertaining, and enriching musical performance you will ever see from a country artist. Jack Ingram is on fire right now, and you damn well better be paying attention.

The best male singer in the greater country music realm at the moment is Raul Malo of The Mavericks. The best female singer in the greater country at the moment is Tami Neilson. And I’m not just talking about the Americana/independent/underground realm. I’m talking about all of it. And Tami Neilson might be one of the best singers living on the planet at the moment. She is definitely the best I’ve ever witnessed personally. And who knows, she might be one of the greatest singers ever. And this is not the case of some idiot savant that just happens to have a great voice. She is a top shelf songwriter, an excellent performer, and a good person.

Tami Neilson’s recorded music has already received stellar grades from most all who’ve heard it (she has a new album out Friday in the United States), but when something appears so potent and singular in the studio, you almost have to validate it live to make sure what you’re hearing is humanly possible. Tami Neilson effortlessly bounded over whatever hurdles were placed before her during her set at 3rd and Lindsley on Friday evening, and didn’t even put a dent in her beehive hair.

What we have with Tami Neilson is a situation similar to what we faced with Sturgill Simpson a few years back. You have an incredible, generational talent standing right before us. The question is, who will step up to make sure the world knows about her, and when? Whatever clout, whatever attention Saving Country Music can throw behind her has already been expended to the degree that it exists. It will happen for Tami Neilson. The question is who is smart enough, who is patient enough to actually listen and pay attention to get on board? She is a force of nature, and it is a shame hanging over the music industry that she remains virtually undiscovered beyond her sphere of influence in New Zealand. 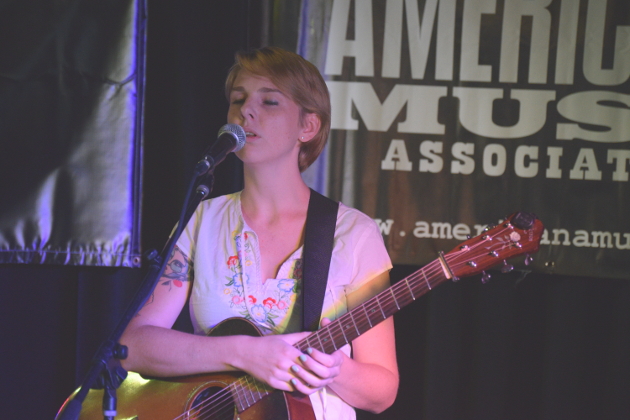 Tommy Ash was one of many artists who played J.P. Harris’s annual AmericanaFest gumbo party in east Nashville on Sunday (9-25) held at Fond Object. 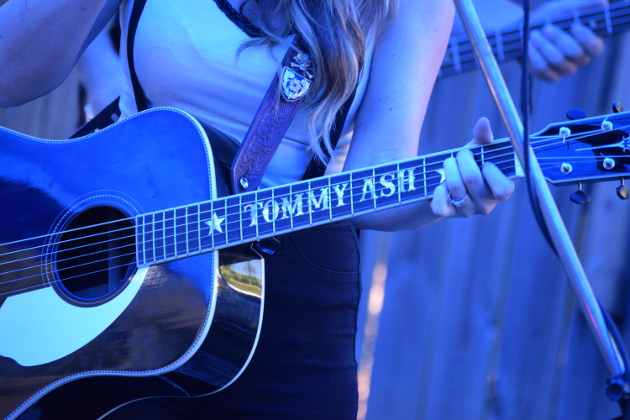 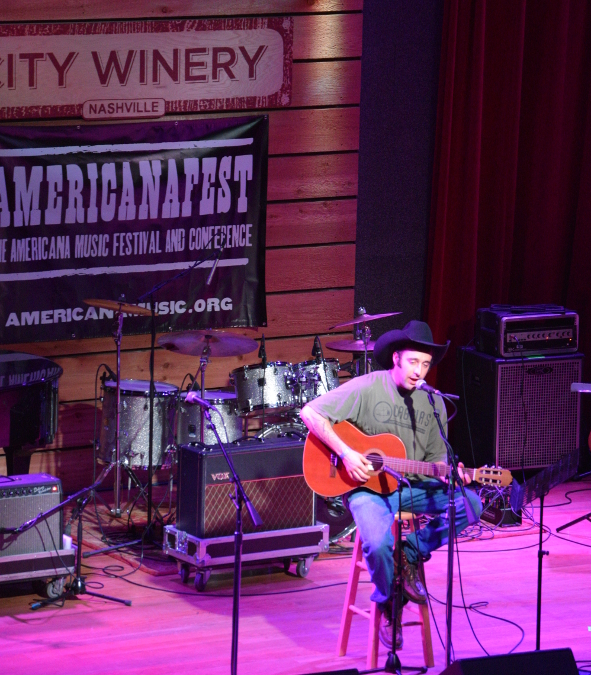 Wanda Jackson lent her name, guidance, and voice to the Change The Conversation movement to attempt to find more equality in country music for female artists in an event held Friday (9-23) at the legendary Bluebird Cafe. The Change The Conversation movement was founded by CMT senior VP music strategy Leslie Fram, artist manager and Rounder Records VP Tracy Gershon, and Middle Tennessee State University recording industry department chair and The Tennessean columnist Beverly Keel in the aftermath of 2015’s Tomatogate controversy. Leslie Fram and Beverly Keel helped organize and MC the event that also saw performances by Arielle, Ella Mae Bowen and Kree Harrison who were all presented with Taylor guitars. Other important female artists attended the event, including The Pistol Annies’ Angaleena Presley. 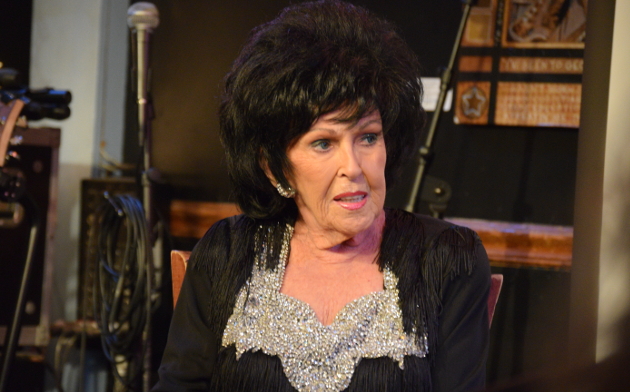