Scotty McCreery Dropped from Label, But Scotty Not To Blame 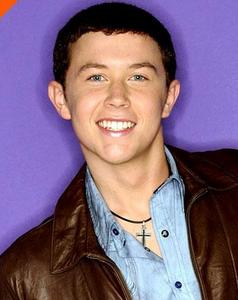 This pattern is achingly predictable: 1) Country star given ultimatum to either succeed on radio, or get dropped. 2) Country star cuts completely pandering and formulaic radio hit well outside their comfort zone. 3) Single fails because it’s nothing original, and doesn’t fit the artist’s established style. 4) Label blames star, even though they picked the song, and were the ones responsible for marketing it to radio, and either a) delays the new album indefinitely b) drops them from label c) both.

In the case of the Alfred P. Neuman look-alike and American Idol winner Scotty McCreery, it was option ‘c’.

Confirmed today via Taste of Country‘s Billy Dukes, Scotty McCreery has been canned by Mercury Nashville. “I enjoyed being on Mercury Nashville / Interscope and I appreciate all the great people who worked hard on my behalf while I was there,” McCreery said. “I am excited about what the future holds and the opportunities being presented to me.”

You could see this all unfolding when Scotty McCreery first released the ridiculous single “Southern Belle.” Even he knew it was well outside of the style he’d been known for previously. “This is probably about as far left as we’ll go,” McCreery said about it at the time. In a last ditch effort to salvage the song, Mercury Nashville released an equally embarrassing video for the song, full of booty shots of cheerleaders, hoping sex would sell “Southern Belle” to unimpressed consumers. But no dice. The best the song could muster was #45 on the Country Airplay Chart, and now it’s sianarah for Scotty.

Meanwhile the word is Scotty has an entire record sitting on a shelf that will likely never see the light of day. Mercury Nashville spent all of this money, and Scotty McCreery spent years of his life working in a direction that ultimately was for naught. But it’s not Scotty McCreery’s fault, though he’s the one having to pay for it. Perhaps he should have had more backbone, but it’s just another glaring example of how country music can’t get off the crutch of radio. As an American Idol winner, Scotty has a tremendous grassroots following nationally and internationally. But if you can’t have a hit commercial single, your country music major label is stupefied what to do with you, even though there’s examples of country artists blowing up left and right that radio ignores.

Scotty will likely land on his feet elsewhere, but his name will be that much weaker from Mercury Nashville’s mismanagement. Regardless of what you think about his music or about anyone bred from American Idol, Scotty has an unmistakable country voice. It’s just a shame Music Row couldn’t figure out what the hell to do with it, and Scotty is the one who takes the blame.