Sellouts In Suits : The Rise of Country’s Metro-Bro

Trigger Down with Pop Country 139 Comments 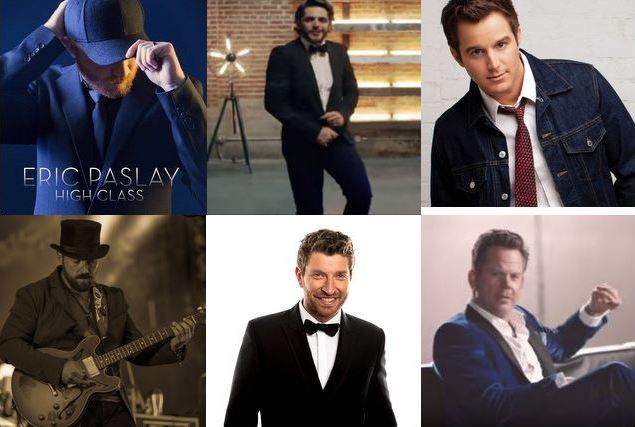 Out with the old and in with the new. You thought Bro-Country was bad? Well just wait until you hear what country music has in store for you now. White washing away anything and everything to do with country, here comes a completely new style that unlike Bro-Country, isn’t being segregated to a dedicated segment of country music, but is here to take over entirely and spare no one.

Forget brow beating listeners over the head with country-isms in list form, it’s time to trade in the Chevy for a Scion, roll up to the jet-setting club decked out in a three-piece suit, and to take ultra-modern R&B and EDM sounds and call them country because nobody in the industry will complain. It’s all about chasing the success of Sam Hunt and his unabashed labeling of urban music as country, and in the vacuum of any true original ideas or inspiration, Music Row’s copycat conveyor belt is churning out one Metro-Bro after another.

Though Bro-Country was terrible—possibly even more terrible from a sonic standpoint than Metro-Bro—this new movement is more effusive, and less country at its heart. Frankly put, if Metro-Bro is allowed to completely permeate mainstream country, it could be the death knell for the genre since it will leave country music virtually indiscernible from the rest of popular music.

Welcome to country music’s new hell. Here are some examples:

There is one thing to take away from “Beautiful Drug” and one thing only: Zac Brown wants your money America. I would label this a sellout moment, but even that seems to slight just what depravity of character the Zac Brown Band evidences by releasing this song, especially as the first track on an album. He might as well have just cued up a mic and screamed “Fuck You!” to start this thing off. Dig deep in those pockets, put your dollars on the table, and nobody gets hurt except the souls of country music fans. It’s time for the Zac Brown Band to get paid mother truckers, so quit your bellyaching and pony the hell up. (read full review)

Like Mephistopheles himself gorged on a diet of the most grotesquely valueless souls, and then 36 hours of insidious churning in the innermost bowels of hell amidst unholy gastric juices eventually putrefied a malevolent impaction to be shot out of the Satanic anus like a worm-riddled disease baby, Thomas Rhett has unleashed a new single on the planet called “Crash and Burn.”

May the ghost of the great Sam Cooke kick Thomas Rhett’s ass eternally for ripping off the iconic rhythm and cadence from the classic American standard “Chain Gang” in such an open and arrogant manner that even a villainous bystander like Vanilla Ice would give this the hairy eyeball. (read full review)

The Texas country outfit now turned Scott Borchetta Republic Records signee Eli Young Band were so eager to get their EDM/R&B/Dance contributions out to the malleable and easily-bemused country music public, they just rushed out a digitally-exclusive four song EP featuring nothing but this Metro sound called Turn It On. The title track is the EP’s first single. “We live in a time when fans are consuming music at a voracious pace as well as having a strong penchant for instant gratification.” The president of Republic Records Nashville Jimmy Harnen literally said that in a press release about this song. (read full review)

When the hints began to drop days before the release of “High Class,” showing images of Paslay dudded out in a black suit, you immediately knew where this was headed. This whole Metro-Bro mess is like the zombie apocalypse of country music, sparing not a single soul, and instead of turning its victims into flesh-eating undead, it turns them into blazer-sporting, martini-sipping, cocaine club douche rockets with their manscaped bodies quaffed in Axe, and racked with a raging, incurable case of shallow, self-absorbedness. (read full review)

This is Gary Allan’s big sellout moment ladies and gentlemen. No pretenses, no qualifiers, just come out and act like you’re into what Sam Hunt and Thomas Rhett are into at the ripe age 47. This is even a bigger sellout moment than Tim McGraw with “Truck Yeah” and Jerrod Niemann with “Drink To That All Night” because you half expected those moves from those knuckleheads. But Gary Allan? The tatted up, “Get Off on the Pain” guy? What, does he have a boat to pay off? (read full review)