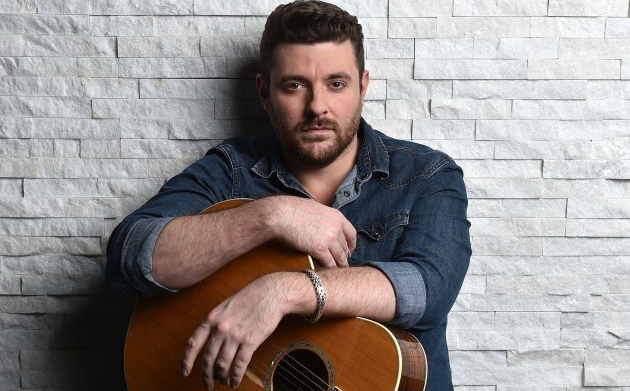 When Saving Country Music had the incredible audacity to assert that the decision by the Grand Ole Opry to make Chris Young its newest inductee was just of ho hum quality—not ‘bad’ mind you, just one that could have been afford to a host of more worthy applicants—the calls for my head by Chris Young fans and even general country music listeners was incredible. “Sorry Trig, but you’re wrong on this one,” was the general response in numerous places, with some even saying it was the final straw for their SCM patronage. How could I run down one of the best voices in country, and someone who had put out such quality country in their career?

Nowhere will you find Saving Country Music, or really anyone questioning the quality of Chris Young’s singing abilities. And if you do, they’re patently wrong. Give Young’s pipes all the credit in the world. But it’s how you employ them that’s most important. Trace Adkins has one of the best bass voices in all of modern country (and is an Opry member himself), but that doesn’t give him a pass for “Hony Tonk Badonkadonk” or the puppet sex of “Brown Chicken Brown Cow”—an abomination his career still hasn’t fully recovered from.

Chris Young had some real quality songs and records early in his career, and I went out of the way to give him credit for that when questioning his Opry invitation. But his 2015 record I’m Comin’ Over was just about one of the most generic albums released in country music ever. It doesn’t mean Young’s voice didn’t shine through in spots, or that you wouldn’t hear a steel guitar waffing through here and there. But the production was egads awful from being so super safe and paint-by-the-numbers, and it made a great voice and even at times decent songwriting virtually unlistenable.

Of course all of these observances of I’m Comin’ Over are one person’s opinion. But surely there is greater consensus behind the wrong step which is Chris Young’s current single “Losing Sleep,” especially among true country fans. There’s no selling him as a current traditionalist after listening to this clear pandering to Sam Hunt’s success. 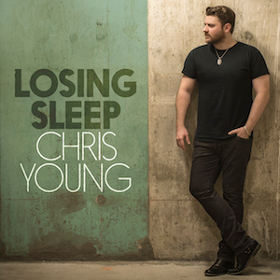 I can understand how some Chris Young fans aren’t even aware of the song since it’s been slow to move on the charts and currently sits outside the Top 20. Frankly when I first heard the song I wanted to rail against it then, but adopted the approach of hoping it would just fail under its own weight like the recent other Metro-Bro selections from quality mainstream country artists like Gary Allan, and we could just ignore it as a errant misstep and sweep it under the rug.

But the Grand Ole Opry invitation—just like it was used with surprising effectiveness for Little Big Town—is a tool the mainstream can employ to finally get a second-tier artist over the hump, and it seems to be part of a broader pre-album release strategy to get Chris Young out of the shadows, and take advantage of the absolute whitewashing of any country influences in current “country” singles that has been spearheaded by Sam Hunt, Luke Bryan, and the like.

Where Chris Young once was one of the few remaining firewalls of true country influences in the mainstream, now he’s one of the catalysts for non country influences taking full control. As an R&B song I guess “Losing Sleep” works pretty well. But as a country song—with it’s stupid smooth jazz guitar, thumping Roland-derived electronic beat bed, and sexytime theme, it utterly fails—and from someone who you expect better from. The I’m Comin’ Over album wasn’t a misstep in Chris Young’s career, it was a steeping stone to going full sellout if “Losing Sleep” is any indication.

It sucks to count Chris Young as the latest artist lost to the marching of the R&B-ification of popular country music en route to the monogenre. But you can’t point back to a five-year-old song like “Neon” and somehow make the putrid taste of “Losing Sleep” miraculously go away. Every listener is different, and for some an artist’s current output can be so bad it can sully those past memories of musical greatness. But it doesn’t have to. If you’re a real country music fan and find plenty of favor with those previous Chris Young records, don’t let my angry ramblings about “Losing Sleep” or anyone else’s get in your way.

But my job is to erase any previous notions or biases out of my memory banks when regarding a piece of music. And standing alone, or maybe especially because we know Chris Young can do better, woof woof my friends, “Losing Sleep” is a dog, and nothing resembling a country song. I’m sorry.