Steelism’s “615 To Fame” Puts Sidemen in the Spotlight 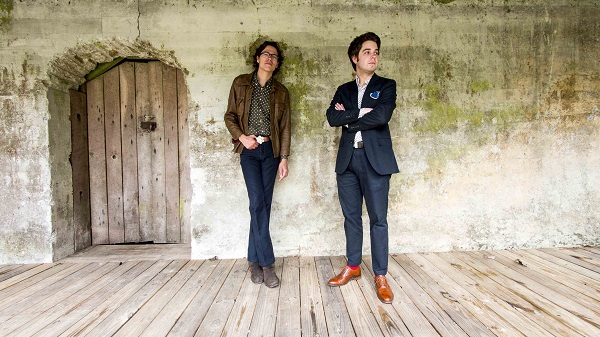 See, this is the kind of weird stuff we need more of.

If you have a strong penchant towards wondering about the untold stories of music’s most adept sidemen like I do, then perhaps you have already pondered upon Telecaster player Jeremy Fetzer and pedal steel player Spencer Cullum Jr. from seeing them on stage with artists like Caitlin Rose, Andrew Combs, and Jonny Fritz just to name a few. There they are doing their worst in the wings while the person whose name is on the poster soaks up the spotlight.

It was in a collaborative state with Caitlin Rose that I first noticed these two young men on stage together, and in my conniving brain I looked at the lanky Cullum Jr., all British and badass on the steel, licking it harder than a calico cat trying to unlodge a gob of Wrigley’s gum from its underbelly, and Mr. Fetzer looking like some damn modern incarnation of Joey Lawrence, all bushy eyebrowed and boyish, who could probably lay half the town’s female eligibles, and I imagined some scandalous love triangle being hatched between the two and Caitlin as they stood up on stage, kicking the crowd’s asses so effortlessly it seemed unfair. In truth it was probably all platonic, but for some reason the idea of sexual frustration permeating that lineup made the music sound that much better. 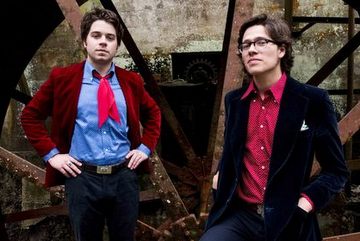 But here are Fetzer and Cullum Jr. striking out on their own, and I have to say I wasn’t particularly excited about this development when it first came across the wires. These two young men were so “instrumental” (hardy har) in the sound that Caitlin Rose cultivated on her formidable last album The Stand-In, I was completely unreceptive to any changes that might disrupt that chemistry.

What’s so great about sidemen is they don’t give a shit about being out front. But in the Booker T & the MG’s lineage, Steelism is very much a sidemen band. They could have thumbed through their beefy Rolodex of previous collaborators and solicited the vocal services of some of their semi-famous to famous friends. Hell, they’ve played behind Miranda Lambert before. A few weeks ago I was watching that dumb “CMA Music Festival: Country’s Night to Rock” extravaganza on ABC, and there was Spencer Cullum Jr., all swaying his head as he played steel guitar for the Carrie Underwood / Miranda Lambert screech fest “Somethin’ Bad.” Yes, apparently that song has steel guitar. Somewhere.

But really where these two young twangers trace their nucleus back to is the East Nashville independent scene where they’ve played with just about everybody and established that they’re pretty much cooler than any of us could every be, at least judging by the list of their hip musician friends. But you won’t hear any famous vocalist contributions here. In fact you won’t hear any vocals at all. This is all about the instrumentation baby, so stoke your inner band geek and get ready for an innovative, yet influence-grounded exploration of composition and instrumentation that would be quite a stretch to classify as “country,” but still appeals to people with open minds who enjoy all music that shows reverence to the roots of modern sounds. 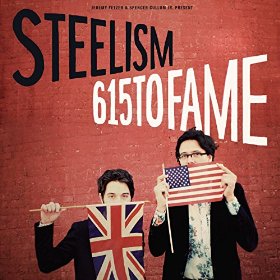 The title 615 To Fame is not some out-front prediction of where this record might take this duo, it is in reference to how half the album was cooked up in a collaborative space in Nashville (whose phone prefix is ‘615’) called Club Roar, and the other half looked to imbibe their tunes with the Southern sweat indicative of the Muscle Shoals vibe that they tried to capture at Fame Recording Studio with the Alabama Shakes’ Ben Tanner in the role of producer. The result is a multi-faceted and spicy record, that takes both an informed and inquisitive exploration into the bounty of sounds that lend to the diverse and rewarding American music experience, with a little British spy and Beatlesesque psychedelia from across the pond mixed in for good measure.

This stuff ain’t for everyone. This is for the vinyl nerds and the deep diggers of the music consuming populous who like to find that little offbeat project that their friends would never get, and listen to it too loudly alone on a random Saturday night. What surprised me the most is the depth of instrumentation Spencer and Fetzer enlisted for this endeavor, and the lengths they went to and the courage they had to put whatever they heard in their minds on these tracks instead of settling for what was close at hand.

When this project first started out, they were farting around with cover songs and such, and I was scared it would become some cheeseball hipster project that I would resent even more for jeopardizing the Caitlin Rose mojo. Instead it is expansive and joyous, though still probably a little too fey and a little too undefined for the average listener. But screw those average listeners, they shouldn’t be reading Saving Country Music anyway. 615 To Fame is totally in the spirit of Booker T & the MG’s Green Onions in the way it begins with the groove, but Steelism gets much more involved, adding layers of ideas and interwoven melodies.

So yes, I give you permission, even as a hardened country fan to enjoy this album. And I also give my papal blessing to Steelism, as long as Spencer Cullum Jr. and Brian Fetzer promise to continue to lend their creative juices in at least some capacity to headliners in the future, since this has resulted in some of the best music that has graced our ears in the past few years.

Purchase 615 To Fame from BandCamp