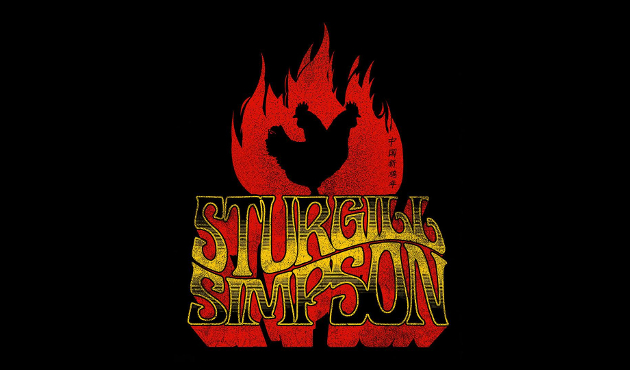 As Sturgill Simpson told us during his now infamous live stream during the 2017 CMA Awards, do not expect a bunch of tour dates from him in 2018 as he focuses most of his efforts on recording new material and possibly producing some projects for others. But he did say, “We’re doing some festivals this year just to keep the chops up while I’m working in between . . .”

In the last few days Sturgill’s festival schedule has come more into focus as many of music’s major gatherings announce their lineups now that the Holidays are in the rear view and folks are mapping out their 2018. These may be your only opportunities to see Sturgill in 2018 if you’re so inclined, so start planning now.

Though when asked, Sturgill Simpson said he might not share stages with folks like Cody Jinks again, that’s exactly what he’ll do when the two fiercely independent artists play on St. Patrick’s Day at the Pot of Gold Music Festival in Chandler, Arizona on March 17th. Also on the bill that day are St. Paul and the Broken Bones, The Infamous Stringdusters, with Phil Lesh headlining. For those who know, Chandler is the Phoenix suburb where Waylon Jennings once lived, and he was laid to rest in nearby Mesa.

Then after playing a standalone performance at the Radio City Music Hall in New York on April 13th with close friend John Prine, Sturgill will be playing the Sweetwater 420 Fest in Atlanta, GA at the Centennial Olympic Park. As the fest’s name implies, it’s being held on 4/20. Other participants include the Tedeschi Trucks Band, and Andres Osborne.

Sturgill Simpson has also been announced as a participant in the 2018 Bonnaroo Festival in rural Tennessee. “I’m playing Bonnaroo this year on my 40th birthday…and making the boys dress up like The Rockafire Explosion Showbiz Pizza band,” Sturgill said on Twitter Tuesday (1-9). The Bonnaroo dates are from June 7th to 10th, with 51% percent of the proceeds going to LiveNation.

Simpson will also be a headliner of the prestigious Telluride Bluegrass Festival along with the Sam Bush Band and Emmylou Harris. “Been waiting for this one…” Sturgill says about the fest taking place June 21st-24th in the picturesque mountains of Telluride, Colorado. Then on July 28th, he will appear at the EXpoNential Music Festival in Camden, New Jersey, with The War on Drugs, and the Preservation Hall Jazz Band.

Don’t be surprised if a few more festival slots materialize in the coming days and weeks for Sturgill Simpson in 2018, but it may not be smart to wait around for a full-blown tour because there may not be one, at least in the first half of the year.