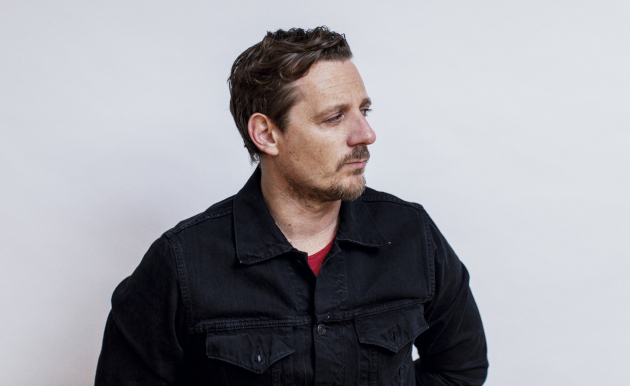 And something tells me Sturgill Simpson agrees.

This is not some commentary on the quality of Sturgill’s new album, Sound & Fury. It’s not about country fans evening scores because he decided to not make a country record. If you like the record, that’s all that matters, regardless of genre. It’s simply stating a fact that Sturgill’s new record is not country, and doesn’t belong on country charts pushing actual country albums lower down the ladder, and diluting what the term “country” means. On Billboard’s latest Top Country Albums chart, Sound & Fury shows up at #3. Sturgill was beat by Whiskey Myers, who came in at #1 with their self-titled release, and Jon Pardi’s Heartache Medication at #2.

“It’s definitely not a country record,” Sturgill Simpson told Sarah Silverman point blank back in November of 2018 about the new album. The “definitely” underscores that there’s no wiggle room in that interpretation. Sturgill Simpson then said in July, “We went in without any preconceived notions and came out with a really sleazy, steamy rock n roll record.”

Then in the only print feature published on Sound & Fury that included Sturgill Simpson’s participation, Jon Caramanica writing for The New York Times states, “‘Sound & Fury’ is an album full of songs fired in the caldron of that new success: resentful, agonized, seething. It is also not a country album.“ Sturgill describes the album later in the article as a “…sleazy synth-rock dance record.”

So the question is, why is Sound & Fury on the Billboard country charts?

The answer is because Billboard has no idea what it’s doing. This has been true for it’s Hot Country Songs chart for some time, with Billboard allowing a song by Bebe Rexha to become the longest-running #1 in the chart’s history with “Meant To Be” just because Florida Georgia Line guested on it. The same thing is happening as we speak with a song by EDM artist Marshmello called “One Thing Right.” It just went #1 on Billboard’s Hot Country Songs due to Kane Brown appearing on it. The collaboration knocks Blanco Brown’s “The Git Up” out of the top spot that it’s held for months due almost solely to people making Tik-Tok videos of it. This week “The Git Up” officially failed at country radio after topping out at #44, speaking to the track’s remarkable weakness within the genre. Nobody in country cares about this song, yet it’s considered one of the biggest country tracks in all of 2019, according to Billboard.

And what’s the most added song on Billboard’s Country Airplay chart this week? It’s a song by Justin Bieber collaborating with Dan + Shay called “10,000 Hours.” Of course none of these questionable entries on Billboard’s country charts resemble anything near an actual country song. But at least in these cases, the artists and the industry still regard them as country, legitimately or not. When it comes to Sturgill Simpson’s Sound & Fury, this is not about various interpretations of what is country and what isn’t. Sturgill quite literally went out of his way to purposely not make this a country record. Sound & Fury was not released on a country label. It’s not being played on country radio. Sound & Fury is not country by anyone’s estimate. And yet it lands on the country charts anyway.

Does any of this even matter anymore? That’s a good question, and one that gets more interesting by the minute as Billboard continues to make these dubious decisions, while the periodical recently decided to put all their charts behind a paywall, severely limiting access to the public. So now if you want to see where your favorite band is charting, you have to give Billboard the same amount you give Netflix each month, or Spotify for a premium account. Or, you can just ignore these charts since they seem to be making a mad dash to becoming more illegitimate and obsolete as we speak.

But that didn’t stop one of Billboard’s catastrophically bad decisions earlier this year from becoming the biggest discussion point in the entirety of country music in 2019, and an existential crisis for the genre. We’re talking about Billboard’s unilateral decision to first allow Lil Nas X’s “Old Town Road” onto the Hot Country Songs chart, and then unilaterally deciding to remove it the next week. There are now upwards of 600 articles and think pieces written on this decision, and the adversary in nearly every one of them is not Billboard, who was solely responsible for the disastrous decision. It’s the supposed racism coming from country music, when nobody in the country industry had anything to do with the decision, whatsoever.

In an article posted by Billboard on September 19th—well after the fervor over “Old Town Road” had died down—Billboard’s Senior Vice President of charts and data development, Silvio Pietroluongo, finally came clean, saying the decision to remove “Old Town Road” from the Hot Country Songs chart was “purely an internal decision.” But of course, Billboard didn’t pipe up about this as country music was getting dragged through the mud. They only spoke on the matter through proxies and on condition of anonymity. Why would they though, when it was country taking all the heat instead of Billboard?

Removing Lil Nas X from the Billboard Hot Country Songs chart proves Billboard either made a mistake adding it in the first place, or the mistake was removing it. But regardless of what anyone feels was the right decision in the matter, it was Billboard’s inconsistency that created the controversy. Blanco Brown’s “The Git Up” is allowed to chart in country, and so is Sturgill Simpson, even though he’s actively marketing Sound & Fury as his breakaway from the country genre. Again, “It’s definitely not a country record,” is Sturgill’s opinion on the matter.

The unfortunate and extremely messy chaos that ensued around Lil Nas X and “Old Town Road” is what can happen when these charts are not dealt with in any kind of uniform, informed, intuitive, judicious, or reverent manner. Ken Burns had been working seven years on an 8-part documentary about country music that aired in September, and all he could talk about in the run up to the film was how Lil Nas X should be considered country, attempting to stave off being rebuked by the public at large for devoting his time on such a racist genre. These are the widespread and effusive implications the judgement calls Billboard is making on these charts can have.

And don’t bother with the argument about how there’s actually more country on Sturgill Simpson’s Sound & Fury than there appears at first listen. This point was made in the review of the album when Saving Country Music concluded, “Multiple tracks on the album are country songs, just with a different sonic treatment.” But it’s those same sonic treatments that Billboard cited when removing Lil Nas X’s “Old Town Road” from the country indexes. Of course there are other records that Sound & Fury is more “country” than currently on Billboard’s Top Country Albums charts, but this is more of a further rebuke of Billboard’s methodology than it is an excuse to include Sturgill Simpson. Some country fans will criticize Sturgill unfairly for being on the country charts, when it was Billboard’s decision, not his.

Sturgill Simpson’s new album charted #3 on the Billboard Top Rock Albums chart, as well as #12 on the all genre Billboard 200. The album found it’s home, and doesn’t need to chart in country to be dealt with equitably. Nowhere is Sound & Fury being listed as country. Why not honor the wishes of the artist, and allow the album to chart where it’s appropriate? Otherwise, it’s just taking up space and attention from titles that deserve that distinction on Billboard’s country charts, and further mucks up the already nauseating discussion about what country music even is.