‘Twas The Night Before Christmas (The Ballad of Bro Country)

Trigger Down with Pop Country 23 Comments 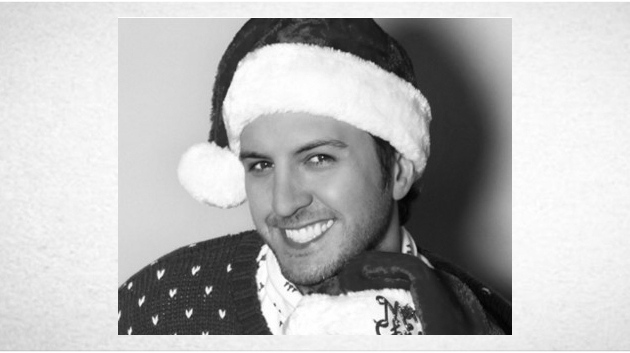 ‘Twas the party before Christmas, when all through the home
One creature was dancing, on a truck covered with chrome;
The beer cans were stacked on the chimney with care,
In hopes that Luke Bryan soon would be there;

The fan boys were wasted passed out in truck beds;
While visions of strawberitas danced in their heads;
And bae in her boots, and I in my cap,
We tried catching our 2nd wind, with a short Winter’s nap,

When out on the lawn there arose such a racket,
I sprang from my bed, and chose vest over jacket.
Away to the window I strutted in stride,
Tore open the shutters to check out his ride.

Headlights beamed on the new-fallen snow,
Gave the perfect platform for the party below,
When what to my wondering eyes did appear,
But a tour bus and eight men drinking beer,

With a pelvic thrust and teenage girls cryin’,
I knew in a moment he must be Luke Bryan.
More rapid than coon dogs the party guys and gals came,
And he whistled, and shouted, and called them by name:

As legends before them paved the way for their stage,
They wrote songs about trucks and perform for girls underage;
So to the top of the rafters their voices they flew
With the stage full of bras, and Luke Bryan too—

And then, in a twinkling, I heard on the roof
A choreographed dance routine, and a bag full of loot.
As I danced in my boots, and was turning around,
Down the chimney Luke Bryan came with a sound.

He was dressed from the Buckle, from his head to his foot,
He had a vest and baseball cap, but his hair was still well put;
A bag full of albums he had flung on his back,
And he looked like Johnny Cash, if he decided to be a hack.

His eyes—how they twinkled! his dimples, how merry!
His subtle beard covered in jello shots, flavored strawberry!
His smirky little mouth was drawn up like a bow,
He was in good shape, he had went to the gym to row;

He had a glisten, he had perfect white teeth,
His lip was unfilled, there was no chew underneath;
He had a happy face and 6 pack abs
He was a Music Row masterpiece, without an ounce of flab.

He was the image of today’s country, a moment I would save,
Although I knew in my heart of hearts, Merle is rolling in his grave;

A wink of his eye and a shake of his hips,
I couldn’t help but mutter, his songs from my lips;
He spoke not a word, but went straight to his work,
And the cowboys and cowgirls began to dance and twerk,

And the party was bumpin, and bae back in the mix,
We sang about girls and beer with my fellow new age hicks;
He sprang to his chrome Silverado, he gave a rebel yell,
They took to the back roads to raise their own little version of hell.

I couldn’t help but think “That’s my kind of night”—
“Happy Christmas to all, and to all a good night!”

This was submitted to Saving Country Music by a reader in Nashville named Andy who wrote it while having to work on Christmas Eve.