Who Are These Cretins Raising Hell with the Houston Rodeo for Booking Leon Bridges? 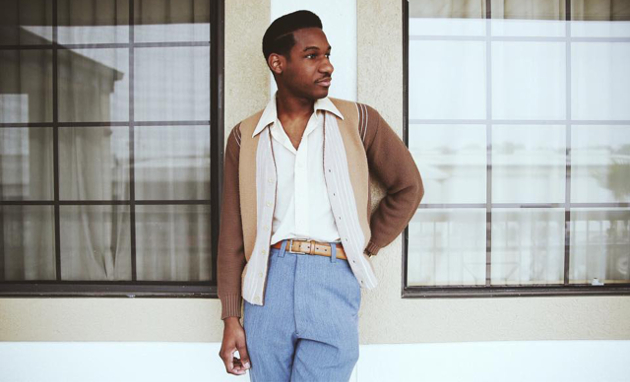 The announcement of the main stage lineup at the Houston Rodeo is an annual head scratcher for many across the Lone Star State and beyond who actually pay attention to the music native to Texas and Houston, and wonder why one of the biggest events in Texas all year chooses to import most of its talent from out of the state instead of showing pride and support in its Texas entertainers?

Sure, a few ringers from outside of Texas are understandable. This is an event for everyone, and needs to appeal to a wide swath of the public. But the lineup is so bereft of Texas talent, and filled with the most mainstream of mainstream selections, it all transpires each year with such nauseating predictability. Only the halftime performers selected for the Dallas Cowboys annual Thanksgiving game illustrate less imagination than the Houston Rodeo.

Over the last few years, Saving Country Music and others have taken the Houston Rodeo promoters to task for passing over local and Texas talent, and when they released their 2018 lineup on January 3rd, it almost warranted yet another rant about their lack of quality and local talent with names like Luke Bryan, Kelsea Ballerini, Rascal Flatts, and Keith Urban making the roster. But a few of the names showed at least a little effort to think outside the box. Booking Chris Stapleton helps give the 2018 Houston Rodeo a little substance at least. Texas country’s Cody Johnson performing in a big Saturday night slot is a real step in the right direction, especially after Johnson and Aaron Watson both held their own in marquee performances at the rodeo last year.

And the one name that virtually trumped all concerns about the 2018 lineup was Texas native and modern throwback roots icon Leon Bridges making the roster. Bridges is scheduled to play Friday, March 2nd on Black Heritage Day at the rodeo. This is exactly the type of artist the Houston Rodeo needs to be booking—someone with strong momentum behind them and a hip and relevant sound who will sell tickets, but someone who also isn’t just yet another mainstream radio star to perform for the mind-numbed masses.

Yet now there is a supposed outcry over the Leon Bridges booking, and specifically from people saying he’s not appropriate for Black Heritage Day.

It’s hard to tell just how much of the Leon Bridges backlash is real, or if it’s just derived from local Houston media looking for drama. The impetus for a News Channel 2 story on the matter was people leaving feedback on the NBC affiliate’s Facebook page complaining about the Leon Bridges pick. Using Facebook comments as a barometer of public sentiment—or even worse, as the basis for media stories—is one of the fundamental problems with news coverage today. Facebook comments sections are often a slag pit of embarrassing illustrations from the worst of humanity, and I’d offer up your average Facebook comments section of Saving Country Music’s own articles as substantial evidence. They’re like funnels of idiocracy.

Regardless, News Channel 2 in Houston then interviewed local DJ Keisha Nicole of 97.9 The Box about the issue, with her saying, “Leon Bridges, no slide to him, great artist. I had a lot of people say they rock with his album, but if you’re asking just anyone, most people don’t know him as a household name.”

Look, if you don’t know who Leon Bridges is, especially if you’re living in Texas, this is a greater indictment of your musical tastes than it is the Houston Rodeo for booking him. Leon Bridges has been the musical guest on Saturday Night Live. Leon Bridges was nominated for Best R&B Album at the 2016 Grammy Awards. Leon Bridges has headlined festivals. Leon Bridges had a #1 hit on AAA radio with “Smooth Sailin'”. He had a Top 10 Most Viral Hit on Spotify with “Coming Home.” His biggest song on Spotify called “River” has been streamed over 56 million times.

This issue hits at something much deeper than just who is playing one of the biggest civic events in Houston all year. It touches right at the heart of the concern that the entirety of American society is becoming one big monoculture dominated by hip-hop. The problem is not that Leon Bridges isn’t well-known enough. It’s that he’s an artist that cuts across the cultural and racial divide, and that he’s not a rapper. The people complaining on Facebook don’t care if it’s a Texas native playing Black Heritage Day, or have any desire to potentially discover something new. They want Nicki Minaj to take the Houston Rodeo stage in a body suit, and rub up against a pole for 90 minutes while she lip syncs, because that’s what they’re familiar with.

African Americans are responsible for so much of the great music that makes up the tapestry of the American culture, and arguably more than America’s Caucasians do. Jazz, blues, funk, soul, much of rock and roll, and hip-hop all have their roots in black culture. Even elements of country and bluegrass owe an element to black culture to an extent rarely given proper credit. But as Questlove of The Roots said best a few years ago, today black music is hip-hop, and hip-hop only. In fact, much of white culture is also centered around hip-hop. Listen to Taylor Swift’s new record. Listen to country radio, and at least half, if not most of the songs you will hear are dominated by electronic hip-hop beats, rapping or talking instead of singing, and urban annunciations from individuals who don’t talk in those tones in regular conversation. According to the end-of-year tallies, hip-hop was the most dominant genre of music in 2017, and also the greatest gainer.

This rebuke of Leon Bridges playing the Houston Rodeo is the perfect example of the monogenre taking root throughout society. Frankly, one of the reasons you’re not seeing many “household” names in hip-hop being considered for the Houston Rodeo’s Black Heritage Day is because they’re just not family friendly acts, and are inappropriate to put on the stage.

I get it, Leon Bridges is not the conventional black superstar on par with Luke Bryan or Jason Aldean in country music. But it shows an element of leadership by the Houston Rodeo to think outside the box, and find someone who can still pack the house and represent black heritage well, without being a big radio name. Just like Chris Stapleton does in country, Leon Bridges poses a threat to the power of radio on the masses, because he’s proven you don’t need radio to be successful. No wonder local DJ’s are speaking out about the pick.

What’s wrong with discovering something new? What’s wrong with representing music that is not hip-hop? And even worse, what will happen to future Houston Rodeo lineups if the few names they do choose that are not mainstream superstars stir controversy? The Houston Rodeo needs Leon Bridges, as does the American music landscape that has fallen prey to a hip-hop monogenre, eroding the diversity from where the American culture has always derived its strength.