Why It’s Unfair for Meghan Linsey to Win “The Voice” 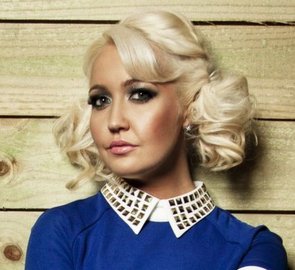 The reason why these reality TV singing competitions, dancing competitions, and talent shows have worked so well over the last 15 years is because they tap into the innate desire of every human to be plucked out of the morass of obscurity and get the chance to become a superstar. The children of America and beyond are ingrained with a rock & roll fantasy that some day they can become famous, and that this fate is the ideal that every human being should strive for.

No individual TV show has done better in the last few years at connecting with the American population and awakening this idea of the average individual ascending to superstardom than NBC’s singing competition The Voice. As American Idol flounders and just recently announced it will be entering its last season, and other attempts to battle the show like The X Factor have failed, The Voice has become NBC’s multi-season ratings anchor and signature franchise.

However, by including former Steel Magnolia member Meghan Linsey in their latest season, The Voice is jeopardizing their pact with the viewer that the competition is a true vetting of amateur talent to find a diamond in the rough that can be polished up to shine.

As first pointed out by Saving Country Music when Megan Linsey’s involvement in The Voice was first brought to light, her previous experience in the music business was far from amateur, and not even close to being unsuccessful or unnoticed. Steel Magnolia’s 2011 album was released on Big Machine Records (Taylor Swift’s label) and became a Top 5 album in country, and a Top 10 album overall. The duo had a Top 5 hit with “Keep On Loving You,” and was nominated by both the CMA and ACM Awards for Vocal Duo of the Year. There are many professional mainstream country artists who have yet to achieve any of these accolades during their entire careers.

Moreover, it was another singing competition called Can You Duet that gave Megan Linsey and Steel Magnolia their big break in the first place. They won the competition in 2009 when Big Machine Records CEO Scott Borchetta was one of the judges. Yes, Megan Linsey’s fiance Joshua Scott Jones turned out to be a less than stellar life and singing partner when he ended up in rehab and the duo ended up splitting, but Megan still had the connections and name recognition that even many professional musicians can’t muster, and certainly has more success and connections than any other competitor in The Voice previously.

Some say that it’s not the job of The Voice to showcase amateur talent, or even to help launch the contestant’s musical careers. It’s only the show’s job to put on a competition and entertain viewers. But if you erode the spirit behind the show as something that awakens the dreams of the American public about the opportunity of stardom, then you’re breaking all manner of unwritten rules.

To the credit of The Voice, the show is not trying to hide Meghan Linsey’s past. But at the same time, the judges and producers keep putting this narrative on her of a disadvantaged artist who got the short end of the stick and was unfairly handled by the business, when in reality Meghan Linsey saw stardom and riches 98% of musicians never get a chance to see. It’s not just that Megan Linsey is in the competition, but how The Voice has attempted to portray her as an underdog to make up for her previous successes that gives the whole situation a disingenuous and smarmy feel.

Potentially exacerbating the issue for The Voice is the way the show is automated now to whip the supporters of various contestants into a fevered pitch, pushing them to post on social network with hashtags, and tasking viewers to purchase tracks on iTunes. It makes a segment of viewers of the show so emotionally invested in the outcome that if there’s a question of impropriety, real or perceived, it can fuel a nasty backlash. Like a sports controversy with fans cheering for laundry and blaming the refs, or “Deflategate” for example, people feel personally injured if the outcome is not in their favor, especially if the situation looks less than fair.

Meghan Linsey is likely to win The Voice. She was a front-runner when she entered the competition, she’s been a front runner the entire time, her judge Blake Shelton has won the majority of the show’s seasons, and since there is a fan-voted component to the show, and Meghan comes with a lot of infrastructure and publicity acumen in place compared to the other contestants, she has a competitive advantage.

None of this is Megan Linsey’s fault, and she’s a great singer. Meghan is just trying to do the best by her career. A singing competition started it, so why not use one to revitalize it? But in the process she could do some serious damage to the integrity of the show if the perception is contestants are hand-selected ringers, instead of true amateurs off the street.