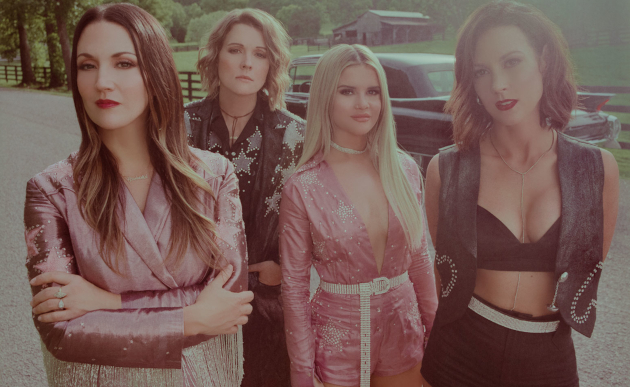 We thought the press and marketing push behind Kacey Musgraves and Golden Hour was a little ridiculous in its fawning praise and lack of perspective, with multiple mostly pop-oriented writers presumptuously declaring the album the best country music record all year in late March. But nothing has compared to the sycophantic and sometimes outright incorrect press The Highwomen have enjoyed. Screw just declaring it the best record all year, Variety claims it’s the best record in YEARS (plural), The New York Times gives it credit for singlehandedly disrupting country music’s boys club, without making a single reference to country music’s other current female supergroup, the Pistol Annies, who just released a highly-aclaimed and commercially-successful album last year, or Our Native Daughters, or the fact that Kacey Musgraves won the super-fecta of Album of the Year awards—including the all-genre Grammy Album of the Year—in the last awards show cycle.

Once again, biased journalists with deep-rooted political agendas are working to weaponize music and make country their bullseye by unabashedly Stanning for The Highwomen and lavishing them with hyperbolic platitudes to virtue signal for their fellow journalists in tightly-wound Twitter echo chambers, doing way more harm than good by building barriers to this music as opposed to tearing them down, setting up unattainable expectations, and ultimately turning off the very people who need to hear this record the most.

Forget that Amanda Shires promised early on that this project would not be “man haters,” and that the content of this record is only political or polarizing in fleeting passages at best. The press wants to declare that the Highwomen are subverting country because it makes for a good narrative and clickbait.

Strong songwriting underpins inspired performances delivered by four women with passion for this project and its material in this initial effort by The Highwomen. Instead of writing it all themselves, they took the Nashville approach of utilizing co-writers to refine each effort that began with their original ideas, and it shows in the results. Some of the material is just fun, which helps sell this record to audiences. “Redesigning Women” and “Don’t Call Me” give some spunk to this project like a Pistol Annies record. The Highwomen also get super personal, like the collective effort in the stirring “Crowded Table,” and the Natalie Hemby-sung “My Only Child.” Amanda Shires singing the only solo-written song of the set called “Cocktail And a Song” is a pure gem—her expressive voice enhancing the specificity of the references in the lyrics to make for a real weeper. If you want to catch the feels, this record gives you plenty of opportunities. 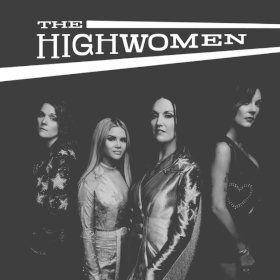 And if classic country goodness is what you’re looking for, you luck out there too. “Heaven is a Honky Tonk” would have been a number one hit and a country standard today if it was cut in 1974. Be as critical as you want of Maren Morris, and she’s earned it with her solo efforts. But the Maren-led “Loose Change” is spot on, and easily the most country song of her career, or the careers of the current class of country pop females. Those who complain about Maren would hush up real fast if she put out more material like this, which begs the question of why so many mainstream country artists relegate their actual country material to side projects and supergroups? You could ask the same question of Brandi Carlile and Amanda Shires, who both can really slay country material when they cut it, and prove that again on this record, even though their solo careers stick much closer to Americana.

As for the more supposedly polarizing portions of this record, the rewrite of “The Highwaymen” handled predominantly by songwriter Jimmy Webb puts the struggles of women in American history in place of the characters found in the original version of the song. The truth is this has always been a weird song, and rests in country’s collective consciousness fondly simply from nostalgia. But the new version is fine, and get bonus points for feature Yola, who blows the doors off of her portion about the Freedom Riders. And even though it’s a misnomer on the part of Brandi Carlile and others that “If She Ever Leaves Me” is anywhere near the first gay country song, it’s still smartly written and well performed.

What injures this album is the approach in engineering and production, which finds Dave Cobb once again revitalizing the retro recording techniques and equipment that make it sound like you’re listening through pond scum. This filmy, monochromatic method offers little to no clarity between the separate signals, and is especially heavy handed on this record. It may be effective for evoking feelings of nostalgia, but quickly frustrates the ear when presented in successive songs, and probably should have only been employed in one or two of the more retro tracks. Brandi Carlile specifically wanted the four singers mixed in mono as a way to symbolize their solidarity with each other, and with all the women of country music. As valiant as this idea is, if we’re here to sell people on the value of women in country music, getting high production value behind their performances would have been preferred, and more effective.

Additionally, the instrumentation on this record is dealt with very curiously, with the few solos coming across as muddy, and the other instrumentation buried so deep in the mix, it’s nearly indiscernible in the blobby nature of these tracks. You can tell there’s some really cool stuff being played, you just can’t really hear it. It’s like it’s infused in the music like the flavor of a zero calorie spritzer, as opposed to you getting a big succulent bite of an inspired performance. Apparently Cobb used 70’s mics for this project, and it shows. The songs shine through, but the vocal and instrumental performances don’t. Years from now they’ll wonder why we made this record and others to sound purposely dated as opposed to taking advantage of accessible technology to make vibrant recordings. Reports say that Dave Cobb declared “Redesigning Women” a hit when they first recorded it, and that it would be the ultimate indictment of country radio if they didn’t play it. But country radio isn’t going to play anything that sounds like this. You can be classic, and country, and expressive, and still make it sound good for general audiences.

Highwomen is not nearly as incredible as some are characterizing it, just because that would be impossible from the unattainable expectations set by people who care more about the political alignment of the performers and their propensity to share it in social media posts as opposed to a sincerely objective assessment of the music. The situation facing country music women will not materially change because of this record. It will have no impact on radio because it wasn’t made for it and isn’t being worked there, and frankly, just doesn’t sound good enough for it from a production standpoint. The Highwomen won’t tour significantly behind this record either, so it won’t open doors for women in the live space where they also struggle.

Nonetheless, Highwomen is a great little supergroup project, fun at times, really touching and profound in others, undeniably country, and just cool overall. It will probably win some awards, because that’s what happens with projects like these. And it definitely has helped raise awareness about what is happening with women in country music, as well as reinstalling it with some important themes and perspectives, even if they’ve always been there via many other artists, it’s just the press doesn’t bother to pay attention to them like they have this particular collaboration.

And as silly as it is for pop writers to declare this record the best country album in years, it would be just as silly for country listeners to avoid it due to perceived political entanglements, or some other notions beyond listening to the music itself, and making their own judgement. One of the smartest pieces of press written about the record came from Carena Liptak of The Boot, who says, “The temptation in listening to the Highwomen is to hail them as unprecedented … As a whole, the response to the Highwomen should be not to deify these four women and the album they’ve made, not to champion them as the sole fixers of a longstanding problem in country music, but to pay attention.”

In other words, let the music speak for itself instead of falling prey to the press using it for their own devices. Music is for everyone. And if you love country, you’ll likely love The Highwomen.