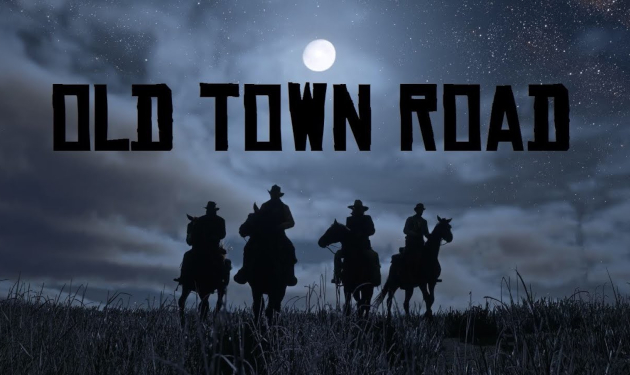 The debate about what is country music and what isn’t is an eternal one, and can turn nauseating and redundant very quickly in the way different factions fight back and forth about the definition and boundaries of the genre. That debate won’t be resolved here or anywhere else. But a 1:53-long viral “song” that is really nothing more than an internet meme entitled “Old Town Road” by rapper “Lil Nas X” has rekindled the debate anew, with critical implications behind it.

Lil Nas X, whose birth name is Montero Lamar Hill, is an Atlanta-based hip-hop artist who released “Old Town Road” in December. He’s not entirely new to the music scene. The trap artist and DJ released a 7-song EP in the summer of 2018 called Nasarati. But it’s “Old Town Road” that has put him on the national and international map, along with its accompanying video set randomly to scenes from the Wild West video game Red Dead Redemption 2 like your teenage son may do to one of his favorite songs.

“Old Town Road” is no more country than The Beastie Boys’ “High Plains Drifter.” Including Wild West signifiers or references to horses in no way qualifies a rap song with a trap beat as country. Furthermore, Lil Nas X is not professing to be a country artist. He’s not signed to a country label, and has no affiliation to the country industry whatsoever. Lil Nas X has no ties to the greater Nashville music campus in any capacity. There are no country artists guesting on the track like you had with Bebe Rexha’s collaboration with Florida Georgia Line’s “Meant To Be.” There appears to be absolutely no credible reason to include this song on a country chart aside from a bigoted stereotype bred from the fact that horses and cowboy hats are referenced in the lyrics.

Nonetheless, Lil Nas X and “Old Town Road” debuted at #19 on Billboard’s Hot Country Songs chart dated March 16th, and also was labeled country by iTunes and other music providers in their metrics. This set an incredibly bad, and possibly historically significant precedent that could result in existential ramifications in the country genre, and make complaints about Sam Hunt, or even Bebe Rexha getting placed on country charts for pop songs pale in comparison.

These concerns are underscored further by how “Old Town Road” has gone viral. Partly fueling the phenomenon behind an otherwise pedestrian hip-hop/trap song is Instagram and other social media users creating their own memes and using the song in the background. Yes, people are making memes of this meme. Sometimes these memes are just fun, but some appear to be demeaning or lampoon cowboy and rural culture. Celebrity culture has also played a critical role in the explosion of “Old Town Road,” with Brian Kelley of Florida Georgia Line giving the song an endorsement on his Instagram account, and Lil Nas X’s affiliation with the Nicki Minaj “Barbz” Stan army playing an important role.

The song is basically a 1:53 joke. But it’s pushing actual songs, country or otherwise, down the charts.

There is a silver lining to this story, however. In the latest chart update, Billboard appears to have switched Lil Nas X and “Old Town Road” to the Hot Rap Songs chart. The song does not appear at all on Billboard’s Hot Country Songs chart dated March 23rd, and instead appears on the Hot Rap Songs at #24 with a “New” tag slapped on it, meaning it’s a debut entry on the chart. iTunes has made a similar move with its chart in the last couple of days, switching the song to hip-hop after it had shown up as high as #2 in all of country music due to the mislabeling.

It’s good that the change has been made. However this situation raises a myriad of questions on how these charts are being administrated. How was “Old Town Road” labeled country by Billboard and iTunes in the first place?  Was it due to the Instagram endorsement by Brian Kelly of Florida Georgia Line? And even though the genre switch has been made now, why haven’t the charts been corrected from the previous week to reflect the outright mislabeling of a song? Why has Billboard not offered a correction to the error? And what safeguards are being put in place to make sure a similar mistake doesn’t happen in the future?

At the present, whenever anyone pulls up the Billboard Hot Country Songs chart from March 16th, they will see “Old Town Road” sitting at #19. Switching the song from Hot Country Songs to Hot Rap Songs proves Billboard acknowledges an error was made. If the song had charted in both genres and the claim had been made it was relevant to both charts, that would be one thing. But this was a clear error in judgement that subsequently resulted in other entities in the music industry making the same labeling error with “Old Town Road.”

The debate on what is country and what isn’t will continue. But what shouldn’t continue or remain uncorrected is major mistakes by the music institutions we trust when there’s clear, unequivocal, and universal agreement upon what genre a song should be labeled. Furthermore, Billboard’s stodgy approach to classifying songs that doesn’t take into account public sentiment—which among other things led to a pop star in Bebe Rexha now holding the record for the longest-charting song in country music history with a song that first appeared only on pop metrics—needs to be replaced by a regime that allows the will of a genre’s fans and experts to weight into these critical decisions. This glaring, and yet-to-be fully corrected mistake with Lil Nas X and “Old Town Road” underscores this need.