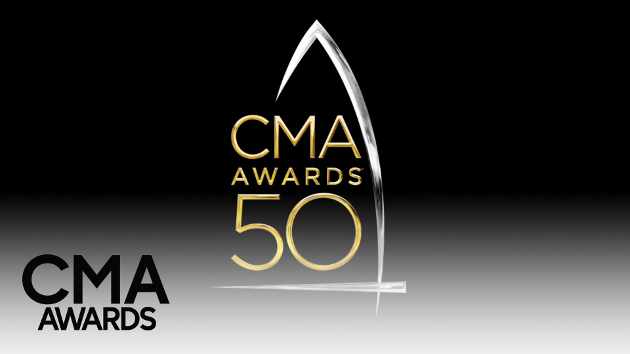 The nominees for the 50th Annual CMA Awards have been announced, and Chris Stapleton, Eric Church, and newcomer Maren Morris lead the field each with five nominations. Stapleton continues to be the big surprise, picking up a nomination for the evening’s biggest prize, Entertainer of the Year, and four other nominations despite not releasing a new record in the CMA eligibility cycle.

For those who love to root for underdogs, despite being considered in multiple categories, Sturgill Simpson and Margo Price did not make the final cut, though Sturgill has made it patently clear he wouldn’t attend even if he was nominated. However Joey + Rory did pick up a nomination for Vocal Duo of the Year, bolstered by the surprising sales of their recent release Hymns, and the interest in the duo in the aftermath of Joey Martin Feek’s passing.

Also of note, there are NO nominations for either Blake Shelton or Jason Aldean. This year’s field does symbolize a shift, however slowly, in country in a more positive direction.

Below is the complete list of nominees and knee jerk reactions. NOTE – These are not recommendations or SCM’s personal picks. They are predictions of winners.

This still remains Luke Bryan’s to lose, but a strong case can be made for Garth Brooks after he’s amassed incredible numbers during his comeback tour. Carrie Underwood also has to be given strong consideration, and there is a sense out there it could be “her year” to win this. Simply picking up a nomination is big for her, as it is for Chris Stapleton who can’t be ruled out. Since he’s basically won everything he’s been nominated for, who knows? He’s very well loved among the CMA voters, we know that for sure. Only Urban doesn’t have a chance in this otherwise strong field in 2016.

Tim McGraw’s “Humble & Kind” will win something, but Single is usually reserved for the commercial powerhouse, while Song goes to the critical favorite. With all the love streaming to Maren Morris, she has to be considered a favorite. Except for Thomas Rhett, this is an otherwise curiously strong field for this award, and signals that things are changing in the mainstream. Though Maren is decidedly pop, “My Church” is decidedly organic and refreshing, and would make a fine winner.

Let’s pray neither Dierks Bentley or Keith Urban win this after both turn in the worst records of their careers. Mr. Misunderstood could swoop in and win this, but there’s a lot of momentum behind both Carrie Underwood and Maren Morris this year too. Tough field to call. Really anyone could win, but Eric Church probably should.

This should (and likely) will go to “Humble & Kind.” If so, this is huge for the sole songwriter, Lori McKenna.

No disrespect to Miranda Lambert, but if she wins yet again this year, we know the fix is in. Really, Miranda fans should not even want her to win, so that accusation doesn’t follow all of her CMA and ACM wins around. Nothing against her, but she’s done so little for a while now, it’s just hard to justify her as the recipient. This will likely go to Carrie Underwood, but don’t completely rule Maren Morris out. She’s set up to have a Chris Stapleton-style night if everything rolls right.

Interesting to see Tim McGraw re-emerge in this category, and if anything was just in the world, he, Chris Stapleton, or Eric Church will win this. As said above, the new Dierks and Keith Urban efforts are awful, though they can’t be ruled out. Eric Church is more an Album guy, and may not be likeable enough to walk away with this. Stapleton will still be the voter’s favorite. But watch out for McGraw, who’s been mounting a slow and steady comeback since signing with Big Machine. Hard field to call on this one.

Horrible field. Hopefully nobody wins. Lady Antebellum has been on hiatus, and Rascal Flatts might as well have been. Big fear that Old Dominion sweeps into a weak field and walks away with this, but voters love Little Big Town.

Glad Joey + Rory got a nomination, but this is where the ride ends. This category continues to be a no brainer, unfortunately.

Interesting that Kelsea Ballerini made it back on this list—a casualty of Chris Stapleton’s massive 2015 CMA’s. But is her momentum still strong enough to best Maren Morris? Maren feels like the hot hand right now.

Cool to see a song from the Dave Cobb-produced Southern Family get a nomination, and Morgane Stapleton can now boast being officially nominated for a CMA. But this will go to someone else. Beyond that, hard to call.

Anyone but Dierks please. ANYONE but Dierks. Chris Stapleton had an excellent video for “Fire Away,” and it should win, but Cam’s video was strong too. The “Humble & Kind” video fell flat, but could still garner the sympathy vote, and “Record Year” was not bad. Usually this field is terrible, this year it’s quite strong, once again signaling positive changes in the mainstream.

Mac McAnally won this seven straight years, and now he’s not even nominated. Anyone should win except Dan Huff. But he will based not off of his playing, but his production work.