CMA 2011 Preview: We Were Wrong About Taylor Swift 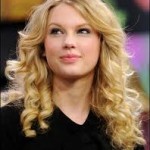 I sit down to peck at my keyboard once again, fully knowing what I am about to say will be unpopular, if not downright blasphemous to many folks. But I’m not running a popularity contest here, and unlike many independent country “entities”, I don’t need to build a consensus or flatter people to propagate my brand. All I’m trying to do is keep myself sane in a mad world by asserting my honest, unfettered opinions, and hopefully I turn some folks on to some good music in the process, but it’s not always about that. Music is just the metaphor. In truth, Saving Country Music is about people.

You will find no harsher critic of Taylor Swift over the years than right here, me, The Triggerman. As a glittering teenage pop star with a mild voice, nobody has been more responsible for the homogenization of America’s most traditional music genre than Taylor Swift.  But tonight, when the biggest night in country music goes down, there will be no other performer, no other award nominee or winner, who deserves more recognition, or is as honest or sincere, as Taylor Swift.

As simply as I can put it, however we got here, however you want to quantify it, Taylor Swift is the best thing going on right now in mainstream country music, and it isn’t even fucking close. The fakery, the debaucherous over-calculated market-driven focus on financial gain is so rabid right now, it is a wonder how it stays so obtuse in the mainstream public consciousness. It is so bad, so sinister, that I can’t help but put all allegiances to genre and even taste aside, to trumpet the very last glimmer of hope that honesty can at least be given a fair shake in the mainstream world.

We were wrong about Taylor Swift. I was wrong about Taylor Swift. We were blinded by our prejudices. When Taylor Swift first came on to the scene, she sang cheesy teenage pop songs, and we chastised her for it, when in truth, she was doing what all the great songwriters from Hank Williams to Guy Clark to Townes Van Zandt did over the years: write what they knew about, what inspired them. She was a skinny, blond-haired little girl from an upper-middle-class Pennsylvania family. What else is she going to write about? And do we blame her personally for Music Row taking her music and elevating it to way beyond its intrinsic value? But when Taylor’s latest album Speak Now came out, she showed a dramatic elevation of maturity. She wrote every song on that album. By herself. Inspired by her own personal experiences of heartbreak, and of having the whole world turn against her for not being able to sing.

I’m a fighter, not a lover. And when Taylor Swift came on the scene, my inclination was to fight against her influence and popularity. But I always fight with respect, especially when respect is deserved. In the beginning, in my opinion, Taylor Swift did not deserve much respect. When she blew her performance with Stevie Nicks on The Grammy’s in 2009 and the world turned against her (Read my take on her Grammy performance), this was the first time I found true respect for Taylor. But not as an artist, as a human, because the next almost inevitable event that was going to happen to Taylor Swift was her absolute demise, as the same public that had propped her up on an unrealistic and undeserved pedestal was poised to tear her down, like they do so often with falling stars. It’s a classic narrative: pop star hits it big, pop star reveals they’re human, pop star is humiliated, and spit out of the asshole of the corporate culture machine to be the punch line of jokes until their swallowed by obscurity as quickly as they rose.

How often does that narrative play out when a big star makes a big mistake? 90% of the time? 95%? But I’ll be damned. Taylor Swift, Taylor fucking Swift, took society’s best shot, fell as hard as anyone, had the world turning against her, and somehow, within moments of being counted out, she picked herself up off the mat, brushed the hair out of her face, straightened her back, and of all things, wrote a song about the experience in the form of “Mean”, that is now up for Song of the Year. That doesn’t just illustrate good songcraft, that shows pluck. That shows guts. And goddamnit, as a fighter, you have to look at someone who takes the best shot the world can deliver to the ego, and then is fearless enough to return fire, and have nothing but respect.

Now I’ll be honest, I hate the song “Mean”. It might be the worst song on the Speak Now album. It’s jealous and bitter. In the song she tries to make fun of her accusers by saying someday she’ll be “living in a big ol’ city,” implying that she is something, and they, or we, are nothing. Taylor Swift does not deserve any more recognition than the rest of us for finding success in a corrupt business, or for winning trophies through a rigged system, or for writing a song that was an antithesis to the maturing trend present in her Speak Now songwriting. What she does deserve recognition for is inspiring scores of people through a song that shows how to take a negative experience and make something positive out of it.

Is “Mean” About Me? Or about Osama bin Laden?

And I don’t want to hear anybody say, “Well all that’s great, but you know what, her music still sucks and the music I like is great, so all the rest can go fuck themselves.”

No! No no no! This affects us all! This is important to all of us. Try saying that when you have a daughter, or a sister, or a niece, and you try to turn on the boob tube or the radio and find positive role models for them in adult culture. It is difficult to impossible. Our society is structured to turn our daughters into whores to keep an over-consumptive economic system in place. Bad culture creates bad people; the asshole on the help desk, or working at the restaurant.

I know there’s better role models for young girls out there than Taylor Swift, but see if you can get young girls to care about them, or how about those young girls who don’t have anyone looking to put positive role models in front of them? Think of all the vermin out there propagated by the Disney World of dysfunction.

And I can’t defend Taylor’s Cover Girl endorsement deals, or her $100+ concert tickets, or even many elements of her music. But goddammit, we’re losing here, on all fronts. Everywhere you look, the American ideal is crumbling around us. So why not be inspired by a little girl’s dream that became a reality in Taylor Swift? Why not celebrate honest, true songwriting? Why not celebrate young women who actually fucking respect themselves for a change?

And Taylor Swift is still not country, but I’m not sure I want to blame her for that any more. She was told she was country when she still thought Romeo and Juliet was a good subject to write a song about, and trusted the adults caretaking her career. Blame the country music anti-Christ Scott Borchetta for that.

And maybe she’s not country because she transcends genre. I’m not kidding. There’s songs on Speak Now that clock in at 6 and 7 minutes. As much as some want to scream at her for being a pop star, there was not one #1 song on Speak Now; it was too good, too in-depth in the songwriting for pop radio.

I might be putting myself on an island here, but I don’t care. There’s no more country music to save. Don’t you remember? Back in 2009 when Taylor won it all and we declared country music dead? Now I’m praying for a Taylor Swift sweep. I’ve got the pleated skirt on and the pom pom’s waving. Go Taylor go! Because Taylor Swift, Taylor fucking Swift, is the last hope that a shred of reality can remain in popular music, and more importantly, Taylor Swift is good people, and deserves it.