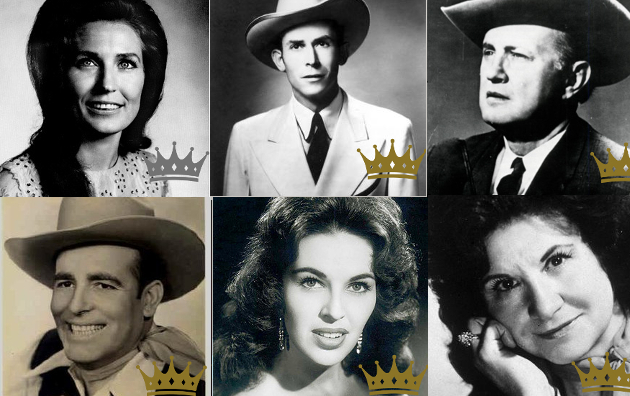 If you’re into country music and the history of it, you’re probably used to hearing about the “King” of this, or the “Father” of that. Since the history of country music is so important to keeping the lineage of the music alive, country pays special homage to the people who helped form or popularize the genre.

Because some of the royal monikers are hard to keep in line, here is a run down of artists who can officially claim to be the King, Queen, Father, Mother, or something else that would make them part of country music’s royal family, taking into consideration that their royal nickname is universally recognized by the country music public, and widely used. Also note that there can be multiple “Kings” and “Queens” due to artists in different eras, or simply because two artists share the same publicly-accepted nickname.

PLEASE NOTE: This is not a judgement call for any artist included here, or against any artist that isn’t. Saving Country Music is not declaring who is the King or Queen of anything. This is simply a collection of artists that are recognized and documented as having these terms included in their nicknames. So please don’t go whining just because you see and unknown artist like Unknown Hinson here, but Merle Haggard’s left out despite his significantly more important contributions to country. This is not a Hall of Fame game. It’s simply a run down of nicknames.

Also, if you feel someone is missing, feel more than free to include them below in the comments section, but nobody has been “forgotten” just because they are not on here, nor is this list entirely illegitimate because someone is or isn’t on it. This is not a “Where’s Waldo” exercise for country music nerds, it is a reference for folks who want to dive deeper into the history and some of the personalities of country music.

P.S. – No clue why Loretta Lynn’s and Jimmy Martin’s crowns are silver instead of gold. That’s just the way Photoshop decided to color them, and refused to budge. So there’s that. 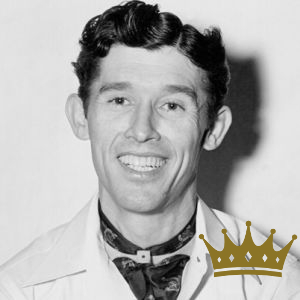 Though some overlook Roy as a certified “King” of country, he was one of the very first stars to make country music a commercially-viable genre, and also was seminal in helping put the Grand Ole Opry on the map. Roy Acuff helped set the table for country music’s future superstars, including Hank Williams. More specifically, Roy Acuff declared himself “The King of Country Music” on the cover of a 1962 LP of the same name, and was known as such afterwards. 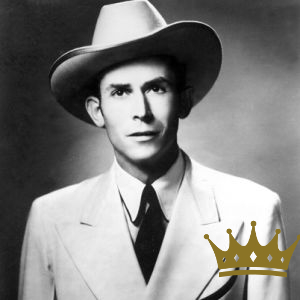 Country music’s first superstar, and still its most iconic and revered character, Hank also has another claim on being the “King” since his middle name is “King,” and his given name was “Hiram” after the Biblical Phoenician king. Also known as The Hillbilly Shakespeare. 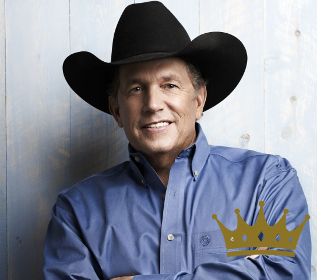 A country music “King” for the current generation, with Strait’s sales numbers and longevity, it’s hard to argue when someone puts “King” in front of his name to do more than just draw a parallel between a former British monarch. 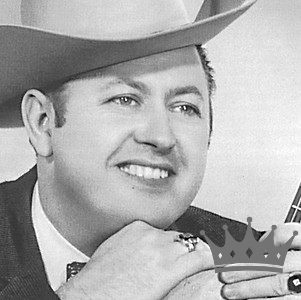 Jimmy Martin – The King of Bluegrass

Though some consider Bill Monroe the rightful owner of this moniker, Jimmy Martin was the one that claimed it and made it his own. It helped fuel a sometimes respectful, and sometimes bitter rivalry between the two bluegrass gods. Jimmy Martin began in Bill Monroe’s Bluegrass Boys band, and it’s been long believed that Monroe was the one that kept Jimmy from ever officially becoming a member of the Grand Ole Opry, despite Martin playing there countless times. 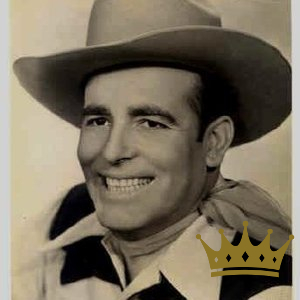 “It don’t matter who’s in Austin, Bob Wills’ is still the King.” –Waylon Jennings. Bob Wills was to Western Swing what Hank Williams was to country blues. Without Bob Wills, the subgenre very well may have never taken off like it did. 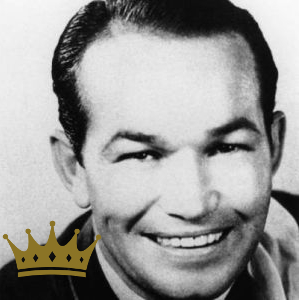 Star of the country stage and the silver screen, some consider Spade the “King” even over Bob Wills. He certainly has some claim to country music’s royal court, but his wife may disagree. 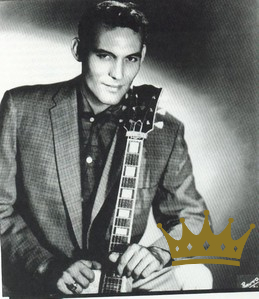 Carl Perkins – The King of Rockabilly

Hard to argue when you are one of the original artists of Sun Studios, and the writer of “Blue Suede Shoes.” In the era of Carl Perkins, there was a very fine line between country, rockabilly, and rock and roll, and Carl Perkins contributed to them all. 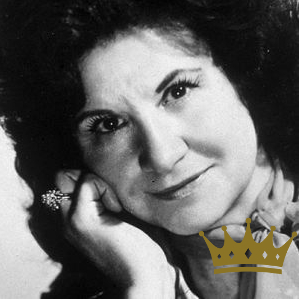 There is country music before Kitty Wells, and country music after Kitty Wells. Though many other pioneers helped pave the way, Kitty Wells was the one who officially broke down the gender barrier for country music performers when her answer song “It Wasn’t God Who Made Honky Tonk Angels” took off, allowing a flood of new female talent to enter the genre and sing songs for the other half of country fans. 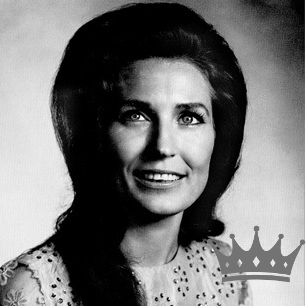 Also known as the “First Lady of Country Music” and the “Coal Miner’s Daughter,” it’s hard to argue when people put Loretta Lynn at the top of the pyramid of country music royalty. 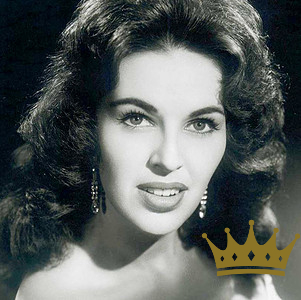 Wanda Jackson – The Queen of Rockabilly

Also known as the “Queen of Rock,” her influence in rockabilly is unmatched by female performers, and also hage a huge impact on country music in its nascent era and beyond. 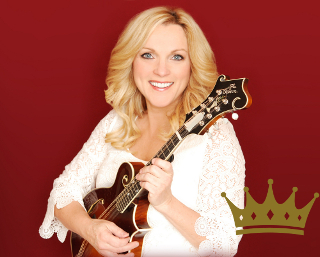 Rhonda Vincent – The Queen of Bluegrass

Rhonda Vincent is a bluegrass superstar these days, and she’s been living up to the “Queen” distinction that emboldened across her tour bus for many years. 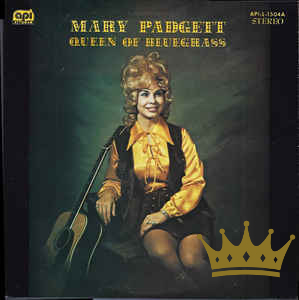 Mary Padgett – The Queen of Bluegrass?

Perhaps the most arguable member of country music’s royal family, she did declare herself such on her 1974 album. 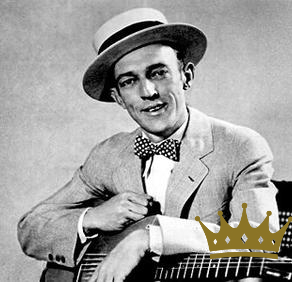 The Singing Brakeman was one of the very first to bring the yodel, the blues, and folk music together in a way that would stir the soul like none other before. When he sat down with Ralph Peer to record his songs along with others like The Carter Family, country music was born. 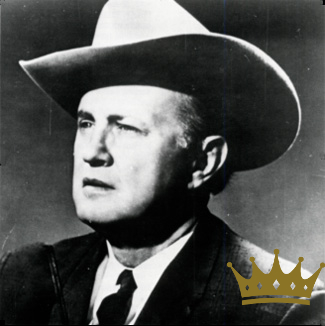 Bill Monroe – The Father of Bluegrass

Where would bluegrass, string music, old time, and country be without Bill Monroe? Though he only holds this one place in country music’s royal court, he arguably is its most influential, right behind Hank Williams.

Honorable Mention: Some consider A.P. Carter of The Carter Family as “Father” of Country Music. 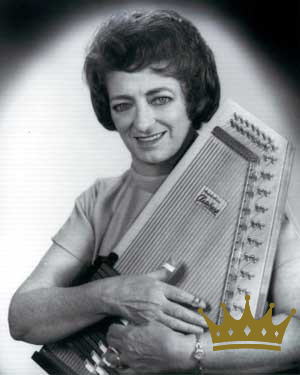 Referred to as “Mother” Maybelle throughout her performing career which began in 1927, and with The Carter Family well-recognized as the “First Family” of country music, the “Mother” distinction has always fallen unequivocally to Maybelle Carter. 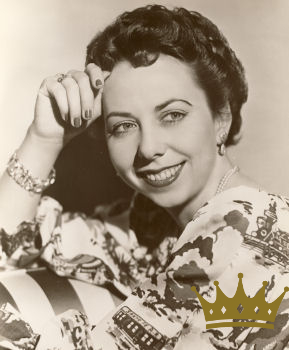 Though Rose Maddox has informally been given all kinds of titles due to her incredibly influential years in the Maddox Brothers and Rose—a band that helped form not just country, but rockabilly and rock and roll—none of them has ever officially stuck. No doubt though, Rose Maddox is a mother of something, if not many things, in the formation of American music. 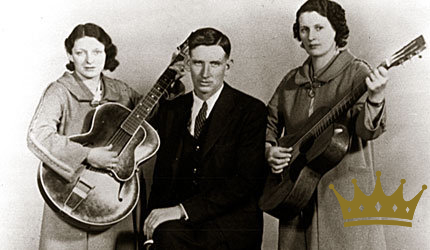 Formed in 1927 by “Mother” Maybelle Carter and her brother-in-law A.P. Carter, The Carter Family performed during Ralph Peer’s original Bristol Sessions, and is widely-recognized as the “First Family” of country music. 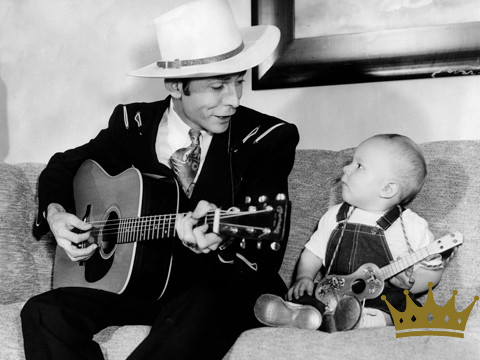 With so many successful performers and the bloodline still going strong, it’s hard to not mention the Williams Clan when talking about royal families. 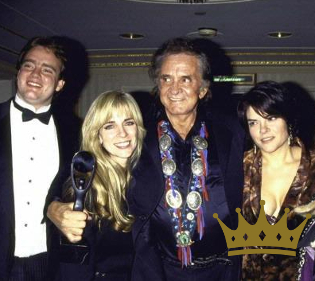 Johnny Cash, John Carter Cash, Rosanne Cash, though some consider the Cash clan an extension of The Carter Family. 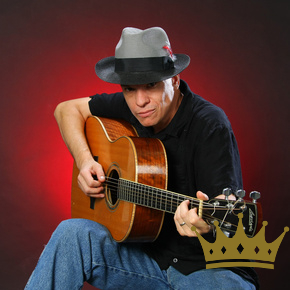 Wayne “The Train” Hancock – The King of Juke Joint Swing

A “King” for a new generation, when neotraditional country, rockabilly, and swing were hitting a resurgence in the 90’s, Wayne “The Train” Hancock is who everyone was looking up to. His unique blend of American music continues to inspire and influence new artists today. 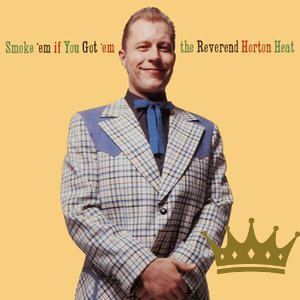 The Reverend Horton Heat (Jim Heath) – The Godfather of Psychobilly

Jim Heath was one of the first to marry country and rockabilly with a punk rock attitude, and it set audiences on fire coast to coast. Still today his influence is heavy among underground country, rockabilly, and psycobilly artists. 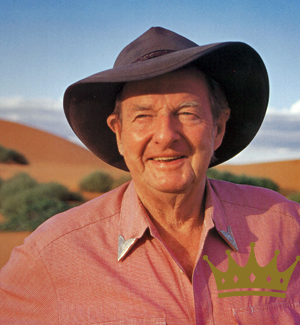 Yes, Australia has country music, and it has a “King.” Both are worth checking out. 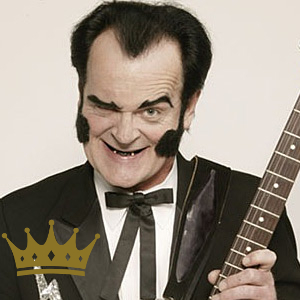 Self-appointed and semi-sarcastic, if nothing else, Unknown Hinson is country music’s royal court jester, along with being the voice of the main character of the Squidbillies and an incredible guitar player. 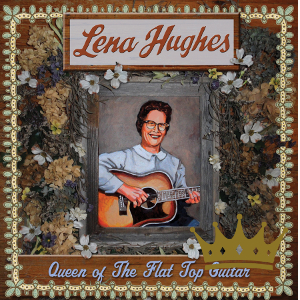 Though Lena Hughes was not very popular in her time and only released one self-titled 78 RPM, she is considered incredibly influential in the realm of Ozark folk music. Her album was re-released in the 90’s as “Queen of the Flat Top Guitar,” and ever since the nickname has stuck.

**Who is the Queen of Western Swing? Patsy Montana?