Trigger Down with Pop Country 142 Comments 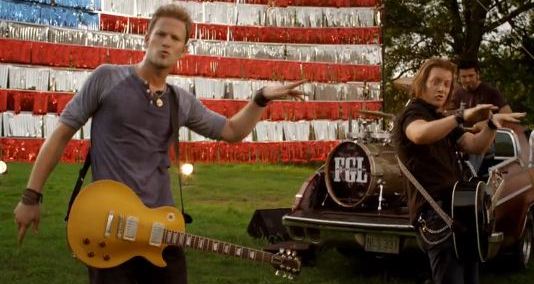 The Country Music Anti-Christ Scott Borchetta has decided to unleash a new wave of pestilence on the human eardrum, this time in the form of the glorified boy band Florida Georgia Line.

Originating from the Republic Nashville imprint of Big Machine Records, the duo consisting of Tyler Hubbard and Brian Kelley met while attending the Mike Curb College of Music at Nashville’s private and exclusive Belmont University. I know, right? Doesn’t get more country than that! Apparently they were both enrolled in the “How To Be A Upper Middle Class Douchebag But Pretend To Be A Country Boy And Filch Rednecks Out Of Their Hard Earned Money, 101” class. They made eyes across the classroom, and afterwards discussed their mutual desire for world music domination over $175 haircuts, manscaping, and colonics. Next thing you know, Florida Georgia Line is born.

Punctuating how pathetic “Cruise” is, is the fact that these two dudes apparently don’t know how to use punctuation. The first line of the song goes, “Baby you a song,” instead of, “Baby you’re a song.” But what else can you expect when the title of their EP is It’z Just What We Do. Yes, it’s one of those albums, blurring the lines between Ebonics and idiocracy, produced by Joey Moi of Nickelback fame. I swear, sometimes these rants just write themselves. 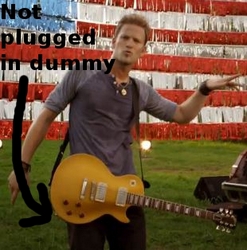 Somebody should tell the Doogie Houser-looking Brian Kelley that if you want to play electric guitar, you actually have to PLUG IT IN. Actually strike that, we don’t want to hear this hack-ass Ken doll-looking douche nozzle struggling to finger the most basic chords. His best chance of locating a G-string is if it was riding up his bandmate Tyler Hubbard’s ass. Looks like Tyler Hubbard likes to rock the dog tags, but just because he wears dog tags and plays with his privates doesn’t mean he has any army cred.

Sorry for being rude Tyler and Brian, it’z just what I do.

“Cruise” is about cheap girls and expensive trucks, set to a straightforward rock song with the ever-present pop country dead giveaway: the token banjo. Tyler and Brian think they’re picking up all these chicks because of their pimped-out ride, but the truth is most of these sweet little fraulines haven’t said no to a man since puberty. And unfortunately that “lift kit” on their Chevy won’t raise their IQ’s out of the sub-par percentiles or increase the potential of their laughable, dwarfish manhoods brought on by more metabolics than Manny Ramirez gulped down during the steroid era. It also won’t make me overlook that Florida Georgia Line’s vocals have all the tell-tale earmarks of Auto-tune embellishment. 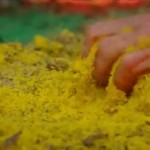 And what is this yellow shit they’re tossing around towards the end of the video? It’s never a good idea to wallow in anything yellow and powdery. Piles of raw pollen? Sulfur? Powdered eggs? Powdered AIDS? Hell screw it, let them play around in it and let’s hope it brings a demise to this awful, puss-filled abscess of American corporate culture.

This is the #2 song in country music for the 2nd straight week folks. We’ve got a lot of work to do.