Free Music Now Seen as an Inalienable Right by Consumers 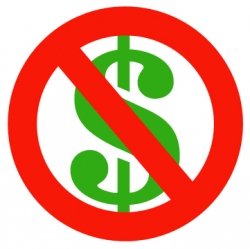 For a while, it looked like the 2015 Super Bowl Halftime Show might be the first in modern history to showcase a country music artist. Rumors had Carrie Underwood in the running to appear on what has become the most-watched musical performance of the entire year. A country music artist filling that slot only makes sense in the current music climate where country music is ruling the roost over all of the other genres, but in the end it wasn’t meant to be. Whether Carrie was ever considered, the three finalists for the coveted spot were announced as Katy Perry, Rihanna, and Coldplay, with the final choice to be announced soon.

But there was an addendum to the news of the three finalists that has sent some sectors of the entertainment world into a tizzy. Apparently the NFL is not willing to pay the eventual halftime performer for their services. In fact, the NFL expects the performer to pay them.

Though there is no question the exposure to television’s largest audience of the entire year carries with it a monetary value, the idea of an entertainer paying an entity to perform is a dramatic, and dangerous flipping of the paradigm that could have implications much farther beyond a 20-minute halftime show. It seems fitting that this paradigm shift would be presented with the backdrop of the NFL, whose coffers are the most flush of all professional American sports, while their greed appears to have no limit. Football players also don’t receive guaranteed contracts like many professional athletes, and can be cut at any time. It’s also the sport that sees the greatest physical toll endured by its players. In other words, the NFL is already drilled in maximizing profits, and minimizing the payout to their talent pool.

This system of not giving an equitable amount to the football industry’s most valuable asset—it’s players—is established in college. Public institutions, who are many times partially funded by tax dollars, profit in the millions, sometimes billions off of college football programs, while players receive no compensation aside from free tuition. It is expected of college football players and other athletes to play for free, despite the millions of dollars they bring in for the institutions.

And so it is slowly becoming for musicians.

Of course whomever plays the halftime show will receive tremendous exposure, but so will the NFL when non-football consumers tune in to see the halftime performance. So why is it imperative on the musicians to play the subordinate role and pay the NFL?

The underlying problem is that free music is quickly becoming seen as an inalienable right for all Americans, and all of the world’s consumers, if we haven’t reached that dangerous plateau already. And the even more dangerous step of expecting musicians to pay to have their music heard is becoming more of a reality every day—evidenced by this Super Bowl Halftime news.

As an example on the consumer side, on June 18th, T-Mobile announced that the company’s Simple Choice customers would now be able to stream unlimited music from Pandora, Rhapsody, iHeartRadio, iTunes Radio, Slacker, Spotify, and other services without it counting against their data service. “As a committed music freak, I’m personally outraged at the way the other guys are using the music you love to lure you into over-priced plans with sweet ‘promotional offers’ that quickly roll into higher prices or trigger those absurd overage charges,” said T-Mobile CEO and President John Legere. “Music should be free of all that. Music should have no limits. So, beginning right now, you can stream all you want at T-Mobile from all of the top music services data charges do not apply.”

But of course the problem is, music does have limits. At some point, somebody has to pay for it. Somehow, the capital spent to record, produce, and distribute music, and the artists, songwriters, and musicians who made the music, have to be compensated, and at a living wage. Music just can’t be free, but that is exactly what not just T-Mobile, but all wireless providers have in mind. And if the consumer won’t pay for it, then the artists eventually will.

The problem with offering free music is both financial, and psychological. Like the T-Mobile CEO said above, if after six months of free music a streaming service or wireless provider begins to charge you, then it is perceived in the mind of the consumer that an injustice has somehow been done. However the true injustice was actually getting the music free in the first place. In the mind of consumers, it is now intuitive to them that music should be free. And as illustrated by the comments of  T-Mobile’s CEO, consumers feel they shouldn’t even have to pay for the data that music streaming racks up. “Music should be free of all that,” John Legere says, saying that he’s “personally outraged” that companies expect for consumers to pay for music. “Music should have no limits.” In other words, every single other data source that exists for smartphones, you should be charged for, and consumers are perfectly fine and understanding of that. Surfing the web, watching videos, downloading pictures—this all makes sense to be charged for. But music? Music should be free, completely free, meaning no charge for the data, and no charge for the music, for all people, and forever. And if not, then it is the consumer who is getting screwed.

Granted, people who use T-Mobile’s current unlimited music streaming plans still may have to pay Spotify, Pandora, or whomever they have a subscription with (unless they’re on a free, ad-based plan), but all of that could change with bundling. Wireless providers are getting into the music streaming game so they can offer the service directly on smartphone devices without consumers ever spending a dime on streaming itself. Consumers pay a flat monthly charge that includes everything the smartphone is capable of bundled together, including music streaming, and they never even see an itemized charge for streaming music on their bill.

The promotional deal for wireless plans is the portal to making music streaming absolutely free in the near future. With rabid competition and more companies getting into the streaming business by the day, companies are offering enticements to consumers like never before. What is the enticements the companies are offering to the artists? Exposure to their subscribers who number in the millions. Opt out of being included on their networks because you’re not happy with the payouts, and nobody will have access to your music.

Could we see a reality in the future where artists actually pay to have consumers listen to their music, instead of getting paid? In many cases, including with the Super Bowl Halftime Show, this is already the case. The anemic earnings many artists accrue from streamers like Spotify in no way realistically recoups the costs for producing the music. And as physical music formats continue to fall in market share compared to streaming, paying to have your music heard will become an even bigger reality for a wider swath of artists.

Deepening the problem is the formula companies like Spotify use to figure their payouts. The reason payouts for some artists are so low is because the formula Spotify uses will only become financially lucrative for artists if the company has a massive subscriber base. So as more companies get into the streaming business and their numbers are splayed across a wide variety of services, it results in the parsing of the music dollar even more. Even when the profits from Pandora, Spotify, and others are combined together, it in no way creates a living wage for many artists, even for artists with wide, established consumer appeal.

But back to the Super Bowl Halftime Show, and how this could be a significant game changer. The Super Bowl quandary presents two even more dangerous scenarios for the monetization of music moving forward.

The first is that the Super Bowl Halftime deals with the live context, which for many musicians big and small, is the last bastion for being able to make money from their craft. For larger artists, including ones that may some day find themselves eligible to play The Super Bowl, touring is the only true way to make money off of their music. Albums are simply part of the overall merch pool to help pay overhead. As sales and prices for physical and downloaded music plummet, concert ticket prices have held steady, and are on the increase for some artists. Consumers are incorrigibly stingy when it comes to paying for recorded music, willfully circumventing copyright law, or choosing the free option for streaming service before even paying a meager $5 to $10 a month for unlimited music, but they will regularly take to the secondary market and shell out three to four times the face value of concert tickets to see their favorite artists live. If venues, entities like the NFL, content providers, or God forbid, consumers, feel like there is no commercial value in a live performance either, like they currently do for recorded music, or if they begin to think the “exposure” is enough, this could further eat into the overall revenue stream keeping the music industry, and many artists afloat.

The second problem with the Super Bowl Halftime issue is it is starting at the very top levels of music talent, not vice versa as it was though the pay-to-play paradigm would first take hold. By insisting that exposure is payment enough to the very top of industry talent, it could set a trickle-down precedent that could affect the entire industry. Pay-to-play is nothing new in music for smaller artists, though it is still rare. Big music gatherings such as South By Southwest which transpires in Austin, TX every March ask for payments from artists to be considered to play an official showcase, and even if you’re not chosen, the money is non-refundable. Then if the artist does play, they are not compensated for the performance, with the idea the potential exposure to journalists and industry representatives is payment enough. Other entities practice similar tactics to entice free, or paying talent to their events.

And since so few people are paying for recorded music, the money the performer must pay for their equipment, musicians, overhead, travel, etc., and to the NFL, it may not be a worthy investment if the halftime performance simply simulates consumers to go to Spotify or Pandora to stream the artist’s songs at meager penny payouts per play.

Simple exposure is not an equitable form of payment, and asserting so puts music on a slippery slope. That is one of the reasons why performers and guests on late night talk shows get paid scale. Of course the exposure the artist gets is an important boost for them, but the exchange of money (roughly $540.00 for an American talk show) ensures that artists are not being taken advantage of.

The Super Bowl performance issue is mostly symbolic. What is very real is the perception by the American public that all music should be free, and the growing perception by many institutions who believe exposure is payment enough. It is also one of the reasons consumers are seeing diminished returns from the music industry. With less revenue, the industry does not have the wiggle room to take risks and experiment, and to develop upcoming talent. Instead they make the safe bet, switch out producers and DJ’s for true artists, and favor computerized music over costly side musicians.

Music is no different than any other sector of the economy. You get out of it what you give to it. The underlying problem is not Spotify, Pandora, or even the Super Bowl Halftime Show. It is the perception that music is a commodity not worth paying for, and the cost of that perception shows in the quality of the music consumers are served with today.