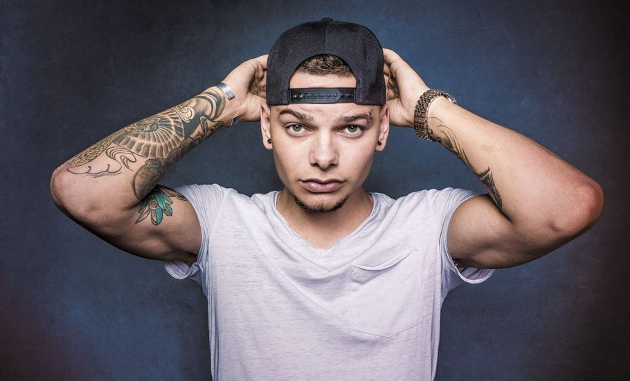 Here at Saving Country Music, we are committed to equal time and opportunity for all perspectives and opinions on country music. Recently we published an article reporting on how Kane Brown has posted a derogatory meme on Twitter after not being nominated for even a single CMA Awards yet again, and eventually deleted his Twitter account altogether in anger. Kane Brown has since reinstated the Twitter account, which is now being run by his management as opposed to himself to avoid anymore combative moments or embarrassing situations.

Hey Trigger, your site SUCKS. STOP INSULTING KANE BROWN AND MAREN
MORRIS. HAVE YOU EVER HEARDD A NEW COUNTRY SONG? GENRES EVOLVE. IT IS
NOT MY FAULT THAT YOU ARE A 75 YEAR OLD FART WHO LIVES IN HIS DEAD
MOMMY’S BASEMENT AND PINES FOR THE “GOOD OLD DAYS” OF HANK WILLIAMS
AND JOHNNY CASH. NEWSFLASH, ASSHOLE, BOTH OF THEM SUCK. BUT NOT AS
MUCH AS YOUR SITE SUCKS. I’M A GOOD 50 YEARS YOUNGER THAN YOU AND I
CAN DRINK A CAN OF ALPHABET SOUP AND SHIT OUT BETTER POSTS THAN YOU
COULD EVER DREAM OF WRITING. SEERIOUSLY, IS THIS A JOKE WEBSITE OR
WHAT? BECAUSE YOUR POSTS ARE FUCKING FUNNY. I COME HERE EVERY DAY TO
LAUGH AT YOUR PATHETIC WEBSITE. KANE BROWN AND MAREN MORRIS WILL NEVER
BE TAKEN DOWN BY SOME STUPID “BLOGGER” WHO THINKS HIS OPINONS ARE
GOSPEL AND HE”S THE SECOND COMING OF JESUS-, SORRY, ROY MOTHERFUCKING
ACUFF. IF YOU THINK YOURE BETTER THAN KANE BROWN, LET’S HEAR YOUR
“REAL COUNTRY MUSIC”, GENIUS. THIS ENTIRE WEBSITE IS A SHILL OPERATION
TO PROMOTE YOUR OWN “BAND” MIKE’S MOONPIES. HEY MIKE, YOU’LL NEVER BE
THE NEXT FLORIDA GEORGIA LINE. JUST PULL THE TRIGGER ALREADY, AND BY
PULL THE TRIGGER I MEAN JERK OFF. WHAT YOU SHOU

(no explanations why email was cut off)

We appreciate your feedback. Here at Saving Country Music, we value everyone’s experience, and sincerely apologize. For your inconvenience, we would like to offer you a full refund on the Kane Brown article, two VIP tickets to one of the upcoming dates for our fall concert series, “Country By The Creek,” and 30% off your next purchase in our newly-redesigned “Rootin’ Tootin’ Saving Country Music Online Merch Store” with fine products all made in the USA. ONCE AGAIN WEE ARE VERY SORRY AND UNDERSTAAND YOUR FRUSTRATION, AND HOPE THA