The release of Hellbound Glory‘s newest album Damaged Goods on November 15th symbolizes a big opportunity for independent country to put its best foot forward in the form of one of the most cunning and engaging songwriters country music boasts at any level.

Leroy Virgil is not a post-punk recovering metal head with neck tattoos. He’s not a period piece with an anachronistic approach. He’s not aping Waylon. He’s just a simple and honest guy with great songs who even before the release of this album, is already making noise with people outside of the predictable underground country music scenes with the sheer power of the words to his songs. And now he has a project not saddled with such a volume of salacious language, but without sacrificing the authenticity and edge that made Hellbound Glory engaging in the first place.

I talked to Leroy just before a show at The Dirty Dog Saloon in Austin, TX on Oct 21st about Damaged Goods, and the impact the different approach to the music might have.

Triggerman: You have a new album coming out in a couple of weeks called Damaged Goods. Why don’t you tell folks a little bit about it. 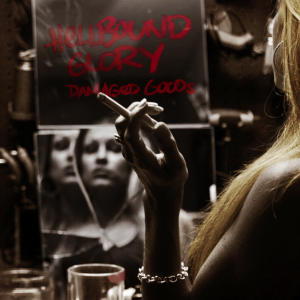 Leroy: Well I think it’s our best work yet. I think it’s a little bit deeper than the other records, a little bit more hardcore, but a bit more understated. Obviously it’s not so much about drugs, but the people that do drugs, the people that are in this scummy lifestyle that we live, why they live that way, and what’s going to happen if they continue living that way.

Triggerman: Chico the drummer is no longer in the band. Some of the tracks have minimalist drums, and some have full drums. What became the drumming approach when Chico left? Or did it kind of work in your advantage to change the sound up, addition by subtraction so to speak?

Leroy: Hated to see Chico go. We were able to turn things down a little bit. I wanted to make something a little bit less in-your-face. Love Chico but he was just sick of the road. Some of the songs on the album I wanted to sound more like they do live, something more quiet, more lyric-driven and instrument-driven. On the other albums Chico’s just an animal. He’s a great drummer, but he’s a loud, powerful drummer.

Triggerman: So what came first, was it Chico leaving or a new approach? Because I know for a while you were talking about doing a project called “The Excavators.”

Leroy: Basically The Excavators became Hellbound Glory. The Excavators was something I was doing on the side back in Reno just to stay working. I just wanted to be able to hire fewer musicians and still be able to work. When Chico left the band, I knew it was going to be hard to replace him with anyone else, so I set up a completely different live show. The live show is basically Hellbound Glory, but it’s also The Excavators, and my new band “The Damaged Good Ole Boys” all in one.

Triggerman: In this new album there’s not the excessive drug references, but I remember you saying about Old Highs & New Lows, that you had taken all of your songs that had drug references and compiled them in that way, and I think maybe that was misleading to some people.

Leroy: Absolutely. That album, some people might think we’re a one trick pony. This album, there are songs about drugs, but it’s just more a picture of Reno nightlife.

Triggerman: People may get the wrong impression though if the first two things they take from the new album is that Chico is gone, so there’s not the pounding drums, and also there’s not as many drug references. Some people might think there’s no energy, or that “they’ve changed” or whatever. But when you listen to Damaged Goods, there’s still a lot of energy and bite to it. How did you keep that energy while losing a great drummer, while taking tricks out of your bag so to speak?

Leroy: We just bring it no matter what. We’re all energetic people, we all live these songs. I just think the album is more soulful more than anything. So hopefully people get a better chance to listen to the lyrics.

Leroy: I don’t have an option to settle down, this is all I know to do, is to play music. And it’s fucking hard obviously, the home life is difficult being away from my kid so much. But I think having a kid has just made me more hardcore.

Listen to “You Better Hope You Die Young” from Damaged Goods

Triggerman: I’ve heard some other songs live that are not on this album. Do you have more material coming up?

Leroy: Yes. In fact I’ve got a new song I’m going to play tonight called “Small Town Shit Going Down.” This next album is going to be about small town life, that isn’t on TV, that isn’t being covered by fucking Jason Aldean or Toby Keith. Because when I travel around this country, and we’ve been traveling through the country the last 6 months, playing shit towns and shit honky tonks where they have to play rap music between our sets. And we go out and party with these people, and their life isn’t being portrayed on CMT. I want to do something that’s a little more real deal, gritty, down home.

Triggerman: What is your hope with this album? When it comes to Hellbound Glory, there seems to be a consensus amongst critics that it’s great stuff. But as you go from town to town, there could probably be more people there. Hellbound Glory is a critic’s favorite, but that doesn’t always translate to people at shows, or money for your kid.

Leroy: Well I’m just going to keep slogging away at it the only way I know how: work hard. This is the hardest way to make easy money. I love what I do. I don’t get paid to play music, I get paid to drive around with stinky bastards in a pickup truck.

Triggerman: Anything else you want to tell people about the album?