About two months ago, Saving Country Music introduced you to a would-be pop country star named Michael Jackson Montgomery in the aftermath of drama between Billy Ray Cyrus and his daughter Miley. As we explained then:

…a PROMINENT, WELL KNOWN NASHVILLE LABEL was about to launch another daddy/daughter duo cut in the same mold as Billy Ray and Miley. The idea was to have the dad be big in country, the daughter big in pop, and plan TV shows/movies/merchandise lines around this premise. As the idea was presented to me, it was to be, “a vast, multi-level, multi-platform, cross market super franchise with the hopes of putting the label on solid ground after years of falling music sales.”

Saving Country Music was able to obtain a demo for a song called “My Baby’s Gonna Dance” by Montgomery from a mole deep at this MAJOR NASHVILLE LABEL. Shortly after releasing the demo, Michael Jackson Montgomery contacted SCM directly, offering to release more demo’s “when appropriate,” and yesterday he sent us another one called “The Letter ‘B'”. As my mole at this MAJOR NASHVILLE LABEL explains about this most-recently leaked demo:

It is a song written in the often-used Nashville “laundry list” formula. “Laundry list” songs involve cramming as many references to stereotypical “country” things as possible into them to validate the performing artist with country credibility, and to appeal to suburban demographics who like to live vicariously through allusions to country life in their music. 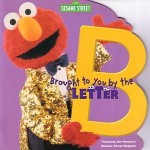 But “The Letter B” takes it even further according to the mole:

Since the Michael Jackson Montgomery/Natalie project was slated towards all demographics, including young children, we decided to add the identifiable teaching element of making the song be about a letter so that the kids could be involved, and parents could feel like their kids could have something to gain my listening to the song together as a family. Think of ABC’s old “Schoolhouse Rock” programs on TV, or Sesame Street, how each episode is sponsored by a letter.

But just like with Trace Adkin’s song “Brown Chicken Brown Cow”, whose video incorporated puppets to appeal to kids while the song contained sexually-suggestive lyrics, “The Letter ‘B’ has a large amount of sexual content as well that makes me appaled that they would market it to kids. Check it out and judge for yourself:

I like The Letter B, now listen to me. I’m gonna make a laundry list from the Letter B.

So that way all of you can see, just how much country boy’s in me.

I like beauty queens with blonde hair and big ol’ butts.

Well some high fallutin’ folks from the country club, are coming down here to destroy our fun.

But I’m a genuine redneck with my guns in the air, so I don’t even care.

‘Cause I like big ol’ brats boiling on a grill.

I like eating bacon for breakfast ’till I get my fill.

I like my baseball cap’s bent brim pulled down low.

I like putting on women’s panties and snorting blow.

Well this song’s brought to you by The Letter B

I’m gonna make a laundry list, so listen to me.

So that way all of you can see, just how much country boy’s in me.