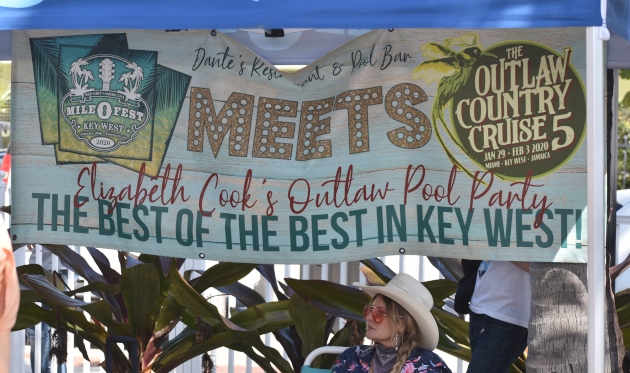 It’s very rare that you see separate production companies and promoters in music collaborating with each other in the event and festival space. In fact the contrary is usually the case, often with big companies such as LiveNation and AEG attempting to squeeze local or regional promoters out of markets, or setting up rival festivals simply to disrupt someone else’s event, often resulting in canceled festivals.

But that was not the case on Thursday, January 30th when music cruise company Sixthman who operates multiple cruises in the independent country and Americana realm collaborated with Mile 0 Fest in Key West to put on a party, and give participants in the Outlaw Country Cruise an opportunity to participate in Mile 0 Fest. Outlaw Country cruisers who set sail out of Miami on Wednesday were given the ability to purchase a pass that would get them into all Mile 0 Fest events while the cruise was in port in Key West, while a party hosted by Elizabeth Cook specifically for attendees of both events was put together.

“It was a fortuitous situation because the very first place the Outlaw Country Cruise stops is Key West, and it happens to be right smack dab in the middle of Mile 0 Fest,” says Mile 0 Fest owner and promoter Kyle Carter. “We know that Outlaw Country Cruise had been in and out of Key West, and they were certainly on our radar. And so when we saw that the dates and the ports of call had been announced, I immediately thought, ‘How cool would it be to collaborate.’ What we’re spreading to the world is very similar.”

Mile 0 Fest is in its third year, and the second of selling out the destination event that caters to Texas and Red Dirt music, as well as Americana. Flatland Cavalry, Shane Smith and the Saints, and Jason Isbell and the 400 Unit all played the night before the Outlaw Cruise came to port, with Jamie Lin Lin Wilson, Mike and the Moonpies, Cody Canada, and Whiskey Myers headlining on Thursday.

“We selected the venue of where it would be, at Dante’s in Key West, which is a cool pool party atmosphere and bar right on the water. We went on sale, and we were sold out in a week,” says Kyle Carter. “Our companies are similar, and our attendees are similar. They enjoy to take a vacation, and if they can do it where they can listen to some of their favorite entertainment in a place like Key West, that all makes sense.”

Elizabeth Cook kicked off the event just after 11 a.m., with scores of attendees crowding around the poolside and seaside stage. Mike and the Moonpies then took the stage for a rousing set that saw bass player Omar Oyoque dive from the stage into the pool after the set (see below). The party was capped off by Bri Bagwell playing an acoustic set poolside.

“We even reached out to a handful of our core attendees that follow everything we do, and drive the show. We actually got on a group call and said, ‘Hey, we’re thinking about doing this party. What do you guys think? Would you be offended by that?'” Kyle Carter explains. “And they were like, ‘Can we get into the show?’ So it was a confirmation that we were on the right track. The last thing we want to do is release New Coke, and all of a sudden the Coke drinkers are pissed.”

People were far from pissed Thursday afternoon, with attendees of both Mile 0 Fest and the Outlaw Country Cruise taking in paradise while listening to some of their favorite independent country and roots music.

Select photos below by Brad Coolidge of Texas Music Photographers. 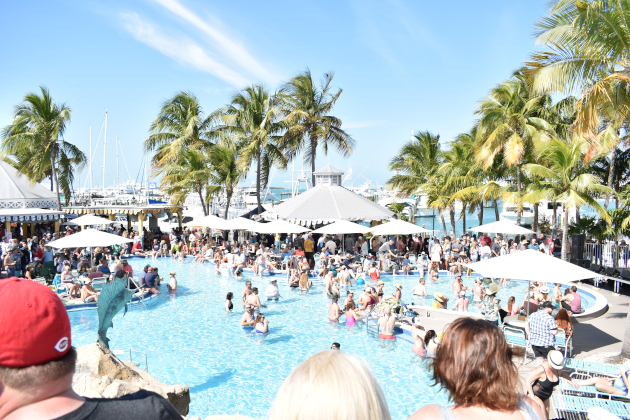 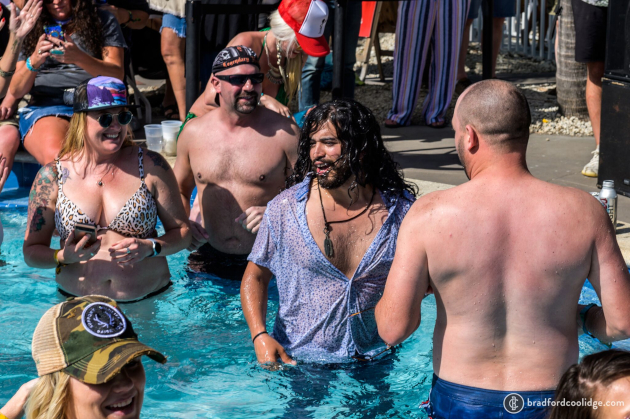