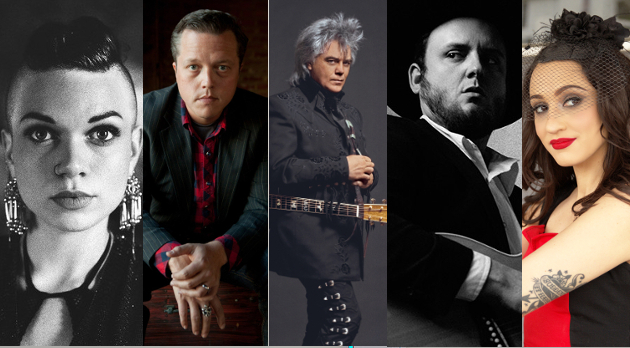 Saving Country Music has just added some fresh horses to its recently-launched Top 25 Current Spotify Playlist meant to be a centralized destination for top recommended songs and artists currently setting the pace in country, Americana, and the greater roots realm.

Adding new music to the inaugural list launched in early March is Lindi Ortega and the title track from her recently released and stripped-down four song EP called Til The Goin’ Gets Gone. Lillie Mae and her spirited new song “Honky Tonks and Taverns” makes the list. Paul Cauthen, the barrel-chested baritone and Johnny Cash soundalike has his late 2016 song “I’ll Be The One” added, and now that Marty Stuart has released his latest record Way Out West, his song “Air Mail Special” has been given top billing on the playlist.

Jason Isbell also just released the first song “Hope The High Road” from his upcoming album The Nashville Sound due June 16th. The uplifting and energetic track is indicative of the more rock direction Isbell has hinted the new album might lean toward, but still has enough of a Southern heart to be included on a country playlist.

You can find the updated playlist below, and a master list of the songs for those who don’t do the Spotify thing. The playlist is updated semi-regularly.