Nothing but Respect for the Country Music Hall of Fame 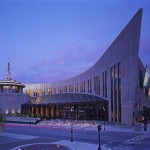 Since the beginning of Saving Country Music over 3 1/2 years ago, nothing but respect has been shown to The Country Music Hall of Fame. It is the last major country music institution that considers the preservation and promotion of the traditions and history of country music above commercial concerns, and as other institutions bend and sway with the current popular trends in country music, The Hall is a rock that stays steady, and always keeps its eye on the big picture. And unlike many other Hall’s of Fame, it is a living, breathing, relevant and viable entity in the country music world, that also happens to be located in a very important and historically-significant corridor of downtown Nashville.

In the last couple of years, a few issues have arisen involving the Hall of Fame in controversial matters, though always in an indirect manner. The “eminent domaining” of the Musician’s Hall of Fame to build a new convention center in downtown Nashville is giving rise to an expansion of the Country Music Hall of Fame which sits next door. The Lost Notebooks of Hank Williams project, though not funded or conceived by The Hall, is nonetheless being released in conjunction with their Family Tradition exhibit. But in both of these cases, The Hall is benefiting by the effect, not instigating the cause of the controversy.

However my personal opinions might align with these two issues, my support for The Hall remains unwavering. Every entity is going to have warts. Certainly Saving Country Music does. But in the end, without question, the good of The Country Music Hall of Fame far outweighs any possible bad. 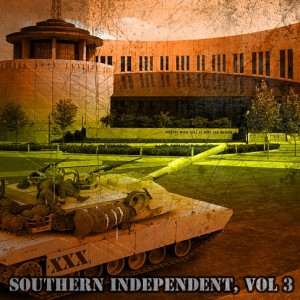 Anyone can compile a list of The Hall’s omissions based on taste, but you would be hard pressed to find someone who could put together a list of artists who are in the Hall of Fame and shouldn’t be. That is the point. It is very hard to get into the Country Music Hall of Fame, as it should be. That is why it still means something and carries reverence and relevance, unlike the Rock n’ Roll Hall of Fame, and many other Hall’s of Fame throughout culture.

And that is why the picture of a tank in its front yard is so disturbing. Put aside all the excellent programs The Hall conducts, that building houses the single largest archive of country music history, memorabilia, and artifacts that exists. Bill Monroe’s mandolin is in that building. The briefcase that was in the back of Hank Williams’ blue Cadillac when he died is in that building. And so is a plaque commemorating Shooter Jennings’ father, who was inducted into The Hall in 2001. If I knew there was a tank taking aim at the Country Music Hall of Fame, I’d put on a space diaper and drive to Nashville immediately and stand in front of it like that Chinese student in Tienanmen Square.

XXX has been plagued by poor decisions since its launch in January. There is some great music, and excellent, hard-working artists on this compilation, and they deserve to be represented without bad branding and imagery. If they are trying to tap into some negative sentiment against The Hall, they will fail, because there isn’t any, only the opposite, even from folks like the Gram Parsons fans and Johny Paycheck fans that are petitioning for them to be inducted. And even if there are a few stray rednecks out there with a bone to pick, they might find it curios a compilation with a hip-hop artist rapping over a Waylon song is taking such a hardline stance against such a storied institution.

And I know a bunch of XXX folks will come running here saying, “Hey man, why can’t we just stay positive?” I’m not the one that just plopped a tank in someone’s front yard. Maybe I’m just supposed to shove a daisy in the barrel and make nice, but look at that picture and ask yourself, who is being negative? If you’re married to the tank concept, why not put the tank rolling down Music Row? Why not have it pointed at the offices of Gaylord Broadcasting or Curb Records? I can think of a dozen other places it could be pointed at, here’s a few suggestions.

The worst part is this is off-message. Traditionalists, and independent country folks from Marty Stuart to Hank3 have come out with unwavering support for The Hall and its many exhibits and programs. And stereotyping institutions simply because they’re big results in negative stereotyping being returned to places like Saving Country Music and the artists being represented. We must make opinions on each institution or artist based on their own merit, not on an ill-conceived notion that everything that is a corporation, or mainstream, or a large entity is bad.

We must be better than them, and this childish, off-message image construed from ill-informed opinions is something I can’t distance far enough from.