Once Country’s Most Promising Act, The Band Perry is Back in Clubs 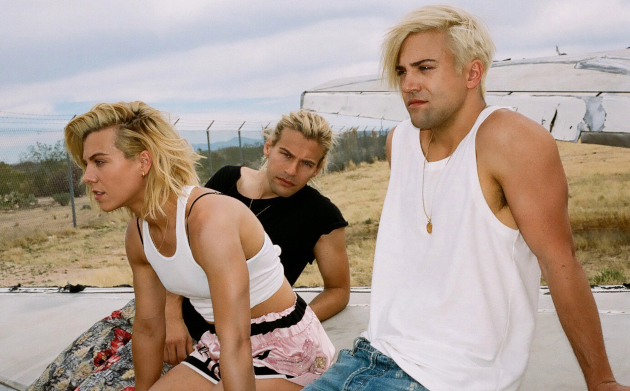 There was a period in country music when the future appeared to belong to The Band Perry. Young and fresh, but rootsy in nature, with sensible yet smart songs, the sibling trio could create consensus behind their music by crossing the country music cultural divide with excellent harmonies and traditional instrumentation weaved into contemporary compositions. Singer Kimberly Perry’s voice could be a bit breathy at times, and the hobbit-like haircuts of brothers Neal and Reid were commonly fodder for comedy. But it was hard to hate on their output, even if it didn’t particularly appeal to you personally.

Their second single “If I Die Young” written by Kimberly Perry went 7-times platinum in 2010, leading to The Band Perry earning Best New Artist recognition from both the CMA and ACMs, and “If I Die Young” became the CMA’s 2011 Single and Song of the Year. A couple of years later the dark murder ballad “Better Dig Two” co-written by Brandy Clark awakened the early influences of country music’s Gothic past, while the style remained compelling to the present day. It also helped launch Brandy Clark’s career.

The Band Perry won back to back Vocal Duo of the Year award in 2014 from the ACMs. In 2015, the brother/sister trio earned their first Grammy Award for their cover of Glen Campbell’s “Gentle On My Mind” written by John Hartford, once again underscoring how this was a band that was capable of bridging the cultural divide in the country music genre.

Through this time, The Band Perry were steadily building a fervent fan base as well, playing big arena tours opening for Brad Paisley in 2012, and Rascal Flatts in 2013, leading up to their own headlining opportunity on the “We Are Pioneers” tour throughout 2013 and 2014, with Easton Corbin and Lindsey Ell opening for them. The nearly 70-date world tour commenced with 20 shows in Europe, included extensive dates throughout Canada, and two primary legs in the United States, with The Band Perry playing to crowds of 3,000-5,500 nightly in mid-sized arenas.

This is a far cry from the venue capacity The Band Perry is currently playing to on their “Coordinates” tour, which began in early March with little fanfare, and will wind up later in May. It began with a show at the Hard Rock Hotel and Casino in Sioux City, Iowa with a seating capacity of 860. On Saturday, May 4th, the trio played the Workplay Theater in Birmingham, Alabama, where the fire marshal cuts off occupancy at 325. Tickets were still available ahead of the show.

It was a few months after that Grammy win for “Gentle On My Mind” in 2015 that The Band Perry decided they needed to take a significant leap forward in their careers, and a strong move towards pop would be the way to do it. The opening salvo to this new marketing strategy was the single “Live Forever” released in August 2015. Up to that point, all of The Band Perry’s original singles aside from their first had achieved Top 10 success, including four #1 singles, and two #2’s. “Live Forever” with it’s yellowy motif and complete reinvention of The Band Perry’s sound, style, and image, stalled at #27. This is when the trouble began in earnest.

To enumerate everything that has happened with The Band Perry since they went from winning awards and selling out mid-sized arenas, to now playing 300-capacity rooms, is a convoluted, and somewhat sordid story of chasing a pop dream of Taylor Swift-level superstardom, and striking out so demonstrably, even those with vendettas out against The Band Perry now feel sorry for them. It started with them being dropped from Big Machine Records after their “Live Forever” reinvention clearly failed to find reception with fans. Then they tried to reinvent the reinvention after a rumored collaboration with Nicki Minaj fell through, at one point claiming incredulously that they were never planning to go pop at all, even though they were clearly on record saying so. They signed a new dual label country/pop deal with Interscope, and released another single called “Comeback Kid” that did even worse than “Live Forever.”

This led to yet another reinvention that has brought The Band Perry to this “Coordinates” era, with the release of a generally-overlooked pop/electronica EP in September of 2018 failing to chart at all (despite the supposed participation of Rick Rubin as an “executive producer”), and the band’s current Coordinates club tour in support of the EP.

One could say that the lesson learned in The Band Perry’s downturn is that going pop is a poor decision in the country space, but this is was only true for The Band Perry specifically. Keith Urban, whose current record Graffiti U is incredibly pop even by Keith Urban’s standards, landed Entertainer of the Year honors from both the CMA and ACM Awards recently. Many other mainstream country stars have also pulled off the transition successfully, and within the country space.

But perhaps the difference with The Band Perry was the transparency of it all, and the feeling of insincerity in their incessant reinventions. People couldn’t act surprised when Keith Urban went full pop, because he was always a country performer who leaned in that direction in the first place. But The Band Perry knew better. They had proved they could write a song, and still keep the roots alive in it. Perhaps a comparable test case would be The Zac Brown Band, who’ve had their own struggles after whiplashing long-time fans with identity crises. But The Zac Brown Band (and Keith Urban) were also more established before they made their big leap into electronic pop.

The problem with The Band Perry playing clubs compared to their days of selling out arenas and winning awards is not that there’s something undignified or embarrassing about performing in smaller venues. There are plenty of artists and bands in the country and roots realm who would kill to play the kind of halls The Band Perry is entertaining, and in front of the size of crowds The Band Perry has seen on the Coordinates tour. In fact it could be seen as endearing move by The Band Perry to not be too proud to take a step down in the popularity tier, while the intimacy of the performances are probably preferred by those hardcore fans of the band who’ve stuck with them through all the drama and costume changes.

But the difference here is that The Band Perry isn’t doing this on their own terms. Often artists in the mainstream end up doing what labels or consultants want to hold onto their popularity, tour capacity, and quality of life and income they’ve grown accustomed to. They get used to lavish tour buses, flying private jets to gigs, and full course catering backstage. And so they compromise with their music or style to stay popular. But some bands refuse to compromise, and instead choose reverting back to the club circuit if necessary rather than doing something they feel would be disingenuous. With The Band Perry, it was the worst of both worlds.

The entire last half decade feels like one huge unforced error by The Band Perry. Really good was not good enough for Kimberly Perry and Company. They coveted superstardom that playing murder ballads and rootsy love songs would never afford them, even if they were already doing better than 95% of the other acts out there playing “country” music. Now artists like Tyler Childers and Cody Jinks are playing to much bigger crowds with no radio hits, no big awards, and no major labels behind them. Even if The Band Perry had released the greatest electronic EP in history, nobody was going to pay attention to it because it was from The Band Perry.

There are many lessons to be learned from doing an autopsy on The Band Perry’s major label career. But the biggest might be that being yourself is always the safest bet, and the problem with money is that you can always have more of it. If The Band Perry would have stayed the course, they probably still would be competing with the peloton of bands in 2nd tier of the mainstream of country, which means still trying to score opening gigs on the biggest tours, struggling to get radio to pay attention to your singles, and perhaps only being able to sell out small arenas on their own headliner dates. But they would still have a place at the table, the pride of doing things their way, a loyal fan base that would stick with them through thick and thin, and the sense of accomplishment that comes with doing something you love, and making a living doing it.

The Band Perry feels like the perfect example of the consequences you can face when you refuse to admit you’re wrong, and reach for something beyond your potential.