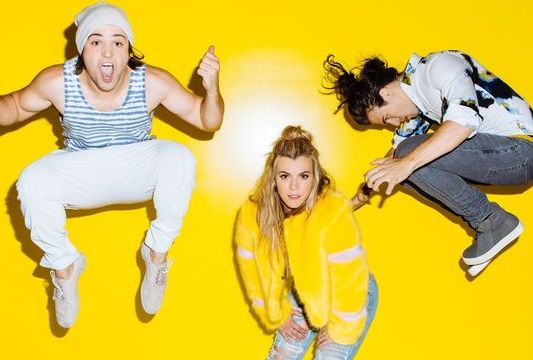 This was going to be The Band Perry’s big moment. Already established as a solid act in the industry with two successful album releases and three #1 singles, it was time to take this thing to the next level. And to do so, they were going to make the age old move for a country act: go pop.

So they saddled up with who else but a Swedish producer, just like Taylor Swift and so many others have done. Nadir Khayat, better known as RedOne, was brought on board, and the plan came together to release a blockbuster song that would take The Band Perry from a perrenial opening slot on some else’s tours to selling out arenas under their own marquee. Soon, the idea for “Live Forever” was launched.

Wide, sweeping, and anthemic, “Live Forever” appears to be about nothing and everything all at the same time. The point was to cast as wide a net as possible and reel in millions of listeners who would then constitute a new era for The Band Perry as a pop country act parenthetical to no one.

Part of what facilitated The Band Perry’s move was a deal Big Machine Records CEO Scott Borchetta struck back in April of 2013 with pop producer Dr. Luke that allows Big Machine artists easier collaboration with pop songwriters and producers in the country space. The concern at the time was this deal would be the institutional tearing down of walls between country and pop, and that’s what we see come to life with The Band Perry’s “Live Forever” (though in fairness, it’s hard to know if the Dr. Luke deal directly influenced the song).

What is clear is “Live Forever” is the bridging of the country and pop worlds. On one side you have the three siblings of The Band Perry—Kimberley Perry, Reid Perry, and Neil Perry, and well-known country producer Dann Huff. On the other side you have two guys named Jakke Erixson and Karl-Ola Kjellhol—two exclusively pop songwriters, and well known pop producer RedOne. All are credited as songwriters, aside from Dann Huff, making this a perfect example of cross-genre behind-the-scenes song creation at its very root.

And then came the image consultants, and choreographers brought in to coach The Band Perry into making this transition to pop a full package. This wasn’t just about a song. This was about a complete and calculated image and audio overhaul that would launch The Band Perry into the stratosphere. And the Perry siblings were totally game, spreading their arms wide submissively, and allowing the experts to tell them how to dress, how to move, and what to say to optimize every single element to benefit the band at the point of sale. 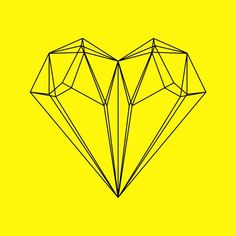 The color yellow was picked to be the primary backdrop for the relaunch. The image of a diamond shaped like a heart was selected as a logo (even though that’s not the way a true heart-shaped diamond is cut), and everyone had visions of a blockbuster #1 single and sold out arena tours dancing in their heads. Maximizing the exposure, RedOne reached out to pop music ally Lady Gaga to tweet about the new single upon release, and The Band Perry launched the song with a big, nationally-televised performance on Good Morning America, complete with planted fans in the crowd holding signs proclaiming their love for a song the public hadn’t even heard yet. Then a big budget video for the song was released.

The song is the first ever single from The Band Perry not to crack the Top 20, aside from their tribute single to Glen Campbell. “Live Forever” didn’t even crack the Top 25. The best the could muster was #27 on the radio charts briefly before immediately beginning to give way. The single slipped to #32 last week, and this week to number #40, which in radio lingo means it’s “done.” So long to the huge breakout pop single, so long to the sold out arenas, and so much for super collaborations between pop and country resulting in massive hits, at least for now.

RedOne and the pop songwriters on the track will move on unscathed because they had nothing to lose, but for The Band Perry, the problems will linger, and will be multi-pronged. When you take such a leap of faith, and when you wholesale scratch everything you’ve done before for a new direction, you risk alienating your fan base, and leaving yourself in a musical no man’s land. If you go pop, it must work—it has to work—or you could end up in a career-ending malaise, especially if you’re an outfit like The Band Perry who doesn’t have any significant grassroots to their fan base to begin with.

The last time we saw a big conceptualized pop overhaul of a country outfit was in 2010 when Sugarland released their fourth album The Incredible Machine based around steampunk culture. The albums lead single “Stuck Like Glue” did well, but the album was heavily criticized, and the entire concept felt forced and more like marketing than authenticity. Fans saw right through it, just like they appear to be looking past “Live Forever.” The Incredible Machine ended up being the last album Sugarland released. The duo is currently on an indefinite hiatus as the both pursue solo projects.

The Band Perry now has a new album called Heart + Beat set for release on November 20th that is expected to include similar material to “Live Forever,” and the lead single has already fallen much shorter than expectations. It doesn’t mean The Band Perry can’t recover, either within the Heart + Beat release cycle, or in subsequent years. But just like Gary Allan, Eli Young Band, and other country artists who’ve attempted to remake their image in a more pop-oriented direction in 2015 in hopes of striking it big, The Band Perry must now fight an uphill battle to not just win the attention of the mainstream, but to re-connect with a core fan base who feels alienated by the new direction.