The past 24 hours has seen some big signings by some worthy artists to record labels. Here’s a rundown: 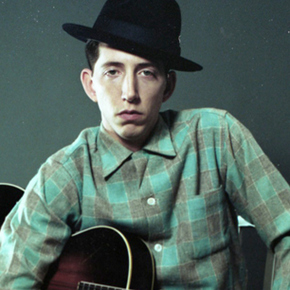 The old-school throwback St. Louis singing and strumming song man Pokey LaFarge has signed to the prestigious Rounder Records, announced Wednesday (11-12). Pokey, who has released six albums since his self-released debut in 2006, and who most recently recorded an album for Jack White’s Third Man Records in 2013, has found what he hopes to be a more permanent home on a record label who’s known for releasing albums by Willie Nelson, Robert Plant, Ricky Skaggs, Del McCoury, Alison Krauss, and dozens more since its inception in 1970 as a predominantly roots label.

“Needless to say, it is a true honor to begin this new relationship with Rounder and be counted among so many champions of American music, past and present,” was the message posted on Pokey’s website. At the present, no word of when Pokey’s Rounder debut might hit shelves, but an announcement should be coming soon. 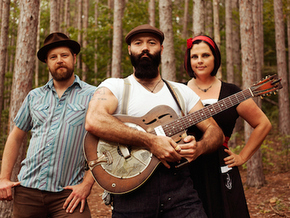 Reverend Peyton’s Big Damn Band has signed with Yazoo Records, and have announced their new album called So Delicious will be delivered on February 17th, 2015. The slide guitar maestro backed by wife Breezy on washboard and drummer Ben Russell is known for busting his ass on stage and playing over 250 dates a year. This will be the Indiana-based outfit’s eighth release.

“Yazoo was my favorite record label growing up,” Rev. Peyton says. “For fans of old country blues and all manner of early American music, they are the quintessential label. And for me, it’s like being on the same label as Charley Patton and ‘Mississippi’ John Hurt. To think that Yazoo believes we are authentic enough to stand with the other people in their catalog means a lot.”

The honky tonkin’, rock and rollin’, Birmingham, Alabama-bred gritty and greasy Banditos have signed to insurgent country label Bloodshot Records as of Wednesday (11-12) with an album rumored to be on the way for early 2015. 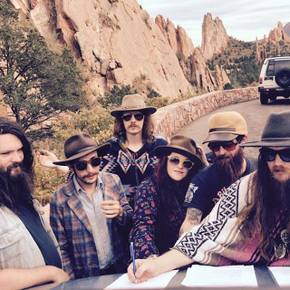 –
“Back in March we saw Nashville-via-Birmingham, AL group Banditos at one of those fly-by-night, hole-in-the-wall bars that sprout like skunkweed on Sixth Street in Austin, TX during the height of SXSW crazy,” says Bloodshot. “The sound system at this place was a painful mix of all treble and reverb; and the noises oozing out of the PA during another band’s set were not unlike the distorted echoes of the soundtrack to Suspiria (and not in a good way). We wish we were kidding. Then the six-piece Banditos took the stage, and even though they themselves were a little intimidating – all hair, denim, and stoic determination – the sounds they managed to conjure from two overworked speakers were fresh, raw, and spectacular.”

Now the Banditos will join a roster which includes Wayne “The Train” Hancock, Lydia Loveless, Scott H. Biram, and launched the careers of Ryan Adams, Neko Case, Justin Townes Earle, and others.