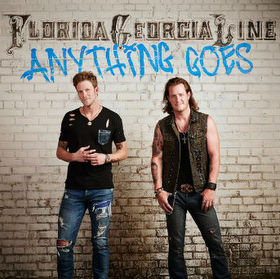 At this point, Florida Georgia Line has settled quite nicely into being the great American sedative of our generation. Just as producer Joey Moi did with Nickelback before them, this music affords a vacation from self-reflection or truly beneficial thought. ISIS is beheading people in the Middle East and engaging in horrific genocide, the economic disparity between social classes continues to increase and has never been more pronounced, even stalwart institutions of American culture like the NFL are leaving the populace in doubt. But that’s okay, you can put on the latest Florida Georgia Line single and all the girls are hot, all the guys get laid, and libations and narcotics are at your beck and call. This is the type of vacationary audio lubrication that keeps the engine of corporate America purring along just fine. Don’t get down; get high and buy shit.

Florida Georgia Line would be perfectly happy with continuing to put out Bro-Country “dirt road, beer, tailgate” schlock. After all, they’ve let it be known multiple times that they’re dumfounded by all the Bro-Country critcism. If stadiums are filling up then it must be working and will work forever, but Scott Borchetta put out a company memo to leave that stuff with Dallas Davidson and Chase Rice to sink with, so what we get instead from Florida Georgia Line’s new single “Sun Daze” is a reversion back to the stupid-ass beach bum singalongs—aka the same garbage Bro-Country replaced. Hell, “Bacardi” and “flip flops” are much easier to find things to rhyme with than “tailgate.” Screw that we’re actually heading into the Winter, it’s always sunny in shitty country music la la land.

The diehards will never admit it, but when you boil down the music of “Sun Daze,” it’s pretty much harmless. Of course it’s not country, but at this point, pointing that out feels like a clichÃ© in itself. Imagine the music that’s playing when “The Fool” of the Tarot deck goes carefree stepping off the side of a cliff. That’s “Sun Daze.” But it’s not terrible. In fact there’s an extended dobro solo at the end of the song, which is just about as much or more solo instrumentation than you will hear in most any country song these days. This is a stupid song, but there’s space in the music world for these type of mindless hum-alongs.

Where “Sun Daze” turns aggressively awful is in the lyricism. Now to be fair, there’s nothing in “Sun Daze” that we haven’t been hearing for years in pop radio or in Parental Advisory fare, so let’s not freak out about the downfall of civilization. But the problem is that country has now taken over as the leader in raunchy innuendo and overt lyrical references. Time was country music was the safe location on the dial, and KISS-FM is what your 4-year-old didn’t need to hear. Now the pop station is playing inspirational and confidence-building tunes from Lorde and Meghan Trainor, and country is the home of the unfettered smut fest.

If I’m lucky, yeah, I might get laid.
The way that it’s goin’ that keg gon’ be floatin’.

All I wanna do today is wear my favorite shades and get stoned.

Kris Kristofferson with the help of Johnny Cash in 1970 already crossed the Rubicon of calling themselves “stoned,” and the result was the CMA for Song of the Year. But there was also a story behind these references, and a deep and dour feeling of self-loathing and reflection, if not a diagnosis of the moral depravity one found oneself in. The simple fact is “Sun Daze” needs this bawdy language of “get laid” and “get stoned” because that’s all it’s got to separate itself from vapid nursery rhyme. “Sun Daze” farmed a melody that was so Mother Goose, they needed to gussy it up with something controversial to have at least something that would pass for “edgy.” Talking about getting laid and stoned in a country song is simply a cry for attention, and is demographic pandering to the repressed suburban boys and girls this stupidity appeals to.

The second verse of “Sun Daze” takes it to another level.

Well you’ve been anything but coy up to this point in the song fellas, why don’t you just come out and say it? You plan to stick your penis in her vagina … but all of a sudden you don’t have the testicles to spell it out.

What rank immaturity. And it does seem to make it a little worse that they’ve decided to do their pink umbrella sticking on the Lord’s day. Not to get too preachy or anything, but that is the everlasting dichotomy of country music: let loose on Saturday night, and atone on Sunday. Now let’s screw that tradition all up as well since it makes for catchy, purposely-misspelled crud jargon for über douches whose “religious” ideals are only as skin deep as their $700 bicep tattoos of Gothic crosses that are more about marketing than expression or reverence.

There’s much worse out there folks, which is sad to say in itself. That’s the evil genius about Joey Moi and Florida Georgia Line. They passed on the song “Burnin’ It Down” which the duo co-wrote (and was cut by Jason Aldean), and I don’t care if it shot to #1 because the label sent a Brinks truck over to Clear Channel driven by hookers with cocaine—“Burnin’ It Down” is a polarizing song that is destined for the waste bin of country music history because deep down it’s just really bad. But “Sun Daze” is America’s next ear worm. Of course it sucks, but Florida Georgia Line once again proves its ability to craft an engaging melody to enrapture America’s gullible middle. And the descent of country music registers yet another low water mark.

(aka, any points for melody construction are erased by the transgressions in the lyricism)

And P.S.: Quit naming of monogenre strings of artist together like, “Rock a little bit of hip-hop and Haggard and Jagger.” That’s now as clichÃ© as pickup trucks and beer.

“Sun Daze” is written by Tyler Hubbard and Brian Kelley, and Cary Barlowe, Jesse Frasure and Sarah Buxton—who should all know better.