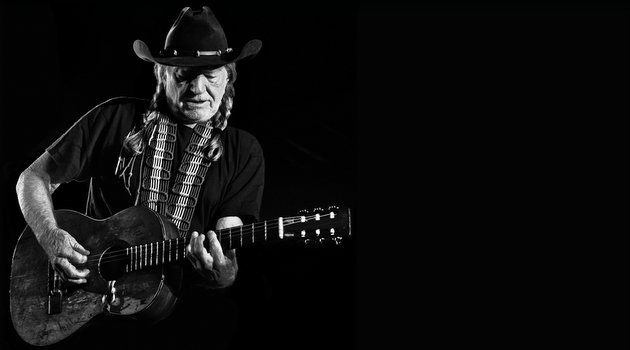 Yes, if you thought Willie Nelson already released an album this year, you would be correct. It was called Band of Brothers, and without rigging the measuring stick because he’s a legend, or crossing my fingers behind my back, I can tell you it was one of the better albums released in all of country music in 2014. Consumers felt similarly, and Band of Brothers became a #1 record upon its release; Willie’s first #1 in 28 years, though under a system Billboard has now replaced with one taking into account streaming, which will likely see Willie and other legends who’ve had luck on the charts lately losing out to younger artists with stream happy fans.

But Willie was not done in 2014, and released Willie’s Stash, Vol. 1 December Day on 12/2. This is not a Christmas album as some may assume from the timing and title (and others have purchased believing it to be according to a couple of emails I’ve received), though it does have a very glowing, hearth-like feel, and the album is a family affair. The occasion surrounding December Day is to capture Willie with sister Bobbie Nelson—his long-time piano player—in a very intimate, stripped-down studio setting with producer Buddy Cannon presiding, and only a few more sparse accoutrements from Willie’s long-standing “Family Band.” 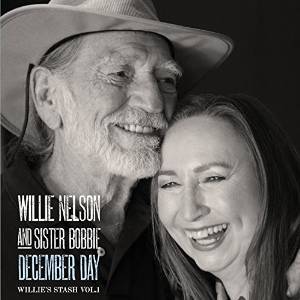 Like the “Willie’s Stash, Vol. 1” titling infers, this should be considered the other release, the more secondary release from Willie Nelson in 2014. Something for the hardcore fans instead of the masses so to speak, and you see this in the way Legacy has approached releasing this album—Willie’s fifth on the Sony catalog imprint. June’s Band of Brothers, Willie’s 2013 duet album To All The Girls…, and 2012’s Heroes all felt like primary releases with a big promotional push. December Day, and the 2013 release Let’s Face The Music And Dance—another release that also included many re-recorded songs—felt like bonus studio material for dedicated Willie lovers.

Interesting that with 2012’s Heroes, Sony apparently put the kibosh on the original album name Roll Me Up and Smoke Me When I Die, but here make light of Willie’s well known use and advocacy of marijuana with the “stash” reference, however more veiled it might be. And if we ever will see a Volume 2 or if it’s just a formality to flesh out the title remains to be seen. But in 18 tracks and 20 total songs, December Day sees Willie reprising many of his originals—some well-known, some obscure—while also covering favorites from Irving Berlin, Django Reinhardt, and others. I wouldn’t consider December Day a country album in the traditional sense. It is more of a traditional pop album, where a crooner accompanied primarily by a piano would play standards, like a Tony Bennett record, only with more earthy tones from Willie’s more weathered voice and the sound of his famous Trigger guitar.

Though it says right there on the cover and in the track notations that this is mostly about Willie pairing with Sister Bobbie, long-time Nelson harmonica player Mickey Raphael plays a very important role on this record, adding his signature and tasteful textures on many of the tracks. Also interesting to note that we see Willie’s long-time bass player Bee Spears’ name appear in the credits. Bee passed away in an unfortunate accident in December of 2011, meaning some of this music has been laying around for a while, and predates Willie’s Legacy label deal. Billy English—the brother of drummer Paul English—also appears briefly, but overall December Day stands up to the billing of being primarily Willie and Bobbie. 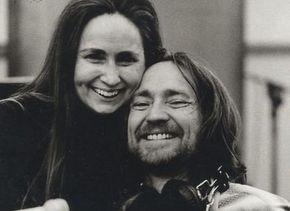 The excellent part about this album is the intimacy, and each track singled out is its own little gem. When news first came down of this project, I’d be lying if I didn’t say it set my eyes to rolling a little bit. Willie did such a great job with Heroes and Band of Brothers defying his age and adding to his legacy, I just don’t want to see his fan base taxed with too many auxiliary releases, especially to the point where listeners start ignoring them (see the 00’s). But when a video for “Who’ll Buy My Memories” was released (see below), my optimism perked up. The idea of getting a glimpse of how an evening at the Nelson Family residence may transpire when music is on the mind makes this something unique and special, even if we’ve heard these songs before.

However when you zoom out and listen to December Day cover to cover for all 20 songs, it does become a little bit tedious. Along with re-treading some songs he’s already re-treaded many times before (Willie might have recorded “Nuages” more times than Florida Georgia Line says “girl” in a hit single), Willie’s also put nearly all of his material that relies on minor keys and fey jazz-style chording that trips up the ear in one place with this album. When you add on top a general lack of body in the instrumentation, you end up with an album that is hard to call “accessible” as one of its attributes. Yes, it’s a “stash” of songs we’ve heard before done in a different way, but one I wouldn’t label as essential to anyone but dedicated Willie Nelson fans.

What December Day does deliver is a remarkable attention to tone, conveyed with such respectful care and taste, it’s like touching something pleasing but with your ears. Willie Nelson’s voice, though handsomely weathered, sounds strong and regal, like the knotty, intertwined resolve of an antique wooden cane only rendered more sturdy and character-etched by time. In fact you could call Nelson’s voice even more confident here than on Band of Brothers in places because he’s been singing these songs for so many years. His guitar Trigger meets similar results from not having to fight with a full band for attention, while the tinkling of keys by sister Bobbie comprises the foundation for every song. Mickey Raphael has some moments where he cuts his parts as smoothly as the sunrise crests the horizon, and overall despite a lack of originality of material, December Day delivers a tactically-pleasing experience if nothing else.

Recommended only for dedicated Willie fans, or people who love minimalist recordings of standards, but recommended nonetheless, Willie and Bobbie’s December Day “stash” makes for not a bad pre-holiday aperitif.