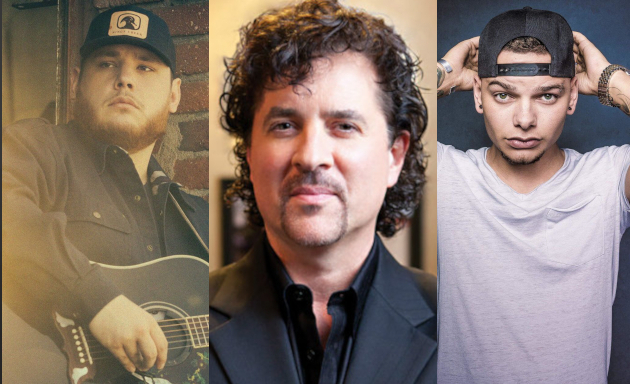 The Country Music Antichrist Scott Borchetta is hellbent on world domination ladies and gentlemen, and in the process expect him to pull country music in the pop direction more than ever before. The Big Machine Records CEO’s recent beef with Taylor Swift about her masters was just a sideshow. Ultimately his $300 million-dollar deal with music impresario Scooter Braun is about moving one of country music’s most powerful labels more into the pop world to “unlock synergies” as they say in the business, which in this case means aligning more country stars with pop producers and collaborators, blurring the lines of genre even more, and aiding and abetting the pure, unequivocal formation of the monogenre.

Revealed as part of Borchetta’s brushup with Taylor Swift is that he thinks the Scooter Braun move “…will give us more pop culture super-power than ever before.” But this isn’t what has fans of Luke Combs and Kane Brown pissed off, it’s his pronouncements from a recent Hits Daily Double interview Scott Borchetta participated in where he appears to slight the two superstars while touting his own artist Thomas Rhett. The interview was granted before the Big Machine/Scooter Bruam deal was revealed.

One of the symptoms of megalomania is delusion, and that’s what Borchetta evidenced when he said in the interview, “Thomas Rhett is arguably the only [country] headliner in his 20s.”

First off, Thomas Rhett is 29-year-old, married with children, and been in the business for going on 10 years. So to act like he’s some hot act on the rise is a little bit laughable. But most importantly, this gives a big discount to Luke Combs (28) and Kane Brown (25) who are both selling out arenas at the moment as headliners.

Nobody is bigger in country music at the moment than Luke Combs. There might have never been a bigger artist out of the gate in country music history, not even Garth Brooks, or Scott Borchetta’s 15-year-old Taylor Swift. Luke Combs has the #1 and #3 albums in country music at the moment, is lapping everyone in streaming numbers and radio spins, and check this: it was just announced that he’s added a second night to his Bridgestone Arena stop in Nashville come December. His December 13th gig sold out in minutes, so now they have added a December 12th show, as well as four other dates to his current tour.

Literally every single date Combs is booking is selling out almost immediately, and in arena-sized venues all across the country. This dude is on fire, and Scott Borchetta said of him, “…he certainly has a fighting chance of being a true headliner.” A fighting chance? The guy is rewriting the books of what a true headliner in country music is. He’s having to double up on arena dates to deal with demand. At this rate, Luke Combs will be in stadiums by next spring.

Kane Brown, who was also discounted in Scott Borchetta’s comments, quipped back on Twitter, “He don’t know what he’s talking about…. it’s cause we ain’t on his label … Me and Luke’s about to start sending him tickets to shows.”

Unlike Luke Combs, it’s a legitimate question if the music of Kane Brown (and Thomas Rhett for that matter) should even be considered as part of country music since it’s more R&B, and he’s not nearly at the level Luke Combs is at right now. But make no mistake, Kane Brown is big, and he’s posting his own sold out arena dates and impressive streaming numbers that regularly beat what Thomas Rhett is doing.

Kane Brown does have a problem though. All the attention from to the press corps going to their new toys of Lil Nas X and Blanco Brown have made Kane Brown feel like an afterthought, and could legitimately lessen his chances of keeping up with Combs. Kane Brown’s latest album Experiment is barely outselling/outstreaming his debut, and definitely doesn’t feel like the blockbuster they were hoping for. But the guys is still posting solid numbers.

Nothing about Rhett’s ascent feels organic. Even if you don’t like Luke Combs or Kane Brown, you can compute in your brain why others do. Meanwhile Thomas Rhett has the personality of a cinder block. His music is a diluted white boy Bruno Mars shtick, and the press pays more attention to his wife than him because she’s more interesting sitting there with a smile in the second row of an awards show audience than Thomas Rhett is prancing around at center stage with pyrotechnics going off and 16 choreographed backup dancers trying to make his presence the least bit entertaining.

Scott Borchetta touts Thomas Rhett’s two wins as the ACM’s Male Vocalist of the Year as further evidence of his dominance, when really this just underscores the manufactured nature of his stardom. The ACMs are the most vote blocked/horse traded awards show in the country genre. Give Borechetta credit for pushing the block of American cheese that is Thomas Rhett to near the top of the country music hierarchy, and of course it’s his job to be the hype man behind his artists. But sorry, both Luke Combs and Kane Brown have a brighter present and future to look forward to than Thomas Rhett, or any Big Machine artist at the moment.

Scott Borchetta now has his big partnership deal under his belt. But it’s going to take explosive appeal the likes of Luke Combs and (gulp) Kane Brown to get Big Machine where he wants it to go—the kind of explosive appeal Taylor Swift had. Because he ain’t getting there with Florida Georgia Line, the burnt out Brantley Gilbert, or the paper tiger of Thomas Rhett. Borchetta can unlock all the pop synergies he wants. But as Luke Combs has proven, as well as 20-something independent headliners such as Tyler Childers, what’s hot right now is a return to country.