Shut The F*** Up Whiskey Riff, Country Music DOES Have a Definition

You know, there used to be a time when I thought the worst the country music writing community could do was Taste of Country, or Alison Bonaguro over at CMT and her pom pom waving for every pop country ne’er-do-well who came down the pike.

Today, these writers and outlets feel almost like brothers and sisters in arms compared to the spastic and data-driven viral content farms that have moved into the country music space to exploit the loyalty, enthusiasm, and pliability of country music fans for their revenue-centric business models whose sole purpose is to deliver eyeballs in the targeted demographic to their advertising and manufacturing partners. To sites like Whiskey Riff, country music might as well be toilet plungers or Revlon cosmetics. It’s simply a commodity to be exploited for profit. And if they lie, over hype, dumb down the populus, or burn country down on their way out the door, as long as they’ve made their nut, they couldn’t care less. 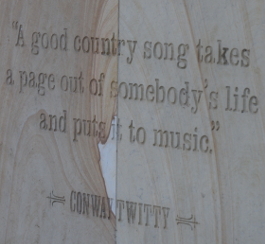 This was on display when the founder of Whiskey Riff—which is really nothing more than an apparel company looking to piggy back off the popularity of country to sell their bullshit—decided he needed to cue up a blank page, and fill it with the most irresponsible and ill-informed dreck one could come across on the country music internet, and title it, “There’s No Definition of ‘Country,’ So Shut The Fu*** Up“

Steve Gazibara’s attempt at a rant against traditionalists was really an exposé on his true colors, and his lack of knowledge on what country music really is, even as he tries to sell himself to his readership as a voice of authority. Of course there’s a definition to country music. Dictionary.com defines country music as:

A style and genre of largely string-accompanied American popular music having roots in the folk music of the Southeast and cowboy music of the West, usually vocalized, generally simple in form and harmony, and typified by romantic or melancholy ballads accompanied by acoustic or electric guitar, banjo, violin, and harmonica.

But Whiskey Riff and Steve Gazibara aren’t just telling some angry writer at Saving Country Music or some disgruntled traditional country fans to “Shut The Fuck Up” about the definition of country music, he’s also telling that to the country music legends whose life work went into defining the genre for generations, and who left their own words behind on what goes into making country music something more than just a simple form of entertainment to pass the time. 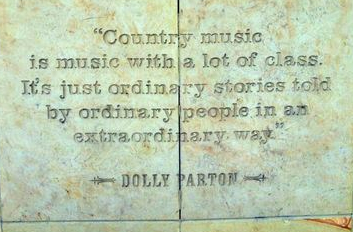 Perhaps if Steve Gazibara had ever been to the Country Music Hall of Fame in Nashville, he would have noticed that etched into the very cornerstone’s of the massive building are quotations from country legends such as Hank Williams, Waylon Jennings, Dolly Parton, Merle Haggard, and Conway Twitty, explaining what country music is to them. And beyond the words themselves, it illustrates what Steve Gazibara and others fail to grasp about country music, that it’s not just a commodity or even a form artistic expression. It is an integral part of people’s lives and has been the foundation for their cultural identities for generations. It’s what binds them to their homes and ancestry, and is interwoven into the very fabric of who they are as people.

And so when someone attempts to unravel all of that, whether it be artists like Kane Brown and Sam Hunt rapping over an electronic drum beat, or some backwards baseball cap-wearing Millennial with a few marketing smarts that moves in to exploit the country space for monetary gain, you’re damn right they stand up in steadfast opposition to say, “That’s not country!”

“Country music is music with a lot of class. It’s just ordinary stories told by ordinary people in an extraordinary way.” — Dolly Parton

“You ask me what makes our kind of music successful, I’ll tell you. It can be explained in just one word: Sincerity.” —Hank Williams

“Country songs are the dream of the working man.” —Merle Haggard

“A good country song takes a page out of somebody’s life and puts it to music.” — Conway Twitty 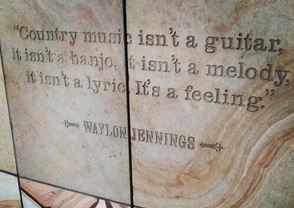 The sad part about Gazibara’s piece is he actually makes some decent points within it. Yes, purists are fools for laughing off William Michael Morgan and his song “I Met A Girl” just because Sam Hunt was one of three co-writers on the track. Yes, the racists who bring up Kane Brown’s skin color should be kicked to the curb. He even tries to tie what country music is to a feeling, but falls short, and puts it all under such an irresponsible title, it erodes any intelligence the piece may contain. His premise that country music, in the present or past, is somehow indefinable is basically asserting that it’s meaningless, or indistinguishable from any other genre of music. Which if you listen to country radio today, is not an unfair assessment, but also undercuts the hundreds of artists out there making country music authentically, and their fans, which according to sales numbers, are on the rise.

People are searching for authenticity, and they’re not going to find it on any of these viral content sites. And for them to assert that country music has no definition is dangerous because it cuts the legs out from everyone flying the country music flag. Without country music, all they are is a bunch of douchebag white guys live-tweeting The Bachelor and writing articles like The 36 Things That Happen When You Get Drunk on Fireball. After we all, we know only Rita Ballou is allowed to live tweet The Bachelor. 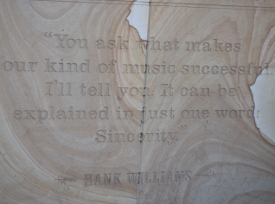 And if you think that’s an opinion born of jealousy, just understand I take pride in not trying to become the Wal-Mart of country music, and knowing that quality is what sticks around for the long haul. Besides, where are the trends headed in country music? The songs and albums that are regularly under-performing these days are coming from the Bros who read sites like Whiskey Riff, while the music setting the pace for country is coming from folks like Chris Stapleton and Sturgill Simpson. Sure there’s still exceptions, but 2017 is going to be very interesting for seeing where the whole Bro-Country thing goes after obviously implosions from many of its founding artists. Folks have moved on, and so should the media.

You think anyone’s going to ever etch “There’s No Definition of ‘Country,’ So Shut The Fu*** Up.” in stone like they did the sainted words of Waylon, Hank, Merle, Conway, and Dolly? Of course they won’t, because not only are those words as fleeting as the songs and artists a site like Whiskey Riff promotes, they’re flatly incorrect.