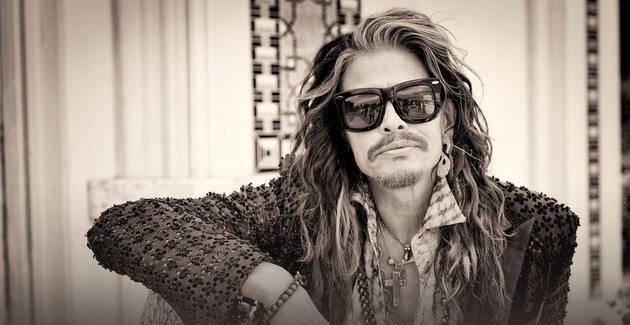 Move over Sheryl Crow and Darius Rucker, apparently Steven Tyler and his size 14 lips will be belting out “country” tunes as early as this November according to a report from Billboard. Sources say the Aerosmith lead singer is getting ready to sign with Scott Borchetta’s Big Machine Records and is gearing up to go country in a big way.

Steven Tyler first expressed the desire to record a country-influenced solo album in October of 2014 in the midst of a Twitter Q&A. “I’m going down to Nashville January, February, March, April to write and see what we get,” Tyler said. “You know, doing an album is kind of like panning for gold. You get so much sand and dirt until you find a little nugget and you work on the nugget…you know I grew up with The Everly Brothers. Even ‘Cryin’s’ got a little [twang]. Of course I had to do it more Aerosmith-ish which was rocked out. There’s just a piece of me that loves country so much, and I’m not sure what kind of country that is, but it’s got the 5th harmony…it’s just those kind of melodies that are just so so good.”

Apparently Tyler did relocate to Nashville, and has been working with songwriters on the upcoming project, including Brett James and Jaren Johnston from Big Machine’s The Cadillac Three. Word is Big Machine is the company helping to arrange the co-writing sessions. Tyler has also been listening to a lot of country according to sources. “He’ll hear a song and go, ‘Who was that?'” says a Billboard source…not exactly reassurance that Tyler is well-versed in the genre he’s getting into.

Of course Aerosmith songs have been featured prominently in popular country music in the past, including Garth Brooks’ cover of “Fever,” Mark Chesnutt’s version of “I Don’t Want To Miss A Thing,” and Carrie Underwood has covered numerous Aerosmith songs live over the years. Aerosmith also performed at the 2011 ACM Awards with Underwood.

There’s also an American Idol connection between Steven Tyler and Big Machine’s Scott Borchetta. Tyler was once a judge on the show, and Borchetta recently signed up as Idol‘s mentor who will eventually sign the winner to Big Machine. On Wednesday night’s episode, Steven Tyler was featured in a Scott Borchetta introduction. Borchetta has also showed an affinity for hair metal over his career. He once playing bass in his own metal band, and releasing a Mötley Crüe tribute recently.

Both Big Machine and Steven Tyler have declined to comment on the impending deal.