Steven Tyler’s “Red, White & You” Should Have Died in the “Yum Yum”

Trigger Down with Pop Country 91 Comments 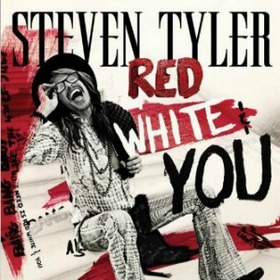 America, there is an impending Presidential election, and I think all of us as individuals need to indulge in a really deep-minded and personal moment of reflection, and ask ourselves why as a people we spend billions upon billions of dollars of our gross domestic product on national defense to stockpile all manner of weapons of war and raise an army of fighting men and women, when within our midst we’ve been bestowed a weapon capable of mass destruction so diabolical and absolute, it could waylay hoards of invading armies on the spot, all while making the rest of the world writhe and recoil in such abject fear that a more potent deterrent to any manner of aggression towards our fair soil or our way of life could never be procured. And no, I’m not talking about the arsenal of intercontinental nuclear missiles that could destroy every living thing on Earth 7-times over, I’m talking about the abhorrent and ungodly scourge that emanates from Steven Tyler’s mouth when he performs the song “Red, White & You.”

I would rather let Iran obtain weapons grade plutonium and a missile delivery system capable of reaching the mainland United States than listen to this artifice of gross misogyny and patriotic self-aggrandization. Because as long as “Red, White & You” is playing, freedom has no value, and life is not worth living.

Fiercely loyal and relevant to the country music themes blazing with popularity in the summer of 2013, “Red, White & You” is slavish pandering to the “Peach Pickers” country influence, while licking the balls of bands like Florida Georgia Line. Tyler sings about the beauty of the “Georgia night” like he’s a 16-year-old corn fed Southern boy getting busy with his girlfriend in the back of his hand-me-down Chevy, when in truth he’s a 67-year-old Manhattan native living in Boston who looks like the white version of RuPaul wearing a Bonnie Raitt wig.

While “Red, White & You” makes an ironclad case for itself as the worst “country” song in the history of recorded music, it indisputably takes the top prize for the worst lyrical line the world has ever been forced to behold.

“You pulling me a little bit closer, Heart beating like a big bass drum
We spinning’ on a roller coaster, A “Free Fallin’” into your yum yum…”

It’s a vagina folks! And Steven Tyler’s rank immaturity to include something like this in a song beats all. The “yum yum” line dethrones Florida Georgia Line’s “Stick the pink umbrella in your drink” as the most distasteful utterance ever to befall the country music ear, and is a besmirchment of the orifice from which all human life emerges.

And do you really think Tom Petty thinks it’s cool to be referenced in a song like this? This is the “bad rock with a fiddle” he so famously slammed a few years back, sans the fiddle. And along with “Free Fallin'”, Steven Tyler also references Petty’s “American Girl”. And just when you think it can’t get worse, Steven Tyler also drops in a shout out to “Born in the U.S.A.”. Hey Steve, you may want to check the real meaning of that song before you reference it in your patriotic panty romp. Tyler even name checks Big Machine Records—the Scott Borchetta-run label whose brilliant idea it was to sign this washup to a country record deal.

Petty, Springsteen, Big Machine, America: Steven Tyler’s got his nose in more assholes in this song than a Weimaraner at a public dog park.

The lyrics of “Red, White & You” are like a diarrhea of the mouth. It seriously includes the line, “Have you ever felt so alright?” strenuously emphasizing how just “okay” he feels. Four songwriters, four fucking songwriters on this garbage, and they don’t even know what the words they’re using mean. “Peel off those colors babe!”? (Though some translations contest it’s “Don’t let those colors fade”) Could we be any more adolescent wet dream in our descriptions? And the songs seems to be going along as this flirtatious flag-waving canister to shove as many catch-phrases and country-fried culture buzzwords into as possible, when all of a sudden Steven Tyler lets fly a random “You can kiss my ass!” heading into the second chorus. You know, because that’s what you’re supposed to say in a country song, even if it doesn’t make a lick of sense, right?

There’s supposed to be some sort of patriotic thing going on in this song, but you’re so taken aback by the gratuitous immaturity and innuendo, and the incessant vapid prattle serrating your ears that you gloss over the references to the “Flag” and the “4th of July” and miss the fact that along with all the other malfeasance perpetrated by “Red, White & You,” it panders to the whole “proud to be an American” mindset, though the very existence of this song and the fact that it originated on American soil makes even the most proud American want to expatriate in fear of being mistaken for having any affiliation to this cultural sewage.

Look, Steven Tyler is not the uncivilized wasteoid this song implies. He’s always been a bit of a sexual miscreant, but he’s been the frontman for one of the most definitive American rock bands in history, no matter how you may feel about Aerosmith. Possibly the worst part of this song is you have this iconic American music voice that is immediately recognizable, and it’s being apportioned to sing in this extremely predictable pattern of stale, outmoded Bro-Country cadences rife with indolent language.

Steven Tyler started off this whole “gone country” exercise with a not awful attempt in “Love Is Your Name.” But once again we have an artist forced to release a terrible song in an attempt to have a chart-topping lead single to justify the release of an album.

This thing should have died in the yum yum.