The Oscars: An Annual Reminder of What Music Could Be 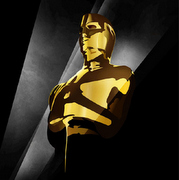 Tonight is the annual Academy Awards, arguably the biggest, most important night in all of American entertainment, if not in the entire world. And during the presentation, and in the list of nominees and winners, you will not see a parade of the movie industry’s most flashy personalities. You won’t see anybody judged on looks or popularity. You will not see the most commercially-successful endeavors given exclusive billing and opportunity for accolades. No, what you will see is the best and the brightest of the industry highlighted based mostly on the creativity and artistic integrity of their works.

It’s not that The Oscars completely ignore commercial viability or success. When a movie like Titanic or Lord of the Rings emerges, the industry recognizes the importance of these legacy films and gives them the proper nods, but not without regard to the artistic integrity of these movies or the talent displayed by the actors in them. Film understands that the most financially-successful movies have their legacy cemented by the strength of their box office numbers, and don’t need to be buffered by accolades better suited to those films that did not enjoy as much commercial attention. And this does not just go for The Oscars. From The Golden Globes, to Cannes, to a myriad of smaller film festivals all across the country and world, in the film industry there is an insistence on finding the most important works in a given year, and shining the spotlight on them.

Contrast this with the music industry, especially the country music industry that is flush with award shows now to the point of being redundant, and the differences are nothing short of embarrassing. In the film industry, low-budget and artistic films regularly find their way to the very top of the award show itinerary. In music, low-budget and independent albums, songs, and artists are completely shut out in favor of the same cloistered group of franchise-caliber names on an annual basis.

A perfect example is country music’s dilemma of finding a 5th female for the “Vocalist of the Year” category at both this CMA Awards and the ACM Awards for the 2012 cycle. The CMA’s, struggling to find a name of similar caliber to the top 3 ladies of Carrie Underwood, Miranda Lambert, and Taylor Swift, reached completely outside of the country world to nominate Kelly Clarkson. The ACM’s also drew a blank beyond Martina McBride as a 4th candidate, and gave the nod to Kacey Musgraves, who despite being an interesting up-and-coming name, hasn’t even released a major album yet.

Meanwhile in 2012, a consensus built throughout music–from The Rolling Stone, to CMT’s editorial chief Chet Flippo, to right here on Saving Country Music–that Kellie Pickler’s album 100 Proof was an album worthy of accolades that balanced artistic integrity and commercial sensibilities. But Kellie and 100 Proof went completely ignored by the award shows, even though they were actively looking in the ranks of unknowns and outside the genre for a female name to fill out their candidate list. Along with the disparaging current outlook this paints for females in country music, it also illustrates the pull the industry has on what are supposed to be independent awards. The reason Kellie Pickler was not nominated is because she enjoyed no support from her label; a factor that is virtually superfluous in the movie world.

The point of awards is to promote the industry they cater to, and if they only consider commercial success, they become a self-fulfilling prophesy and feed a cloistered, creatively anemic environment. When the Academy Awards “Best Picture” nominees are announced, each film gets a sizable boost that helps re-focus the industry on the artistic integrity of the medium. A couple of years ago, The Oscars increased the amount of “Best Picture” nominees for this reason and others.

The Grammy Awards of the music world tend to include a bit more focus on artistry compared to the genre specific shows, but Oscar night every year is a reminder of how behind the music industry is compared to its peers in putting its best foot forward, and promoting the brightest talent.