The Story of Tompall & The Glaser Brothers Writes Its Final Chapter 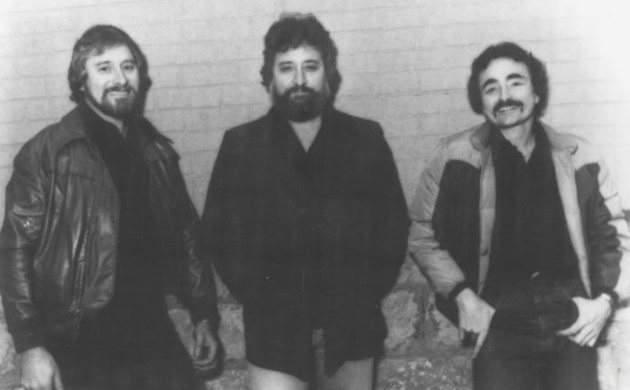 Of course Tompall is where the attention usually dwells when bringing up the three siblings from Spalding, Nebraska known collectively as the Glaser Brothers. It was the oldest brother who lead the singing trio during their commercial heyday as a headliner act, and then saw his face and name placed right beside Willie Nelson, Waylon Jennings, and Jessi Colter on the first platinum-selling country music album in history, 1976’s Wanted: The Outlaws. Tompall Glaser was the head of the franchise, and reveled in that fact. He was also considered the mastermind of the renegade Hillbilly Central studio in Nashville not far from Music Row, which gave rise to the Outlaw movement in country.

But youngest brother Jim, who died of a heart attack on April 6th at the age of 81, was the only one of the Glaser legacy to land a #1 hit in the form of 1984’s “You’re Gettin’ to Me Again.” And Chuck Glaser, who died Monday, June 10th at the age of 83, wrote hit songs and ran the family’s publishing company that included some of the greatest songs of the era. Both Jim and Chuck were also part owners of the Glaser Sound Studios in downtown Nashville, which later became known as Hillbilly Central. And now with the recent passing of Chuck and Jim, the story of these three brothers who helped shape the legacy of country music in so many different ways has officially come to a close.

As performers, Tompall and the Glaser Brothers put together a proud legacy of ten studio albums released between 1959 and 1982, fourteen Top 30 hits, and two Top 10’s, including their biggest hit, “Loving Her Was Easier (than Anything I’ll Ever Do Again)” which hit #2 in 1981. But it was the voice of the Glaser Brothers, and their renegade spirit that lingers as thick influences in the music even today.

First discovered on the Arthur Godfrey’s Talent Show in 1957, and then signing a record deal with Marty Robbins, the Glaser Brothers became the traveling backup singers for Robbins who helped put them on the country music map. In 1959, their contract was transferred to Decca and they began working with Owen Bradley, with Chuck’s place in the band bisected by a two-year stint after receiving draft orders into the United States Army. Soon the brothers were made members of the Grand Ole Opry.

Along with their own music, the Glaser Brothers were arguably the most revered backup singers in Nashville early in their career, performing on tracks from George Jones, Hank Snow, Claude King, Marty Robbins, and most notably on Johnny Cash’s “Ring of Fire.” All three brothers also wrote songs that would go on to become hits for other artists, with Jim writing the top 5 hit for Skeeter Davis, “What Does it Take,” and Chuck penning numerous songs for Hank Snow, and Johnny Cash’s “You Won’t Have Far To Go.” Tompall wrote Bobby Bare’s “Streets of Baltimore,” which became the Hall of Famer’s signature song.

Later into the 60’s and 70’s, Tompall and the Glaser Brothers became one of the biggest performing acts in country music, earning the CMA for Vocal Group of the Year in 1970. But they stopped performing together full time in 1973. A temporary hiatus became more permanent after Chuck suffered a stroke in 1974. It took him years to fully recover his voice, and though the group reformed briefly in 1979, it eventually disbanded permanently as a full time concern citing creative differences, though reuniting at times over the years for appearances and studio projects, including 1981’s Lovin’ Her Was Easier, which was one of the most successful albums of their career.

After their success in the early 70’s, the three brothers took their earnings in music, and reinvested it back into the business by building a renegade studio at 916 19th Ave. South, mere blocks from Music Row. From this building is where the country music Outlaw moment would emerge. Tompall took the lead in the studio project, recording albums from Waylon Jennings, John Hartford, Kinky Friedman, and a host of other country music outcasts at Hillbilly Central, which also became a gathering place for country artists frustrated at the “Nashville Sound.” Tompall’s moves started the Outlaw movement in earnest by allowing musicians to take control of their music as opposed to using label-owned studios, session musicians, and songs hand selected by producers.

“When we started, people thought we were going to destroy Nashville. Who wants to destroy Nashville? It’s a long way from my mind,” Tompall Glaser said at the time. “But if a guy can’t offer up a good, decent alternative, he should shut the –ck up. But if he’s got a good, decent alternative, all he’s got to do is keep doing it, and pretty soon the whole –cking industry will be doing it, because there are too few people in this town that know what the fuck to do. Because they don’t love it; they’re doing it for the –cking salary.”

While Tompall took the reigns at the studio, Chuck ran the Glaser Brothers’ publishing company, which at the time boasted such iconic songs as John Hartford’s “Gentle On My Mind,” “Streets of Baltimore” written by Tompall, and “Where Has All the Love Gone.” Chuck also ran a talent and booking agency that oversaw Waylon Jennings, Jessi Colter, George Jones, Dr. Hook, Jerry Lee Lewis, Gamble Rogers, Jerry Reed, and David Allan Coe at times in their careers.

Meanwhile Jim had the most successful performing career after the split of the brothers. He charted five Top 20 hits from his 1983 album The Man in the Mirror, and despite having been around as a performer for a quarter century, earned the 1984 ACM Award for Best New Male Vocalist.

Tompall Glaser was the first of the Glaser brothers to pass away, dying on August 13th, 2013, never fully seeing his dream to revolutionize country music realized, but sowing the independent philosophy of keeping creative control of your music into musicians that still rings true today. With the passing of Jim in April, and now Chuck, the work of the Glaser Brothers in country music has officially ended. But their legacy in music, songs, harmony, and spirit linger in the music and artists of today.