They Turned the Wal-Mart Yodeling Boy Into Pop Country Garbage 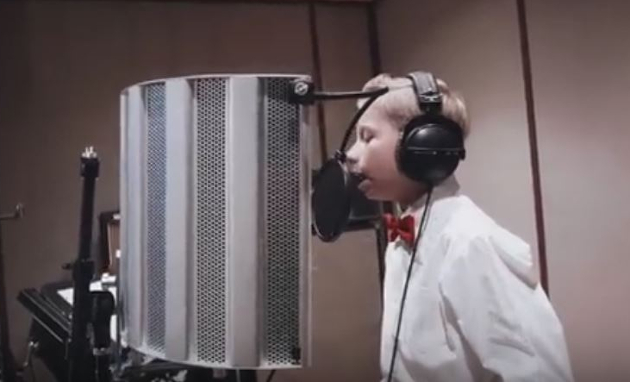 Wow. There’s truly nothing sacred in country music anymore. And the latest example is how they just took the Wal-Mart yodeling boy who went mega viral in part from the purity of classic country greatness he displayed covering a Hank Williams song, and in just a few short weeks, have now completely transformed him into commercial pop country product.

Beyond the memes and remixes and silly stuff, the original appeal and the reason Yodel Boy went viral was it awakened the love and memories for what country music once was in the hearts of millions. Mason Ramsey’s performance in a random Wal-Mart aisle seemed to speak to something missing and lost in today’s society. But of course what was cool about it to all of us is what got the music industry seeing dollar signs. So what do they do? They signed him up to a major label, and put Florida Georgia Line’s producer in charge. I’m not kidding. It’s so sinister, you can’t make it up.

When they should have let the whole Yodel Boy phenomenon chart its own course to see what Mason Ramsey would develop into as an original artist, they have now completely ruined this kid’s entire narrative. As everyone was finally moving on from the whole thing to the next viral sensation, Mason Ramsey’s parents were signing paperwork with Atlantic Records and Big Loud—the home of such country music scourges as Chris Lane, Jake Owen, and Morgan Wallen.

Then they hook Mason Ramsey up with Joey Moi, truly the worst producer in country music history, who jumped off his long-time gig as Nickelback’s producer to latch himself to Florida Georgia Line. “Famous” was written by Tyler Hubbard of Florida Georgia Line, along with Corey Crowder, Sarah Buxton and Canaan Smith. I’m not sure it’s possible to even imagine a worse scenario of what could have been done with this young man.

It’s not that this “Famous” song they’ve just released to try and skim as much money off the American consumer as possible before this whole viral arc takes its eventual downturn is something that is completely terrible. Yes, it’s got just enough acoustic guitar and steel in it to make it passable as a country song. In fact by today’s standards, it’s more country than most of what you might hear on the radio. But the stupid Joey Moi drum machine clicks, the sappy “girl” lyrics, and just the entire modern approach is the exact opposite of what they should be doing with this kid.

This is “Yodel Boy” after all. Where is the damn yodel? It’s the yodel that made the entire thing interesting. What also made it interesting was the moan and the pining present in “Lovesick Blues.” Now Mason Ramsey is just another homogenized product to make money from.

One of the most poignant and telling moments of the who Yodel Boy phenomenon was when he was on Ellen, and when asked why he performed in a Wal-Mart, Mason Ramsey responded it was because Wal-Mart was the only store around. It spoke to just how homogenized American culture has become. It was the contrast of hearing music that was so unique and unusual to the modern ear in the confines of a modern Wal-Mart aisle that fueled the sensation in the first place. And now the Wal-Mart Yodeling Boy might as well just be the Wal-Mart Boy—yet another mass-produced plastic product set to self-destruct as soon as the warranty wears off so you have to go to Wal-Mart to buy another one.

God bless Mason Ramsey, and hopefully he can figure out on his own at some point that it’s no longer him everyone’s fawning over, it’s the money they can make off of him.